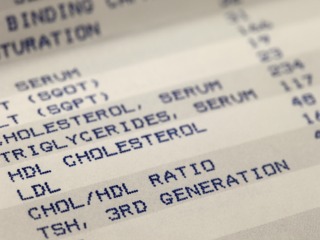 For today’s edition of Dear Mark, I’m answering three questions from readers. First up, what’s the best way to increase your HDL particle count? There are dozens of articles explaining how to reduce LDL-P, but what about HDL-P? Second, are ketones right—or necessary—for everyone? The final question comes from a reader who, despite sticking with the diet for four months, hasn’t felt the fabled “keto energy.” Should she try ketone supplements, give it more time, or what?

Any ideas of what might increase hdl-p? There is surprisingly little information that i can find. So far the only thing i’ve found is that resistant starch raises it in pigs fed a western diet .https://www.ncbi.nlm.nih.gov/labs/articles/27653386/

Exercise is a big one.

In patients with rheumatoid arthritis, exercise predicts rises in HDL-P. The largest increases are in smaller, denser HDL particles, which tend to have more antioxidative (protective) potential than larger, fluffier HDL particles.

Before you assume exercise is good in RA patients but bad in overweight older adults, think about it like this. Rheumatoid arthritis patients bear a large inflammatory burden. They’re under a lot of oxidative stress. In that situation, an increase in the types of HDL particles that protect against inflammation is probably a good thing—it indicates help is on the way.

Meanwhile, in basically healthy older adults, inflammation is somewhat low. Endurance exercise supports and enhances this low inflammatory burden—as indicated by the increase in buoyant HDL-P. When inflammation is low, your body has no need to boost production of the ultra-protective small dense HDL-P.

We see evidence of this in another study (PDF) where overweight older men with elevated cardiovascular disease risk factors went on a short-term diet and exercise regimen. Although their HDL particles lost density, the overall profile grew anti-inflammatory and protective.

Olive and thyme polyphenols seem to decrease LDL-P/HDL-P ratio, which either means reduced LDL-P, increased HDL-P, or both. Either way, it’s a positive development. Polyphenols from other foods and spices probably have similar effects.

I admit I had no idea what this article was going on about and had to do a bit of research. Now a question: Are exogenous ketone supplements something that would benefit everybody, including people who are NOT athletes, or is this just the latest “in” performance enhancer? I just want to be able to maintain sufficient fitness for an active, pain-free lifestyle as I continue to get older.

Athletes, especially endurance athletes (but likely everyone who does anything with even a modicum of aerobic activity, which is most) can benefit. I explained why and how in this post.

Older people suffering cognitive decline. The evidence is growing, from the MCTs in coconut turning into ketones and improving Alzheimer’s outcomes to outright supplementation with ketone esters improving cognition in an Alzheimer’s patient.

Patients with treatment-resistant epilepsy. The ketogenic diet is often the best treatment available for epilepsy—it just plain works—but it’s not the easiest diet to follow. It might be easy for the people crazy enough to read a daily health science blog and willing to comb through the hundreds of references it contains, but many “normals” have trouble even identifying “carbs.” That’s where exogenous ketones could help. They certainly help in epileptic rodents.

But for everyone? Ketone supplements are too expensive for most people to mess around with. Ketone supplements can rapidly spike blood ketones to levels shown to be protective against Alzheimer’s, Parkinson’s, and epilepsy, but they have a half life of 1-2 hours, so if you’re taking them for cognitive decline or epilepsy, you’d have to frequently re-dose.

Are these products really necessary? How much do they really help? I have yet to find the energy everyone is talking about and I’ve been keto for four months. Give it more time?

They aren’t necessary for most people. Or anyone, yet. It’s a very young industry, and the science is developing.

They help me with energy and endurance during my weekly Ultimate Frisbee games. That’s worth it for me, but it might not justify ketone supplementation for anyone else.

You’d just have to try. If you can eat $15, try a sample pack. The financial investment isn’t that large, and you’ll stop wondering if they work or not.

Another thing to consider: keto may not be the right diet for you. And that’s fine. But I suspect you might be looking for something that’ll never be realized.

Ketogenic enthusiasts oversell the diet. Heck, the same goes for any dietary enthusiast, whether vegan, vegetarian, paleo, or macrobiotic. Every diet is “the best thing ever” and grants adherents “unlimited power and boundless energy.”

Don’t fall into this trape. Don’t chase the keto high. Are you getting your work done? Are your workouts going well? Are you reasonably engaged with your life and the people in it?

Thanks for reading, everyone! Take care, and if you’ve got anything to add, be sure to help out with the reader questions down below.