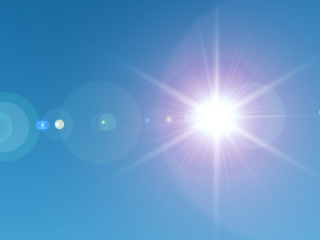 For today’s edition of Dear Mark, I’m answering two questions. First up concerns the effect going Primal has on your skin’s resistance to sun damage. While there isn’t any specific research examining ancestral eating and sun damage, several lines of evidence suggest a protective effect. Second, what’s the deal with stigmasterol, AKA Wulzen anti-stiffness factor? The WAPF says butter and cheese and milk are the best place to get it, but that pasteurization destroys it. Is this really true? And how does fermentation affect stigmasterol?

When I was younger, I burned in the sun quickly. Now that I’m older and paleo, I can stay shirtless in the sun for at least an hour at high noon without a tan or sunscreen in spring without burning. I’m very watchful because of history, but I never come close to burning. Is there any evidence the paleo diet provides protection from the sun?

There’s some decent evidence that going Primal helps protect your skin from the sun. RCTs showing added protection on a Primal way of eating don’t exist, but we have good evidence that doing the things typically characterized as “Primal” helps.

Eating saturated fat and monounsaturated fat: Compared to PUFA, both SFA and MUFA (via a photoprotective metabolite of oleic acid) confer protection against skin cancer in animal models.

Eating dietary cholesterol-rich foods: In what must have blown lipid hypothesis-embedded researchers’ minds, a study from the late 70s found that the more dietary cholesterol a mouse ate, the longer it took for UV-induced skin cancer to develop (PDF). This makes sense; cholesterol in the skin reacts with UVB to form vitamin D, thus acting as a “buffer” against sun damage. If you’re eating eggs with any regularity, you’re probably improving your skin’s resistance to UV.

Eating salmon and shrimp: The pink color indicates the presence of astaxanthin, a photoprotective “keto-carotenoid” that krill-consuming marine animals carry in their flesh. You can also go straight to the source and eat krill oil.

Eating adequate omega-3s:  One study out of Australia—land of skin cancer—found that adults with the highest serum concentrations of DHA and EPA had the least “cutaneous p53 expression.” When your skin is in danger of damage from the sun, p53 expression is upregulated to protect it. The fact that p53 expression was low suggests that the skin wasn’t in danger; the omega-3s were protecting the skin and reducing the “perceived” (and real) danger. Acute intakes of EPA reduce the inflammatory skin response to UV radiation.

Drinking coffee and/or tea: Both the caffeine content and the phytochemicals present in tea and coffee have shown protective effects against sun damage.

Also note that it’s not just about what you eat. It’s about how you sleep, too. Our skin’s resistance to UV damage follows a circadian rhythm. We seem best adapted to sun exposure during the morning/early afternoon. It’s also quite probable that a bad night’s sleep, or several, will open you up to increased sun damage, since our ability to repair UV-derived damage depends on a well-functioning circadian rhythm.

Any of that stuff sound familiar? I’ll bet it does.

Amylase and Wulzen anti-stiffness factor (stigmasterol), normally found in raw milk, butter, and cream, are reportedly destroyed by pasteurization. Do either of them survive the fermentation process to any extent in the making of raw milk cheese?

Stigmasterol is a plant sterol, a compound similar to cholesterol with benefits for joint health. It’s also called the Wulzen anti-stiffness factor after Rosalind Wulzen, who discovered a mysterious component in butter oil that restored the health (particularly of connective tissue) of ailing animals (PDF). Though it’s the most famous source of stigmasterol, dairy isn’t the only place to get it. The only reason it’s present in grass-fed dairy is because the animals obtain it from the vegetation they eat.  It’s also found in neem (a medicinal herb used in India), blackstrap molasses, and sunflower fat, just to name a few.

Fermentation? A survey of various goat and sheep dairy products, including fluid milk, fermented cheeses, cream, and butter found that stigmasterol was present in nearly every product studied (PDF). It’s safe to assume your fermented raw cheese will have some stigmasterol remaining.

Overall, what I found suggests that stigmasterol probably isn’t destroyed by pasteurization, let alone fermentation. Even if it is, there are plenty of other places to get stigmasterol. I’ve spoken highly of blackstrap molasses in the past, so go for that.

Don’t get me wrong: I still prefer raw dairy, provided it’s safe, grass-fed, and from a quality source. But I’m not sure stigmasterol is a reason to focus on it.