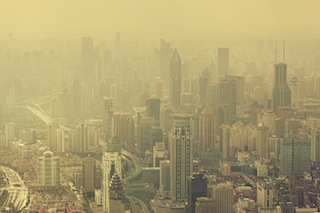 For today’s edition of Dear Mark, I’m answering two questions. The first comes from Lucas, a man whose wife is unable to eat meat without feeling sick to her stomach. As a result, she’s interested in pursuing a Pegan way of eating, or “paleo-vegan.” Is it possible to be healthy while emphasizing plant foods and avoiding most meat? Is there anything she should watch out for? And last but not least, what’s the deal with commuting to work on your bike amidst urban air pollution? We all know that active commutes are supposed to be healthier than riding in a metal box, but do the negatives of breathing all those airborne particulates outweigh the positives of riding your bike? Find out what I think.

Me and my wife have been doing the Primal [Blueprint] diet for several years. For the past few months my wife has been cutting back on her meat intake. She is eating nuts/seeds and fruit for breakfast, a vegetable heavy lunch, and then a meat focused dinner with more vegetables. For the past few weeks, she has been getting nauseous every time she has had meat. We have read information about the Pegan Diet (combining Paleo & Vegan). What are your thoughts on this? Is it possible to eat healthy while eating Pegan? If so, what concerns should we take into account?

We have already been experimenting with the logistics of this and it hasn’t been an issue. She makes vegetables for dinner and I add a steak. Or she makes zucchini/mushroom lasagna and we put hamburger in half of it. My question is really just about the health concerns.

Lucas, don’t worry too much. If she’s feeling sick after eating meat, it’s completely natural to want to avoid it. As I always say, avoid things that make you feel terrible. Plus, a healthy “Pegan” diet is totally doable. For years, my wife, Carrie, lived mostly vegetarian with some fish, eggs, dairy, and protein powder and she’s always been one of the healthiest people I know. She ate (and still eats) an insane volume of vegetation. It was easily the focus of her diet.

Concerns to keep in mind:

Watch your fat intake. Avoid super low-fat intakes, which are easy to fall into when you start restricting animals. Not so much because of anything inherent to eating more vegetables and fewer animals but because a lot of the vegan community falls squarely into the ultra-low-fat camp, and if she’s getting her advice there she may be lulled into avoiding fat. It doesn’t sound like it’ll be an issue for your wife — after all, she’s eating nuts and I’ve never seen lasagna that managed to be low in fat — but it’s something to keep in mind.

Eat enough protein. It needn’t be a high-protein intake, but don’t skimp on the protein. Because she’s not eating as much animal protein, and plant protein tends to be lower quality, she’ll probably need to eat more protein to cover her essential amino acid requirements. If she can’t handle land animal meat, which is typical, consider supplementing with a whey protein isolate. Also throw in some gelatin, to balance out the methionine/glycine ratio and at least simulate eating a whole animal (muscle meat and connective tissue).

Animal intake. Meat isn’t the only animal product. But animals produce some really nutrient-dense stuff while alive. If you can, stick with eggs, maybe some fermented dairy. She may even find shellfish and other types of seafood to be more acceptable than land-based animals. My wife was the same way, avoiding “meat” but loving a good slab of sockeye salmon with the skin on.

Carbs. Don’t try to eat like a gorilla. You can’t shovel in ten kilos of leafy greens every day and ferment them all into short chain fatty acids for fuel. Eat a few more carbs than you might otherwise to make up for the missing protein. Think tubers and fruit.

Primal doesn’t have to be a meat-fest. It’s not a meat-fest for me. The bulk of my dinner plate has always been comprised of vegetation.

What can a person do to make up for the missing meat?

I wonder if you have any views on how to reduce stress – physical and mental – on a cycle commute.

I currently commute about 5 km (3 miles) each way daily for work but this distance is about to treble. Good news for keeping active, and I am not unduly worried about the increased physical exertion (there are public transport options available too so I don’t overdo it), but I shall have to travel cross city and will be subjected to increased pollution levels. Is there anything you can recommend be done to offset the effect of noxious particulates?

Also, it’s not a particularly bike friendly city, with cyclists mostly sharing crowded roads with motor vehicles. Many motorists have poor awareness of cyclists and some actively consider them fair game for abuse; a fair few times I’ve arrived at my destination stressed by close calls. If this is likely to increase threefold too, what can I do to calm down? It’s fair to say I probably do take these things personally and an unwarranted horn blast will burn me for hours afterwards!

Many thanks for all you do.

Exercising in polluted air presents a tricky quandary. Doing things that make us breathe hard are generally healthy pursuits. But what if the air we’re breathing is heavily polluted? Are we better off sticking with sedentary commuting — sitting in an air conditioned box as it whisks us to and fro? Or should we brave the particulate-laden air and trust the benefits of exercise outweigh the downsides of polluted air?

Simply being in polluted air is bad enough. Epidemiological evidence has found links between polluted air exposure and a number of unpleasant health conditions:

When we breathe in polluted air, ultra fine particulates enter circulation to interact with cells in our body, especially endothelial and plasma cells, both of which are susceptible to particulate toxicity. And since many people default to mouth breathing when exercising, and this has been shown to push particulates deeper into the lungs than nose breathing, those who exercise in it are theoretically at greater risk from air pollution. Back when lead was added to gasoline (and proliferated through the air via exhaust), city runners often had higher blood lead levels than runners who trained in rural areas. And in a recent review, researchers posited that exercising in polluted air may dampen or inhibit the beneficial effects exercise normally has on brain function.

But there are good things about our response to exercising in polluted air, too.

When we exercise in polluted air, we ramp up immune activity to deal with the incoming airborne toxins. The study was done in runners, but this should also apply to cyclists, CrossFitters, speed walkers, curlers, and anyone else exerting themselves in polluted air.

In mice exposed to polluted air, aerobic exercise actually induces an anti-inflammatory response that may attenuate the damage wrought by air particulate exposure.

And there are ways to mitigate the (potential) damage (that I honestly don’t think is that big a deal):

But stick with the active commute. 5 km or 3 miles isn’t much, and you’re not going to be cycling like a madwoman all over the city. You’re not racing. You shouldn’t be sucking wind. If you do it right, cycling to work should take about as much exertion as walking.

That’s it for today, folks. I’d love to hear what you think about exercising in polluted air. Has anyone used a cycling mask? I understand they’re very common in London and some other major cities. And what about maintaining health on a Primal-esque plant-based diet. Have you tried it? Thanks for reading, and share you experiences in the comment board.