It’s Friday, everyone! And that means another Primal Blueprint Real Life Story from a Mark’s Daily Apple reader. This week’s featured testimonial is one of many success stories spurred by Primal Blueprint Publishing’s brand new release, The Paleo Thyroid Solution, by Elle Russ. Note: If you’re outside of the U.S. and had trouble purchasing a Kindle copy of the book, it’s now available!

If you have your own success story and would like to share it with me and the Mark’s Daily Apple community please contact me here. I’ll continue to publish these each Friday as long as they keep coming in. Thank you for reading!

When I look back on my life, I realize that I had hypothyroid symptoms for most of it. One I can recall clearly is that I was always cold. It could be 95°F outside and I would be freezing.

I was diagnosed with hypothyroidism about twelve years ago, when I had my second miscarriage in a year. My OB referred me to a well-known endocrinologist in Los Angeles, who immediately ran tests, diagnosed hypothyroidism, and without blinking an eye, started me on Synthroid (levothyroxine).

For about eight years I was diligent about taking my Synthroid pill every morning and getting my blood work done every three months. During that time I felt terrible. I was experiencing a wide range of symptoms, including fatigue (even though I was getting enough rest); weight gain (even though I was exercising like a pro athlete and eating healthfully); hair loss, cracked/dry skin; allergies (to everything); miscarriages; acne; heavy bleeding during my periods and long periods (more than seven days); and brain fog and emotional highs and lows.

Every time I would go in to see the endocrinologist, he would tell me my blood work was good and fell within the normal range. He would update my prescription and send me on my way. Several times I complained about having no energy and gaining weight. He told me I was probably just eating too much. (I was training for a marathon at the time.) When I asked about other options for medication, he just said Synthroid was the only option. Nothing else worked for hypothyroidism. I trusted that my endocrinologist new what he was talking about.

One day I was due to have my blood work done, and I was just too exhausted to drive the 5 miles to my endocrinologist, so I made an appointment with my internist, who is located less than a mile from my house. She did all my blood work and when she went over the results with me, she said “Your thyroid results are low, and did you know you have Hashimoto’s? I’m not sure why your endocrinologist has you on Synthroid…it doesn’t work well for people with Hashimoto’s.” This doctor appointment changed my life. My internist prescribed a new compounded medication for me (T4/T3 combination) that day, and I started taking it immediately.

After that appointment I went home and curled up on my bed and cried for the rest of the day. I was so angry and depressed that my endocrinologist never tested my thyroid antibodies to find out whether or not I had Hashimoto’s. How could he have misdiagnosed me and mistreated me for eight years? I was beside myself, because he not only ignored and dismissed all of my complaints, but also he made me feel as if I were a crazy person and a hypochondriac.

A week later I went back to my internist and she took some intensive blood tests to check all my vitamin and mineral levels. When we went over the results of those tests, she said to me, “If you were not sitting in front of me right now I would have concluded (based on the results of your tests) that you were a person who is going through chemotherapy. Your immune system is severely compromised.”

We immediately started a vitamin/mineral protocol to get my immune system back into shape. I am happy to say that after a year of supplementation, along with the new medication, my thyroid and immune system started to work properly again.

For eight years I suffered with massive hypothyroid symptoms and didn’t even realize it until my new compounded T4/T3 medication kicked in and I started feeling better—in fact, I felt amazing! All of my hypothyroid symptoms went away. I was losing weight; feeling smarter/more focused (my brain fog vanished!); started having shorter and lighter menstrual periods; free of all allergies (this was huge!); energetic and enthusiastic; and happy!

Now I go in and get my blood work done every six months. My doctor adjusts my medication, depending on my test results combined with how I feel. If I am having any hypothyroid symptoms, my doctor listens to me and adjusts my medication accordingly. I love that she doesn’t just rely on test results and isn’t afraid of a Free T3 that is toward the top or at the very top of the range.

After many years on compounded T4/T3, I decided to adopt a paleo/primal lifestyle. Elle had gone primal a couple of years prior, but she didn’t try to convince me to change my diet and exercise lifestyle because she thought I would be the last person in the world who would ever be open to eliminating grains from my diet. That is, until Elle spoke with Dr. Gary Foresman about Hashimoto’s. Very concerned for me, Elle immediately called me and explained the connection between grains and Hashimoto’s antibody levels and what that meant for my long-term health. I was unaware that it was even possible to consciously lower my levels of thyroid antibodies, nor did I know that lower levels were better than higher levels. I assumed, like many (and my uninformed doctor!), that because I had Hashimoto’s I would always see the presence of antibodies on my blood tests and that the fluctuations were random and uncontrollable. I was also unaware that higher levels of antibodies are detrimental to my long-term health and could potentially ignite other autoimmune disorders and other health issues.

Since I adopted a paleo eating strategy and lifestyle (including significantly reducing my high-intensity tennis workouts from three to four days a week down to about one day a week), my Hashimoto’s thyroid antibodies have decreased significantly. Before going paleo, my TPO (thyroid peroxidase) antibodies were over 200 and after six months of adopting a paleo lifestyle (with a few cheat meals), my antibodies dropped down to 70. As of June 2016, my TPO antibodies are the lowest I have ever seen them…down to 25! Having the lowest level of thyroid antibodies is my new goal. Even though weight loss wasn’t a conscious goal, everyone in my life has noticed a major difference in my body. I have slimmed down even more and any inflammation/bloat that I had disappeared. The biggest change I’ve noticed since going paleo and becoming fat-adapted, is that I eat a lot less food overall. My body is more efficient and I no longer have the blood sugar highs and lows that I used to. The cranky monster that would come out when I started getting hungry no longer exists!

Because I am the cook in the house, my husband accidentally (or by default) transitioned to the paleo lifestyle with me. At first he expressed some resistance, because he is a creature of habit and believes that every meal should have protein, salad or vegetable, and some sort of carbohydrate like bread or pasta. There were definitely some grumbles at the dinner table when I first eliminated grains from our meals. Soon enough, he actually realized that he was benefiting from the paleo lifestyle too. He no longer had arthritis pain, he lost weight, he went longer in between meals, and he had a lot more energy. My husband has come a long way from being a reluctant convert.

Of course I am human, so yes, I do cheat every once in a while! I have no guilt about taking on a slice of pizza or a bowl of pasta every now and then. That said, it definitely comes with a price to pay. When I do cheat with something containing grains, I get stuffy and feel bloated the next day. I also wake up hungry and feel stiffness in my body. I have noticed after a solid year of going paleo that I rarely crave sugar. Being paleo has made big a difference in my life. I feel so much better, and I feel so much freedom around food because I am not always thinking about my next meal.

What I have learned through my Hashimoto’s journey is that it is very important to get second and third opinions, follow your intuition/gut, ask questions, learn about your health issue, listen to your body, and don’t let anyone make you feel bad about yourself. Oh, and go paleo! 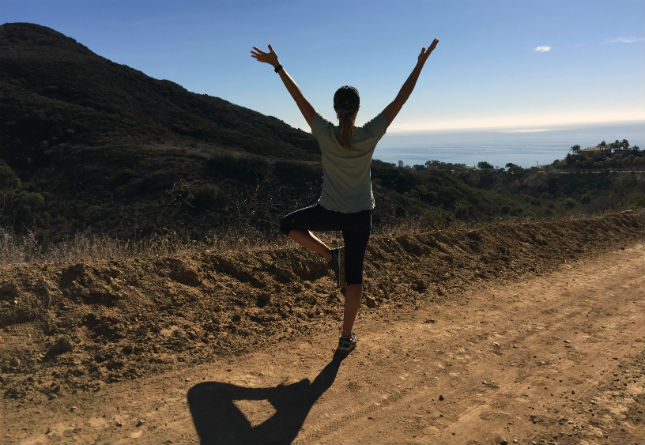 New and Noteworthy: What I Read This Week—Edition 190