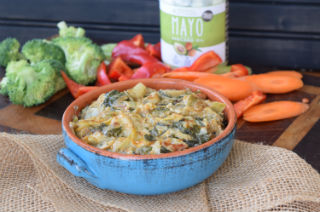 This a guest post from Kim and Amanda of PaleoSchmaleo.

Kim and I were gifted with a glorious bottle of pre-made paleo approved (REAL FOOD) mayo from Primal Kitchen. I say glorious, and I don’t use that term lightly, mostly because of the word pre-made AND also the fact that it’s all clean ingredients! SCORE! Let me share a little something with you…as much as I enjoy cooking, I am not above a pre-made or chopped shortcut on occasion, especially during a busy workday. As long as it’s ingredient list passes my inspection of course, I’m in even if it costs a little extra money. I figure sometimes, the money is worth the time I’ll be saving.

In other-words; yes, the juice is worth the squeeze. 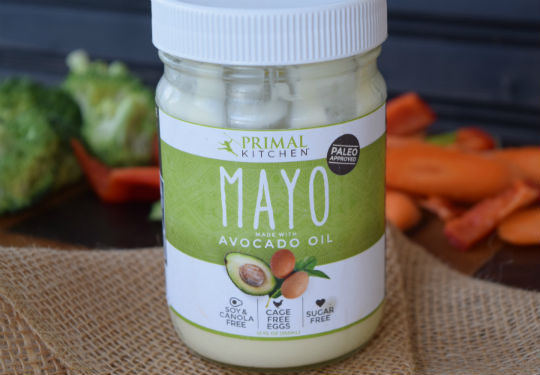 So, when we got Primal Kitchen’s mayo and it held up to our taste buds approval, it was ON! Mayo dishes were flowing and it was one less step for us to do in the kitchen, less dishes…woohoo!!! I don’t know about you but I do NOT have a dishwasher but it’s defiantly on my bucket list to own one day…until then its just me and blue dawn. Besides making the usual dishes we already make we wanted to create a new recipe specifically using this mayo. We brain stormed it up and decided to try and create a “cream” style dip. Then the Spinach & Artichoke Crab Dip evolved…true story.

I went over to Kim’s house last Sunday and we had a cooking party in our PJ’s! Hence the no face pictures either, we were AL-natural (scary) no make up. It was fun! We always have a good time when we are being silly in the kitchen.

We hope you enjoy this dish as much as we did! This would be the perfect addition to any party potluck! And you can leave out the crab if you aren’t a seafood fan! ENJOY! Let us know what you think!

Take your chopped shallots and begin to caramelize them in a large skillet. While they are caramelizing, roast your peppers. Multitask! 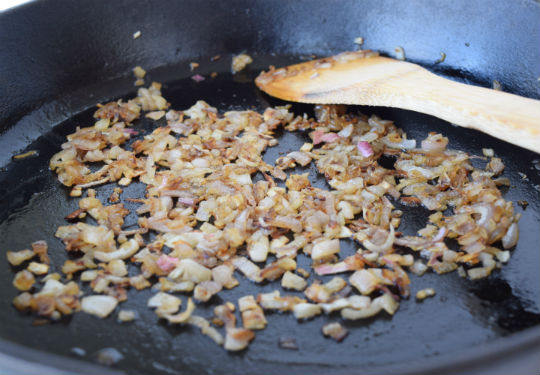 Once your shallots are caramelized, remove from the pan and let them lay on a napkin to dry and crisp up. Leave the oil in the pan.

In that pan, on medium heat, add the artichokes, water chestnuts, crab meat, garlic and heat for 2-3 minutes stirring occasionally. (You might have to add more ghee or cooking oil/fat of your choice.)

Add in the spinach and cook down until soft.

Stir in mayo, coconut milk and all the seasonings (except the arrowroot) including the lemon juice and bring to a boil.

Take the arrowroot and dissolve it in 1 tablespoon of water, stirring it to a liquid then pour it into the dish and stir until blended.

Put your whole skillet into the oven to bake 15 minutes or until it bubbles.

Serve with some of your favorite dipping veggies!

Note: Some people are allergic or do not like certain seafoods. When taking this to a party, you can always leave out the crab meat. 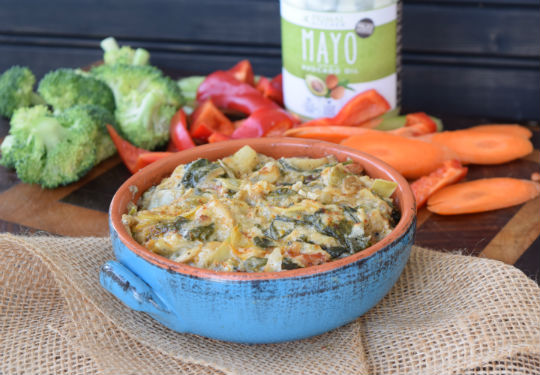 New and Noteworthy: What I Read This Week—Edition 178