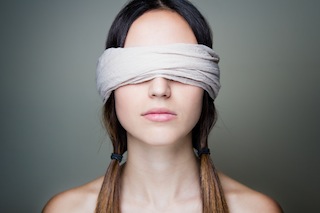 You read Mark’s Daily Apple every day. Paleo health, nutrition, and fitness folks populate your Twitter feed almost exclusively. You’ve got several PubMed alerts set up, helping you stay on top of the emerging evidence. Everyone in your immediate circle knows to come to you with questions about diet and exercise. You’ve been living like this for the better part of a decade, and things are going well. But what if there were a few blindspots you didn’t know about, or assumed you didn’t have to consider?

I’ve been doing this for a long time. Over the course of 10-odd years, I’ve realized that many Primal and paleo enthusiasts have a few glaring blindspots. They may not be cataclysmic, but addressing them—or at least acknowledging their existence—can certainly improve your health and happiness.

Let’s look at three of them.

Feeling their diet and lifestyle makes them immortal.

It’s easy to get caught up in the rapidity of initial health improvements accompanying a Primal lifestyle. You lose a dozen pounds and several inches off your waist. You stop falling asleep at your desk once 2 o’clock rolls around. You’re no longer ravenously, constantly hungry. Foods that used to be pleasantly sweet are now cloyingly so. You read about the relative dearth of degenerative diseases in even long-lived hunter-gatherer peoples, figure you’re “eating just like them,” and assume you’ll also live long and well without having to see a medical professional or worry about cancer or heart disease. After all, you’ve eliminated refined sugar and grains, get plenty of physical activity, and adhere to all the Primal laws (and even some of the runners-up). What could go wrong?

That’s not how it works.

We’re all mortal. We’re all going to die. And it’s not always going to be a pleasant subtle shift into non-consciousness. It may very well hurt. It may very well involve a long, protracted degenerative process. The fact remains that maintaining a relationship with a health professional can actually help stave off some of these unpleasant complications. I absolutely, wholeheartedly maintain that diet, lifestyle, and exercise are the most important factors in determining how one lives and dies, but don’t write off modern medicine.

Ignoring the role of genetics.

I’ve often said that the key to determining how genetics affect our health is through epigenetics: the turning on and turning off of genes in response to certain environmental stimuli. If we can just expose our bodies to the right environmental stimuli, we can. The “cancer gene” only becomes cancer-promoting in the wrong environment.

That’s probably true, but it’s also true that we don’t know all the environmental-gene interactions going on inside our bodies. Sure, eating healthy, lifting weights, getting adequate sunlight—these behaviors have been shown to reduce the risk of cancer, even in those prone to developing it. But those with a familial history of cancer, heart disease, or other illnesses shouldn’t ignore it just because they’re seemingly doing everything right.

Heeding genetics doesn’t mean submitting to the slings and arrows of destiny. I want to make that clear. But the guy with the “obesity genes” is more likely to become fat in response to food. To avoid obesity, he’ll have to eat cleaner, limit junk food forays, and train harder and more frequently than those jerks with genes that allow them to stay effortlessly lean. At a population level, genetics tell accurate stories. In the individual, genetics identify predispositions.

The difference here is that in our genes we have a static, immutable recipe that doesn’t change over time, but is profoundly affected by the epigenetic inputs we decide to present. And that’s where the power of paying attention to your genetic makeup lies: as a roadmap for potential epigenetic triggers we ultimately control. If you ignore your genes, you’re flying a little blind.

Humans are all built with the same basic physiological machinery. We use the same enzymes to process fats, carbs, and protein. We make the same endogenous antioxidants. Some of us don’t produce insulin, but we all respond to it.

And that’s why the basic Primal plan works for just about everyone. Because at the heart of it, eating Primal means ditching processed junk food and eating nutrient-dense animals and plants instead. It’s hard to go wrong with that. At the very least, it’s a great start.

But sometimes things stop working as well. And people get disillusioned. They get desperate and flail about, trying anything. Maybe they just need to get specific.

We know that humans are still evolving. A couple years ago, I even wrote a post describing some of the basic changes that the human genome(s) have undergone in the years since agriculture. Although personal ancestry-based dietary and lifestyle advice is years out, and we’re still figuring out the details and limited to making educated guesses, it might be worth it to think of your health and eating practices in terms of ancestral expectations.

Consider what I discovered after getting my genes analyzed. Much of what I was already doing—avoiding chronic cardio, eating more fat, taking more vitamin D (or sun) and omega-3s—was vindicated by the DNAFit results. It turns out that since I’m of Scandinavian stock, I’m adapted to and likely need a diet higher in fish and vitamin D for optimal health. I have the genetic predisposition to excel in endurance athletics, but my genes also predicted I’d be a strong power athlete; that explains why I was an elite marathoner in the old days and more recently have found decent success lifting and sprinting. I’d already figured all that out through trial and error, but not everyone does. Using your recent personal ancestry as a rubric for making lifestyle and diet modifications can be helpful. You don’t even have to go get a genetic test, although that can make it easier. You could simply ask your grandparents about their grandparents, or track your surname(s) and determine where in the world they likely originate.

It’s a fun detective game that can really pay dividends for your health and happiness. Later, I’ll probably write more in depth about using one’s recent ancestry to find clues about optimal lifestyle.

If these aren’t blindspots for you, cool. I don’t expect these to be issues for everyone out there. But they aren’t rare, isolated examples. Look within and ask if you’ve been ignoring some of these blindspots.

What else do paleo or Primal people tend to miss? What other blindspots are there?