Over 100 Pounds Lost Is Just Part of the Story

When I was 13, I started having a lot of sick days. Initially, I was having migraines from time to time. Then one day they seemed to be happening on a very regular basis. I started seeing different doctors, and they couldn’t figure out why I was having them. By this time I started vomiting, sometimes multiple times a day, but it was every single day. I also started having trouble sleeping. When 8th grade rolled around, I was seeing doctors all over the place, having weekly tests done for a million different things, but still nothing showed. I was on a lot of different medications that no child should ever have to take, and the only thing that happened was extreme weight gain, basically. My every day life was hell. On top of being so sick, and having no answers, I was tormented daily at school which didn’t help. Before I knew it I was also on anti-depressants, anti-anxiety medication, and had begun therapy.

After two and a half years of constant testing, going to doctors all over the Midwest, continually being sick and getting no relief, we had a diagnosis: Lyme Disease. My blood tests were off the chart high. I began seeing a specialist that was eight hours away from home. During this time (and through the majority of high school), I had to be home-schooled, and I hated it. I was on nearly a dozen medications from extreme doses of antibiotics, to pain killers (Morphine, Vicodin…), migraine medication, sleeping pills, anti-depressants, anti-anxiety pills and the same anti nausea medications they give to chemo patients.

By this point I was 17 and getting weekly injections of the strongest antibiotic you can get. My nurses had me call them when I was on my way so they could warm the serum and change the needle to a smaller one because they couldn’t stand the thought of sticking me with the needle that came with it…yes, it was that big. It literally took a couple of minutes for them to push all of it into me. At the end of each injection, I was left with a rather large welt and bruise that would last until the following week when we would switch hips. The injections lasted for more than a year. I never got better. I think in time I simply became used to feeling like absolute hell day in and day out. This was my life. The only good things I had were my family, my friends and my faith. All I could do was trust that if God brought me to all of this, eventually HE would get me out of it. That is all that held me together, because believe me, I didn’t want to live. I wasn’t living. I was a zombie.

In time I got off of most of the medications because they no longer helped me anyway. From time to time over the next several years, new symptoms would show – bringing a new round of doctors, tests and sometimes medication (all while being uninsured mind you). More often than not, I tried to ignore my health problems because they were all I had known for so long. 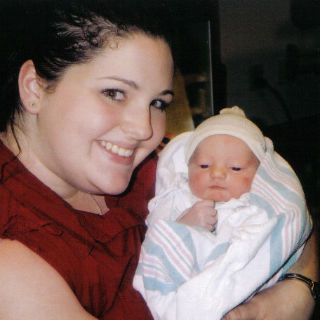 By the end of April of 2009, at the age of 23, I had moved to Florida in search of finding myself again. Shortly after I moved down there, my mom was diagnosed with breast cancer. I remember thinking to myself, “Hey life, it’s been a while since you’ve turned upside down, so why not?!” I was devastated and so scared.

In time I found out that I never should have been put on a medication I had been on for a decade, so that was thrown out. Insert a new onset of health problems. Here I was 24, and now on top of my normal health problems, I was scared out of my mind that I was going to have cancer someday because the odds are SO high that I will. I starting having excruciating migraines again, I couldn’t sleep, and was now dealing with heart arrhythmia. New tests, new doctor, new meds, same ol’ song and dance.

By the time I was 26, I was living in Washington, D.C. and by all accounts should have been loving my life. The one thing I had been able to count on for thirteen years health-wise was that I could deal with (and on most days tolerate) certain levels of wanting to throw up all day (and thank God I no longer actually did every day), migraines, and bouts of insomnia.

In April of 2012, I sprained both ankles at the same time. Seemingly once I was fully recovered from that, something else started. By that September I would have rather been dead than feel the pain I was in every day. I had multiple emergency room trips, and the pain was chalked up to pinched nerves. I did everything suggested and nothing helped. I was throwing up pretty much daily again from the pain, and pain killers weren’t helping. I couldn’t sleep. I couldn’t do anything it seemed. I’m sure my ex was ready to be done with me and I felt like a burden to him. I became really depressed…again.

During this time, my mom was diagnosed with Fibromyalgia. Her doctor said you can be genetically predisposed to it and after telling him all of the ongoing problems I was having, he seemed to think it was very likely I could have it as well. I started seeing a doctor again after how bad the pain had gotten. I became obsessed with researching it. Because I had the Lyme’s diagnosis, we just chalked ALL problems up to being related to that. In reality though, Fibro made much more sense. During this time I began having such horrific joint and muscle pain that I cried throughout the day, and eventually cried myself to sleep every night. I would wake up in the middle of the night, practically screaming in pain. I wasn’t working and it was truly hell…again.

Christmas 2012 I got a juicer and I started researching natural Fibromyalgia treatments. I began reading The Primal Blueprint (and a few other books) a few months into juicing and was astonished. Everything made absolute sense. By going Primal, I had cut out virtually all dairy, all grains, all legumes, and all processed foods. I juice (though you don’t have to in order to be Primal, but I do because I love the energy that comes from the extra doses of fruits and veggies) and eat incredible tasting foods. Within the first two months of these changes, I had gone without a single prescription pain killer for the first time in literally 14 YEARS. I had a mere three migraines in those two months, and they paled in comparison to what I used to experience with them. I began sleeping well every night for the first time in 14 years. A bad night consisted of maybe 15-30 minutes of numbness or tingling sensations going up and down my body, but even that had become rare. 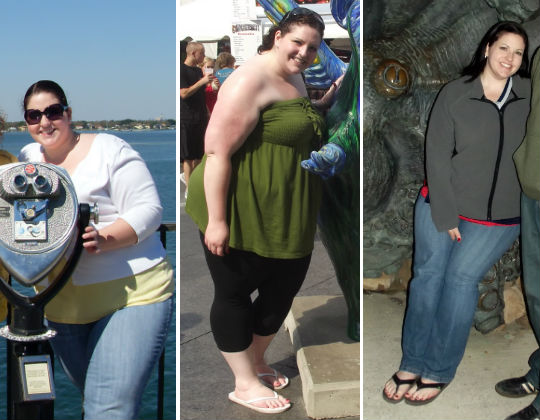 By May of 2013, I was down 104 pounds from my highest weight. I did my first Susan G. Komen Race for the Cure (5K, but still) and felt great. I traveled a lot that summer. I stopped blogging, hit a huge plateau and then God started shaking up my life…again. 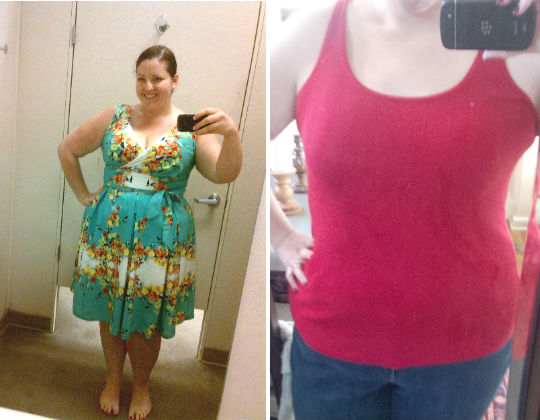 October of 2014 brought changes that I never thought would happen. My ex and I moved out of our apartment and into separate places, I stopped being pseudo step-mom to the child I loved as my own. I fell late that month and tore multiple ligaments in my foot and stopped working out for months because of it. My depression came back tenfold and I stopped caring. I stopped caring about making sure I was living the life that I knew made me feel better. When you are THAT depressed (though you don’t care and it’s all you can do to get up), you put on a happy face, go to work and not fall apart until you get home. In time, we finally broke up and I made the decision to leave DC and head back to my roots. I needed my people.

In May of 2014, I moved to St. Louis, which is two hours from my hometown and has been a second home to me for most of my life. By the middle of June I had spent more time with my family than I had in the three or four years prior. My heart needed that. Towards the end of that month, a very old friend that I grew up with was taken from this Earthly world far too soon. His death made me do a lot of soul searching. Through the rest of the summer, I realized just how much of myself I had willingly given up and/or had taken from me and decided that was no loner happening. I made the decision to embrace all of the good things that I had in my life. I had a pretty brutal fibro flare that lasted for a couple of months. By Labor Day I had gained back roughly 30 pounds. The funk that I had been in finally was gone. 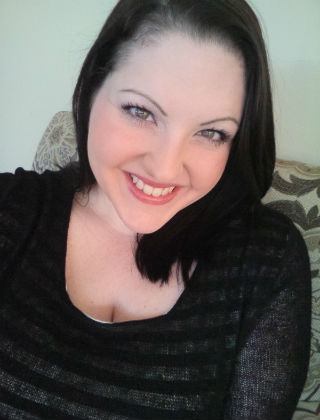 I started really getting back into the gym, bike riding, small reps of lifting and taking core muscle classes. I got back into juicing in the mornings to give me the instant boost I need and eat as Primal as possible the rest of the day. I’ve more than lost the 30 pounds I had gained back. I am at 130 (which makes for about sixty pounds since Labor Day 2014) pounds gone now. I still have another 80 or so to go but I feel SO good. The only medication I take now is Claritin. I don’t know if I’ll ever be able to go off of it, but to go from a dozen medications to ONE is amazing. I live life now. I embrace it. I own it. I know I have quite a ways to go still, but I know how far I’ve come. I have a blog about my experiences with juicing, Primal and obtaining a general sense of wellness in my life. It’s been read in 38 countries now, which is mind blowing to me. It’s therapeutic for me, but honestly, I feel like it’s my duty to let others know that they can absolutely change their stories. Just because your life has been a certain way for however long does not mean that is how it should be or how it has to be.

What’s different for me now is that my journey isn’t just about weight loss. The journey I’m on is one that I will be on for the rest of my life. It’s a journey of physical, emotional, mental and spiritual wellness. It’s a journey of helping to prevent some of the rather unfortunate genes I have inherited. It’s a journey about truly living life instead of just getting through it.