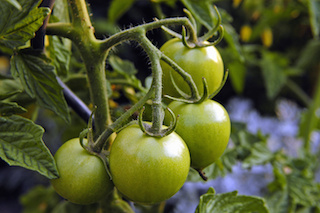 For today’s edition of Dear Mark, we’ve got a four-parter. First, Dean Ornish rears his head once again, this time making the claim that even paleo eaters with stellar lipid numbers invariably have clogged arteries. Should we listen? Next, what’s a good strategy for improving recovery from CrossFit workouts? More carbs, more protein, pre workout, post workout — what’s the deal here? Third, are nightshades responsible for hidden inflammation in everyone who eats them? Or is it just the folks who get joint pain and other confirmed symptoms who have to worry? And finally, I give a few tips for a frequent barefooter suffering from dry, cracked heels.

The current issue of Prevention has an article where a doctor says the Paleo patients he sees present with severely clogged arteries even when lipids are good. This is alarming and I wanted to hear your thoughts. Also – my husband and I had amazing success by following your plan, but now carbs are creeping back into my husband’s diet. He has high LDL and 45% of his particles are small/dense. Can you tell me something to tell him to get him back on track. I feel like we’re playing a dangerous game if we continue to eat Primal, but don’t cut our carbs. He has minor plaque already in the LAD. I want to be able to tell him…”Mark said you better {{fill in the blank}}… Thank you so much for everything you do.

That doctor is none other than our old frizzy-haired friend, Dr. Dean Ornish. Though an MD, Ornish doesn’t actually see patients, unless you count the celebrities he counsels, like Bill Clinton (who’s since renounced the veganism Ornish recommended and taken up a low-carb Paleo-esque diet). Instead, he writes columns and works the advisory boards of companies like McDonald’s, Pepsi, and Mars.

Don’t get me wrong. Dean Ornish means well, I think. He even put together an effective lifestyle management program for smokers with heart disease. Given his biases, though, he’s simply not equipped to comment on the Primal lifestyle. What’s funny is that we’re not that far apart from each other. Check out what he employed for the smokers in his heart health program:

And yes, it worked. Smokers with heart disease who quit smoking, stopped eating a standard American diet, started meditating, hung out with people in similar situations to talk through their problems with a professional therapist in attendance, exercised regularly, and lost a lot of weight reduced their risk of cardiac events and even improved the amount of atherosclerosis in their arteries. The control group of smokers with heart disease, who did none of that stuff, saw no reduction in risk or atherosclerosis. You can’t take that away from Ornish, or try to ignore it.

However, it doesn’t mean his diet is “better” than anyone else’s. It means that all those interventions, including the diet, combine to improve heart health. It may be all of them or just one doing the trick. We can’t know. He’s assuming the diet’s the most important factor; I’m just not convinced it outweighs the other lifestyle inputs.

That said, a high-carb, high-fat diet is really tough to pull off without incurring health problems, like hyperlipidemia or overweight. High-carb, high-to-moderate fat is just about the worst kind of macronutrient ratio for heart health; it’s no accident that the standard American diet is high-(refined) carb, high-to-moderate (refined) fat. It’s notorious for elevating LDL particles, especially the small, dense ones. Professional athletes, high-performance CrossFitters, people training hard nearly every day of the week can get away with pairing large amounts of fat and carbs together, but most people cannot. If your husband wants to eat more Primal-friendly carbs like roots, tubers, and fruits, he should reduce his fat intake (or adjust his activity up) accordingly. Increasing the carbs is fine and can work with a Primal eating plan, just not if you keep the fat high.

I was wondering what some good options would be before and after my CrossFit workout that might help me to recover. I take a 100% whey isolate shake right after my WOD but with little to no carbs, and eat a balanced meal about an hour after. Should I be having carbs in the shake? Thank you.

For most people, a mixed meal anywhere from an hour to several hours after a workout is sufficient. The post-workout period of heightened insulin sensitivity lasts for several hours, so you’ll still be taking advantage of the rapid glycogen replenishment.

A CrossFit WOD is a different beast than most typical workouts. It’s very demanding, utilizing the glycolytic pathway and burning lots of muscle glycogen. To recover, you need to replenish the glycogen and you might want to do it a little more rapidly. If you’re concerned primarily with workout recovery/performance (and it seems like you are), not fat loss, go for a small mixed meal 30-60 minutes beforehand. About 20 grams of carbs, 20 grams of protein, and whatever fat comes along for the ride. A few possibilities:

These are all light meals that won’t sit heavy in your belly during a workout, but they provide enough carbs, protein, and fat to help you perform. They’ll also indirectly help your recovery by reducing the amount of endogenous carbohydrate you draw upon during the workout.

Don’t forget the coffee or strong tea, if you drink it; caffeine can really improve workout performance. One study even found that a pre-workout caffeine-rich amino acid supplement improved performance, recovery, and training adaptations throughout a three week high intensity interval training program.

Post workout? In theory, your balanced meal an hour after should be enough, but if you’re writing in asking for help with recovery, it’s probably not doing the trick. Keep the meal but add some carbs with your shake. Try that whey and banana shake. Then, go for the meal an hour later.

Hello, Mark. I love your name.

The whole nightshade thing is really overblown. I wrote about it almost seven years ago, and my position hasn’t really changed. If tomatoes (or other nightshades) make your joints hurt, don’t eat them. If you can eat tomatoes (or other nightshades) without feeling any negative effects, eat them. Some people have bad, crippling reactions to nightshades, which include tomatoes, potatoes (but not sweet potatoes or yams), peppers, eggplant, and paprika. Most do not.

The vast majority of research shows that tomatoes, tomato products (juice, sauce, paste), and tomato extracts exert effects the thrust of which can be described as anti-inflammatory. As for the downsides?

The bulk of the solanine (a kind of pesticide manufactured by the plant than can inhibit the body’s breakdown of acetylcholine and trigger overactive nerves) in tomatoes is found in the leaves, not the fruit. (There is some solanine in potatoes, but it really only amounts to trouble if you eat green sprouting potatoes. Just avoid the green potatoes and you should be fine. Peeling also helps, as most solanine resides in or near the skin.)

There really isn’t much, if any, published research on nightshade sensitivity. Don’t get me wrong, though. It definitely exists. But I think it’s rare enough — and self evident when it happens due to subjectively obvious symptoms like joint pain — that the average person who likes tomato sauce and hot peppers can happily enjoy them without worrying about hidden inflammation.

That said, anyone with arthritis (or joint pain in general), an autoimmune disease, or something with potentially numerous causes like fibromyalgia should consider a nightshade free diet trial. Just go without them for a month and see if you notice any improvements. Tomatoes are delicious, sure, but it’s worth a shot.

I am a huge follower of the barefoot movement and often do my walks shoeless (not even FiveFingers) as I have heard about the huge benefits of grounding. However after a couple of walks my heels start cracking. Though I’m not one to worry about the aesthetic nature of feet it does eventually lead to a very annoying pain.

I don’t believe that Grok often had to struggle with such problems and I would firstly like to know your opinion on it and if you have a solution to it.

Thanks, Mark, keep up the inspiring work.

Some degree of dry, cracking heels is normal. The feet aren’t particularly moist, and regularly going barefoot can produce calluses which may be prone to cracking. There are a few things to try if you’re not doing them already, though.

Barefoot Ken Bob, a pioneer of barefooting, has an entire post devoted to solving the cracked heel issue (so at least you’re not alone in this). It may help you.

That’s it for today, everyone. Thanks for reading and be sure to help out in the comment section!