On the Path to Healing: 30 Pounds Down and IBS Under Control

My story is not as huge of a success story as other people I have read about, but then again, I did not start out completely unhealthy.

I was always really active growing up and I was a dancer as well. I never ever struggled with my weight and ate whatever I wanted. I never could understand how people could get overweight—after all it was easy for me! I stayed slim and lean through dance and just a generally active lifestyle.

I danced for most of my early years, and stopped when I reached college. I had terrible eating habits by then. I ate anything I wanted at the time, because that was what I always did when I danced. However, when I was eating the same way at college, I started to gain weight. Then I started to get cravings that would not go away until I had said item. Cheeseburgers, french fries, and everything else bad for me, were my staples. 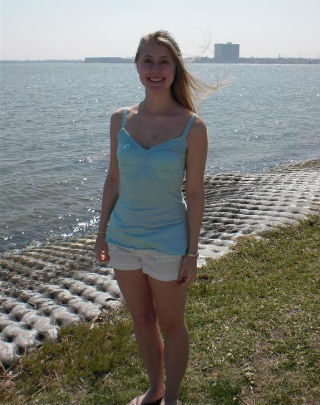 After I entered grad school, I developed severe IBS. Every day I would get terrible cramps that would not go away. I would get constipated for three days at a time, every two weeks or so, then have horrible diarrhea. I wore sweat pants all the time because it hurt too much to wear tight pants. I actually landed in the ER with colitis and was quite literally filled with crap. I could not eat for three days. In sum, I was really sick most days and I had gained 40 lbs since college. I was shocked when I looked at the scale. After that I stopped looking.

I actually started paleo because my parents did. Their story is actually much better than mine. They kept sending pictures of themselves and they had lost a ton of weight (my dad lost 50 lbs) and I asked what they had been doing. Their eating habits had drastically changed as well. So I checked into this whole paleo thing. I did not get it to begin with and it made no sense to me. My mom actually came for a visit with my husband and I. She made a paleo dinner for us and it all clicked. After that I was hooked. 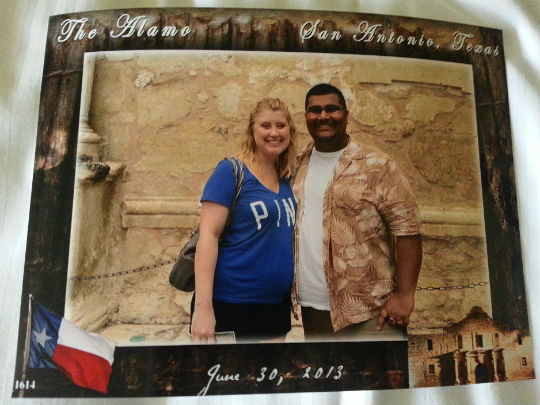 I did research constantly that first week. My mom was the one who got me started on some basic research to help me understand everything. She told me about Mark’s Daily Apple. I fondly call it my “paleo bible.” It was my “go to” for any questions I had regarding paleo and what I should eat and what could cause harm if I did. In one week I had cut out bread, gluten, starches (like potatoes and corn), and reduced my sugar intake to almost nothing.

For a while I had fruit with my lunch everyday, especially apples and pears. I actually got stomach cramps and I found out I have a fructose sensitivity. I then reduced any fruit that I would normally have to either half, or consumed fruits or veggies with a lower sugar content. As for carbs, I cannot cut them out completely because it causes too many problems with my system, especially as a woman. I did it at first, but my system went into complete shock and things started to go awry. As a result, I only consume healthy carbs but I do not go overboard. After being on paleo for a while, I noticed that consuming any unhealthy carbs causing mild swelling in my body and especially my face. I try to avoid them. Corn also caused itchiness all over – so I try to avoid it. 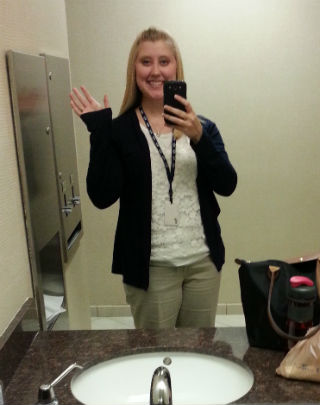 My IBS is completely under control now. It is not completely gone, but it takes some time for the gut to heal. I stopped having most cravings – though they were intense for the first week and a half. I definitely had “carb fever” at the beginning! When or if I have cravings, I try to retrain my brain that I want that good time associated with eating that particular food, not the food itself. I actually prefer a general empty feeling in my stomach, rather than the over-full feeling that I had after eating—a 100% change from before paleo. I also noticed that I need less sleep than I used to and have so much more energy. I eat at home a lot now, and I have to get creative to avoid the foods I used to eat. I enjoy different things now, and I have lost 30 lbs altogether.

Thanks so much for all you do,