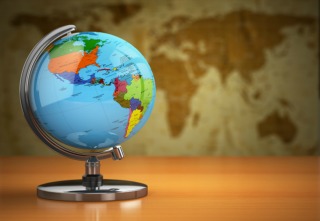 And if you take a look at the global fat rankings, the picture gets even murkier. The top 7 are island nations in the South Pacific. After that it’s Kuwait, whose Kuwaiti dinar is the highest valued currency in the world. Next is the United States, then Kiribati (another island nation). Dominica, Barbados, Argentina, Egypt, Malta, Greece, New Zealand, the UAE, Mexico, and Trinidad and Tobago round out the top 20.

It isn’t clear to me that obesity is a first-world problem. It used to be, before industrial food wriggled its way into every corner of the world. Now it doesn’t discriminate.

People also use “first-world problem” another way: to shut down an argument. No one in the comment board was using it like this, mind you. It’s just been on my mind lately, so I’m going to explore it.

It’s tempting to use it that way during an argument or debate. You feel you “win,” and it’s kinda clever, and you’ll get a few chuckles. It has the veneer of valid criticism—yes, famine is objectively worse than too many fast food joints in your neighborhood—but nothing more.

Problems are problems. You can’t expect an obese man to prioritize addressing starving kids halfway across the world and feel guilty for the money and focus on eating healthy to lose 60 pounds. That’s not how people work. We care about what’s close. We care about what hits home, what affects us and ours directly.

Some would characterize this as a flaw that humans must evolve past. I disagree. I think it’s a feature.

Carrying around 60 pounds of extraneous tissue is a big deal. Fearing a single flight of stairs because you’re too heavy is not okay. Having sore knees from added stress each time you take a step is a major material consequence. These are not trifles. This is serious stuff.

And so is famine, and war, and the latest terrorist attack. But which can you actually change?

Caring about atrocities in the world feels like you’re doing something. You can even post to Facebook and help your peers feel like they’re helping. But just being aware has little to no chance of causing material benefits to those suffering. What are you going to do about them? How will you proclaim to the world how mad you are at the injustice of it all help?

There are ways to contribute to the solution, and I’m not in any way denouncing or minimizing those, but caring about larger issues still doesn’t change the truth that we inevitably have more influence on what’s closest to us.

Meanwhile, caring about those extra 60 pounds you personally carry has a higher chance of leading to meaningful change. Those changes can reverberate through your immediate circle of friends, family, and coworkers. They’ll see you lose the weight, or at least give it your all, and perhaps feel inspired to try something similar.

As you lose your weight, you can still care about bad stuff happening to other people. The two concerns can coexist.

Again, I’m not accusing any of my readers or commenters of making this argument. It does seem to happen elsewhere, though, and I don’t want people feeling like their personal concerns are “wrong” or unworthy compared to what else is going on in the world. None of us need that, and it helps no one.

I’d love to hear your take on the “first-world problem” question. Do you agree, disagree with my stance?

Thanks for reading, everyone. Take care. Be well.