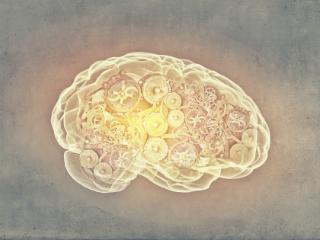 Hang around on nootropic forums where fans and users congregate and you’ll come away with the notion that you’re missing out on a leg up if you’re not taking the latest and greatest nootropic supplement. Nootropics promise vague benefits to “cognition” and “performance,” but what’s really happening? Do nootropics actually work as advertised? Some of them do, absolutely. But others, maybe not so much.

Today’s post will deal solely with compounds, foods, and supplements available over the counter in most countries. Other supplements may have promise, like modafinil and micro-dosed psychedelics, but are unavailable through standard legal means. Plus, their potential benefits may come with some dramatic side effects. So I won’t discuss those. Not today, at least. Instead, I’ll talk about some of the more commonly referred to ways you may (or may not) be able to boost your brain power—some of which are clearly primal approved.

For thousands of years, Ayurvedic healers have been prescribing bacopa for improved mental health and cognition. The modern evidence suggests they were on to something. Whether you’re a senior citizen suffering from memory impairment, an older person who’s otherwise healthy, or even a young adult with no complaints, bacopa monnieri can increase your focus and working memory.

One downside is the tendency of bacopa to accumulate heavy metals. If you’re going to try bacopa, stick with a company that releases its heavy metal test results. Bacognize bacopa seems to have the lowest levels of heavy metals; Swanson’suses Bacognize in their bacopa product.

In older adults with the first inklings of negative changes to their memory, wild blueberry juice improved it.

There seems to be a qualitative difference between the smaller, tarter, bluer wild blueberries and the larger, sweeter, less vibrant blueberries. The wild frozen blueberries from Trader Joe’s turn my entire mouth blue; the frozen organic blueberries from Whole Foods do not. As most of the proposed cognitive benefits come from the polyphenol content, which corresponds to the blueberry pigment, I suspect “makes your mouth turn blue” is a good barometer for nootropic action.

Alpha-GPC is a popular supplementary choline source. Good ol’ egg yolks should work well, too. I notice a distinct (if unscientific) boost to my cognition when I drink a Primal Egg coffee with a few yolks blended in.

The original nootropic, coffee remains one of the best. It tastes great. It’s part of the morning ritual, which confers its own advantages (you get up, brew the coffee, and set the tenor for the rest of the day). And it’s a great cognitive enhancer for various populations, such as dialysis patients, extraverts, and infrequent consumers of caffeine.

It may be that once they’re acclimated/addicted, coffee/caffeine just brings a person up to baseline. But that does count for something, as being below baseline is unequivocally bad for performance.

Furthermore, coffee and caffeine consumption is consistently associated with lower rates of age-related cognitive decline. It’s not proven to be causal, but it probably won’t hurt.

Personally, my favorite part of drinking coffee is the burst of productive optimism it confers for an hour, hour and a half. That’s when I can start a project and make huge initial progress, think about and figure out a problem that’s been stumping me, or make headway against writer’s block. It’s also a great way to just come up with new ideas, to brainstorm. A short morning stroll while drinking my coffee is a once or twice weekly occurrence and usually produces something interesting. This quality is probably why the American revolution started in New England coffeehouses.

If coffee gives you the jitters, have some l-theanine (or green tea, the best source of it) alongside to smooth things out. L-theanine is also in Primal Calm, another good choice for better cognition if anxiety and stress are impeding you.

Most of you don’t lack creatine in your diet. If you eat fish or meat, you’re probably obtaining it. But vegetarians and vegans and anyone else who eats very little meat obtain little to no dietary creatine. They can definitely benefit from creatine supplementation, which has been shown to improve memory in these populations. Older adult brains can also benefit. Simple, cheap, effective (and will probably boost performance in the gym, too).

Many evolutionary theorists think access to marine foods and marine fats helped spur the growth and complexification of the human brain. That may be why humans have historically gathered on coasts and, if living inland, traded for marine foods from coastal people. Okay, maybe we evolved on fish, but does it actually help living people with already developed brains? Turns out that it is important for in vivo cognition across various age groups.

Fish oil supplementation can reduce age-related cognitive decline. Both Alzheimer’s disease and mild cognitive impairment are associated with altered DHA levels in the brain, suggesting a deficiency or misallocation. Certain genotypes may need more DHA as they age.

Extra fish oil can help kids with ADHD improve their focus and reduce negative symptoms, especially in kids with generally low fish intake and deficient baseline omega-3 levels. They’re not the typical consumers of nootropics, but maybe the most deserving!

I don’t think drinking a double shot of fish oil every morning will do much for your cognitive performance. I do think correcting a deficiency will almost certainly improve the way your brain works, though.

Nicotine? Sisson, have you finally gone off the deep end? No. I’m talking about pure nicotine consumed sans-smoke and tar, or having to become one of those annoying-and-still-likely-bad-for-you vapers. The actual evidence for the safety of actual nicotine relative to tobacco is quite compelling. So too is the evidence for its cognitive benefits.

Nicotine improves cognition and memory in patients with mild cognitive impairment. It improves reaction time in the short term. Nicotine actually mimics acetylcholine and activates its receptors in the brain. Some scientists are even exploring this mechanism to improve symptoms in animal models of Parkinson’s disease.

Nicotine also acutely increases adrenaline in the brain, which may be partially responsible for the cognitive enhancement. This also means that nicotine should probably be treated as an occasional nootropic, a special occasion for quick bursts of creativity and output. You don’t want chronic adrenaline release.

I’m not suggesting you try nicotine. I’m definitely not suggesting you light up. It is addictive and the research vindicating it has been abused by the tobacco industry. But set aside biases and preconceived notions and the influence of conventional wisdom for just a moment and consider that nicotine may have been unjustly maligned and discarded.

Piracetam may be the most well-known of the nootropics, but there’s actually very little evidence it helps healthy people with healthy brains.

Older people will probably benefit from it, however. It seems to slow cognitive decline. In one study, while piracetam was unable to improve any specific biomarkers related to cognition, clinicians asked to rate either piracetam-takers or placebo-takers on an overall “global” evaluation (how does this patient compare to other similar patients?) rated piracetam-takers more highly.

Combining it with a source of choline may improve its action, as will higher doses (4800 mg/day) versus lower doses (2400 mg/day).

Other -acetams include oxiracetam (promising animal research but no human studies yet) and aniracetam (no human studies). They have large online followings but no solid research in humans as of now.

As I alluded to earlier, there are other potential nootropics that could very well improve the way your brain works, but they’re either of questionable legal status or have yet to undergo human testing. This area will continue to grow and I suspect I’ll be revisiting this topic in the future. For now, though, these are some of the more solid and safe nootropics that you can play around with right now and expect results. Or at the very least, fish burps, a blue tongue, and coffee breath.

Thanks for reading, folks. Do you have any go-to ways to get your mind running at full speed? Feel free to share your own routines in the comments section below.

TAGS:  is it primal?, mental health