No More Debilitating Back Pain

In May 2013 I was on vacation in the Netherlands with my girlfriend. She was pregnant in the 9th month and on that vacation I proposed to her on the beach (and lucky me, she said yes).

One morning I woke up and couldn’t move. The pain was so bad that I had to roll out of the bed because I couldn’t get upright. Damn, I was 28 years old. What happened? 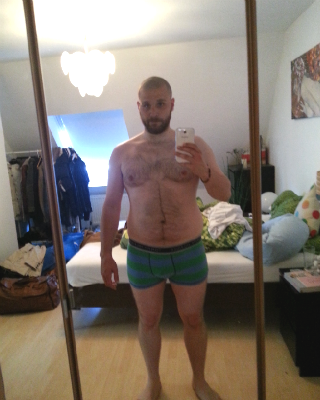 I never played any sports and was always a bit chubby. When I met my girlfriend I was pretty big already. I didn’t own a scale so I don’t know my weight at the time, but it had become really bad. So after the “I can’t move” incident, we traveled back home, I immediately stepped on a scale, and had a mini-heart attack – 105 kg. Oh boy. How did I become so fat?! To make things even worse I smoked a pack of cigs per day.

Something had to change.

After Googling a little bit, I found the workout app You Are Your Own Gym (body-weight exercises only), and started right away. Man, I didn’t know muscles could ache that much! Along with this, I started to count my calories. By October 2013 I had lost around 3 kilos… but I felt sluggish and really crappy.

One evening I googled “Losing weight without effort” (or something like that), and found a link to Mark’s Daily Apple and started to read. I read and read and read. And read. Wow, could it be so easy?

Living in Germany, there was no way to go to a book shop and buy The Primal Blueprint, so I went online and ordered the book via Amazon. It arrived fairly quickly and I read the whole thing within a few days. I was convinced. This could be it!

I told my fiancé: “Honey, I want to try that out. I have to lose weight. Will you support me?” She was really skeptical but she agreed to support me. So in October 2013 I started to live primally.

The first week was pure hell. I loved bread and it was really hard to ditch the grains. I had a massive headache, my belly really hurt, and I sweated constantly. I was feeling really sick and I nearly stopped the whole experiment.

But then something magical happened – my mind cleared. It was a revelation. The foggy feeling I had my whole life was gone. I was feeling like I had a mini super computer in my head. It felt like I could think faster, clearer, sharper – it was unbelievable. The craving for bread was still there, but this new feeling in my head was so awesome that I did not think about turning back.

I trained constantly with the YAYOG app. After a few months, I started to ride my bike regularly to work (22 kilometers one way). A little bit later I moved on to the Freeletics app and was hooked. Tough workouts in a large group – awesome feeling!

So what changed during my journey?

Will I ever turn back? Hell no!

There is still some remaining body-fat, but I am on my way and I don’t want to hurry. It will vanish eventually, so I am pretty relaxed. 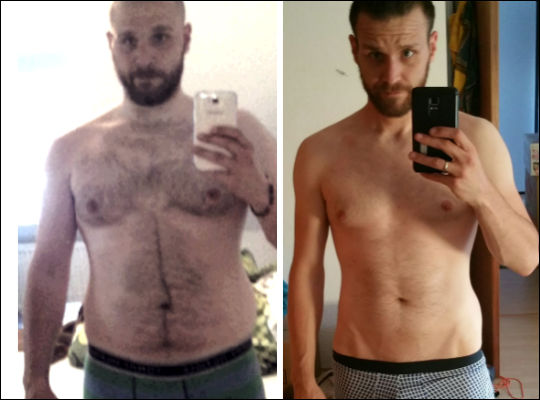 Going primal was the best decision I ever made. Thank you, Mark, for everything. I don’t know where I would be today without you. Probably pretty fat and immobile. 🙂