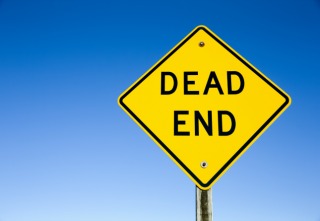 Yesterday I laid out the benefits of doing a kick-start program—what a good community challenge, elimination program or other total reset could offer you in reclaiming (or enhancing) health. For the most part, I believe in the power of these plans. Obviously, I organize one every year here. I’ve seen countless folks turn their well-being around—lose weight, build strength and stamina, relish new energy, reverse or dial back medical conditions, kick medications they thought they’d be on for the rest of their lives. A kick-start gave them enough structure, support and momentum to move beyond the drag force, and they’re flourishing today as a result.

And, yet, I’d be remiss to to say I haven’t seen them fail for some people. As a professional and a friend, I’ve witnessed (or at least heard the story after the fact) people getting fully sidetracked and even losing their footing on one of these plans. It happens, and there’s usually a clear reason why.

Not all dietary plans, challenges and programs are created equal. In fact, a sad portion (dare I say majority) have little regard for how human metabolism actually works.

We’re all well-acquainted with the various fat-averse variants, but there are legions of bad plans that purport irrational claims and/or dangerous methods, such as those promising the moon to people if they only subsist on a handful of calories and virtually zero nutrients for a month or more.

The same can apply to any number of other elimination or combination diets, which pull their rationale out of thin air rather than scientific fact. Others propose extreme “fitness” regimens that overwork the body and exhaust the adrenals, making life hell and the hormonal picture infinitely worse.

Unfortunately, too few people look beyond the wild claims and “before/after” shots to the actual fundamentals of the diet. Does it have unbiased, peer reviewed science to back it up? Does it make sense, from a metabolic, nutritional and even anatomical perspective? Does it require hours of time in the gym (or, on the flip side, no movement at all)? Does it sound fun, sustainable? Happiness matters. So does balance.

Some people absolutely thrive on intensity. The bigger the challenge, the better. Boot camps, elite programs are their style. It’s what gets them motivated and keeps them invested.

But this isn’t everyone. The free spirits, the slow burners tend to live a different way, and that can work, too. (More on that next week…) Likewise, some people might fall somewhere in the middle, but their readiness just doesn’t match up with the all-in expectations of a very intense program.

For most people, kickstart plans and challenges need to allow some room to move. The Primal Blueprint as a whole—and the 21-Day Challenge itself—offers this, I believe. It’s certainly why I choose to live it each day, and it’s what I hear from Primal types again and again. There’s room to breathe, live, indulge, experiment and simply be—whatever and wherever you’re at.

I’ve seen this many times before. If a person’s dead set on achieving a state of dietary perfection hitherto unknown, it’s almost inevitably a setup for failure. Setting realistic, achievable goals for bettering health is one thing, but committing to a notion of perfection puts an unnecessary strain on one’s aspirations. Stressing about every minute detail of diet and lifestyle gets exhausting and leads most people to abandon the venture altogether.

Allow for the occasional kick-start misdemeanor. Just don’t make a regular thing of it.

No matter how polished the kickstart plan, if you continue to eat a certain type of food that frazzles your immune response—no matter how “central” it feels to your chosen plan, progress is going to be difficult to achieve. A food allergy, even sensitivity in some people, has the potential to derail progress. First things first: dial in what you can’t eat—or experiment with an elimination program like Whole30 to figure out what might be short-circuiting your process.

You’re trying to do it alone.

Taking responsibility for your own process doesn’t negate the importance of garnering support for yourself. Maybe your inner circle isn’t interested in going Primal with you or taking on whatever goals you have—and that’s okay. (If they do, good for you. Let the experiment bring you closer together.)

Most kick-start programs offer some form of support. For the 21-Day, folks share on the comment boards and forum. Whatever the plan, chat groups offer a place to ask questions and occasionally whine or joke a little. Physical get-togethers (e.g. Grokfeasts) go a step further and connect you more intimately with others who can guide or support your process. Don’t wait for your enthusiasm to wane before getting yourself some community.

Likewise, sometimes we need more. More support. More guidance. More interaction. It’s all very well to be an extensively-researched Grok enthusiast, but it’s quite another to know the ins and outs of human anatomy and how to maximize its potential. Health coaches and other functional practitioners can do just that, so I’d recommend aligning yourself with a health expert if your kick-start plan just isn’t taking off. They’ll be able to guide you beyond any stumbling blocks, point out any nutritional or lifestyle tripping points, and ensure you achieve your aspirations that much faster.

You’re overcomplicating things (or the plan is).

If life and coaching have taught me one thing, it’s that simplicity is king. Depending on where you’re starting from and where you hope to go, too much change at once is like jumping into a glacier-fed lake: shocking. And that shock can put a lot of people off. Just like going from no exercise to a sledgehammer-wielding, barbell-squatting exercise program is shocking. Not everyone is that fast to warm up.

Ease into the process with the least amount of pain, struggle and convolution. It’s not the only one that offers this of course, but the 21-Day Challenge capitalizes impact from its straightforward, uncomplicated, easy-to-follow recommendations.

Thanks for reading today, everyone. Have you or a loved one been caught in any of these pitfalls? What are you doing differently for yourself now? Take care.