My Primal Journey of Success and Failure

Merry Christmas, everyone! It’s Friday, and that means another Primal Blueprint Real Life Story from a Mark’s Daily Apple reader. If you have your own success story and would like to share it with me and the Mark’s Daily Apple community please contact me here. I’ll continue to publish these each Friday as long as they keep coming in. Thank you for reading!

A few weeks ago someone wrote in the comment section that they would like to see more “failure” stories on the site. Well, I’d like to submit my failure/success story. So, here I go…

My name’s Anita and for 5 years now, I have been moving toward a more Primal life. I started by reading Gary Taubes’ Good Calories, Bad Calories and felt so motivated to change. My mom had just died a month before, and she was morbidly obese most of my life. If it weren’t for the fact that she’d lost so much weight being ill, I wouldn’t have been able to nurse her those last few months. That scared me.

I grew up very active being a competitive swimmer as a kid. When I turned 14, I injured my knees and had to give up my swimming career. I was devastated. I turned to drugs, alcohol and cigarettes to fill the void. After four years of poisoning my body, I quit all three cold turkey and haven’t looked back since. Success!

Not quite, from about the age of four or so, I developed a nasty addiction to sugar. I used to sneak pudding cups, whole pies from the freezer, concentrated frozen lemonade and jello packages from the pantry and hide the evidence under the couch, or out in the backyard. Even though I got sick from too much sugar many, many times over the years, I have not successfully given it up.

I have been reading Mark’s Daily Apple for five years. In that time, I’ve managed to ditch shoes and go mostly barefoot all summer. I’ve cleared my pantry of all grains and only have honey in the house. I got rid of plastic and the microwave. I make my own chicken, beef, pork and fish broths and now cook from scratch 99% of the time. I grow my own veggies in the backyard and make my own compost. I purchase two free-range pigs, and a 1/4 free-range cow each year from my friend’s farm. He also supplies us with free-range eggs and non-pasteurized, non-homogenized honey (it’s the stuff I sell). My kids have never taken sandwiches to school and eat only Primal lunches. We sleep in darkened rooms, with the heat down. Those are my Primal successes.

My Primal failure is that over the past year, I have gained 40+ pounds. I found out last December that I would be losing my job sometime in 2015 and my husband told me he was moving out in the spring. Given that we were in full holiday mode, I ate my way through my emotions and the holidays. In January, my office was moved to a remote location and I was physically isolated. I tried to stay positive but it was tough. I was still swimming three times a week and felt I would be okay. Then my husband moved out in late June and I struggled not having the kids in my house; I became a single mom every other week. And I struggle(d) with that new identity. Enter sugar. It comforted me, and made me feel so hungover, but I felt it would get me through.

Six weeks later after he moved out, I lost my job. I was okay with that as I had 14 years of experience, and had confidence I would land a job in another department with the same company. Then I got a phone call six weeks later, in mid-September, from my doctor asking me to have a mammogram due to my family history. The results of that mammogram lead to a lumpectomy in mid-November. I struggled with my confidence in interviews and wasn’t aggressive enough in my resumes. As a result, I haven’t found a job. But I did find sugar and pizza to help me through. The biopsy came back negative (no cancer!) which is great. But I am now 10 days away from my severance ending with this company. And I’m now 40+ pounds heavier.

So, what have I done wrong? I’ve given into this sugar addiction when I felt I couldn’t cope. At times I don’t care and have just gone crazy with it. I still read MDA daily but feel like I’m a poor representative of Primal living. I’ve given up exercising because I keep injuring myself and frankly, I haven’t felt like it at times. I’ve stayed up later than I should which makes me CRAVE sugar the next day making it hard to not give in.

What have I done right? I still read MDA every day and it gives me hope. I still cook from scratch and eat in a very Primal way, save for my extra sugar and junk intake. If I eliminate those, the weight would come right off. I’ve stopped making excuses. I see what I’m doing and am taking ownership. I do five double leg pull-ups each day, 10 wall push-ups and 10 second planks. That’s all I can manage right now, as I heal from my surgery and nurse these other injuries.

I’m hoping at some point to kick this sugar addiction. For me, it has to be 100% off added sugar. Anything less than that and the physiological response is too great, and I feel like I’m going mental if I don’t quiet the screaming urge for sugar. I hope to get there some day and I’ve now got friends supporting me in this goal.

I’ve included 1 picture of me, taken in August of this year. Since this time, I’ve probably gained 15 pounds. But I’m not ashamed of my “failure.” I do see this as a learning opportunity, and I know that this is a far better way of living than I had five+ years ago. Even if I have gained weight, I know my body is still benefiting from all the Primal eating I do.

For anyone struggling with an addiction, seek an outside group to help you through. And know you’re not alone. I still love the Friday Success Stories because they give me hope that someday I might shed the weight again.

I wish you all the best on your Primal journey. 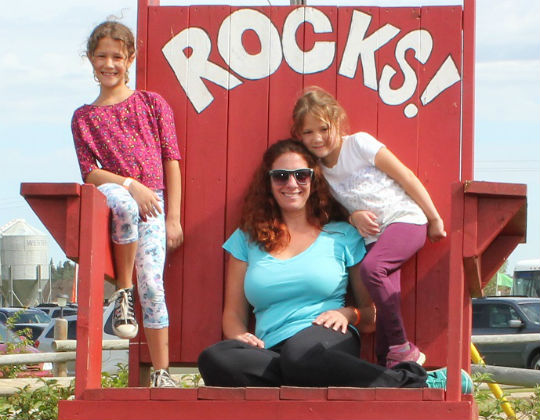