My New and Improved Diet 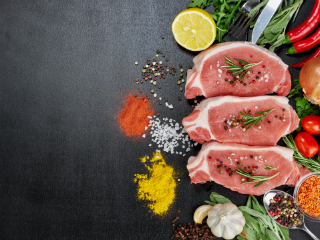 People are always asking me what I eat on a typical day. Though I’ve done these posts in the past, I’m always a bit hesitant of doing any more. For one, I’m a boring dude. I like what I like, and it’s all pretty typical stuff you’d see in anyone’s (who cares about real food) kitchen. Two, this is the eating style that works for me. Just because I eat a particular food at a particular time of day doesn’t mean you should eat the same way. But because I’m always tweaking things, and some of you apparently find that interesting, I’ve relented.

So let’s get to it: a day in the dietary life of Mark Sisson.

Now, I’ll alternate every other day between eating three square meals and eating in a compressed eating window.

20 quail egg omelet (or a scramble with camel colostrum). Note: if you’re out of quail eggs, you can substitute 1/6 ostrich egg or 2 goose eggs.

After breakfast, I do my hot-and-cold exposure ladders. Here’s how it works:

Alternate between jumping in my unheated pool (about 50° F, give or take a few) and immersing myself in a trough of glowing embers. A minute in the pool, 5 seconds in the embers, then back in the pool for another minute. Repeat until the embers have all gone cold. A quick rinse and I’m refreshed and warm and ready to work.

Lunch is still the Big Ass Salad. I’ve got a few favorite variations:

Shredded root salad. If I’m not feeling like eating all that bulky roughage, I’ll go for my famous shredded local root salad. Lately I’ve been shredding over seven varieties of turmeric, two types of galangal, American ginseng, Siberian ginseng, red ginseng, fresh astralagus root, and fresh ashwagandha root all tossed in a kokum oil vinaigrette, all grown by my buddy the next street over. He’s got a great setup, a “climatehouse” with over a dozen rooms, each emulating a different subclimate. From tundra to ice cap to temperate rain forest to tropical rain forest to subarctic to Mediterranean, he could raise Dengue fever-carrying mosquitoes and penguins and grow ayahuasca if he wanted. I’m seriously jealous.

If I get hungry between meals, I’ll snack. Apple slices dipped in mortar-and-pestle-ground sprouted Brazil nut butter. Skin-on beef jerky dried in the midday sun as the cow is humanely bled out to retain and maximize vitamin D content (sadly not grass-fed). Hyper-ripe mango, which looks unappetizing (brownish, oozing, foul-smelling, moves and squirms in your mouth) but is so alive and teeming with beneficial bacteria, yeasts, fungal networks that it’s on the cusp of sentience. But this doesn’t happen much.

Piece of meat, veggie, occasionally a starch. Last night, I had braised dugong flipper (a unique mix of omega-3s and collagen) with fiddlehead ferns sautéd in isolated trans-palmitoleic acid (a trans-fatty acid unique to dairy) and a side of broccoli almost-sprouts (where you stop the sprouting process just before it sprouts, thereby capturing the energy and essence of life). Standard, as I said.

I’m developing a fantastic new seafood sauce I often use at dinner. Instead of your typical olive or avocado oil, the fat comes entirely from extra virgin slurry of krill larvae. And I don’t use late-stage krill larvae, like all those other guys; I make my slurry exclusively from krill nauplius, the very first stage of larvae after they emerge from the eggs. You can use this as a salad dressing, a sauce for meat and veggies, drizzled over yogurt, or even straight up on a spoon for the omega-3s.

I’ll have an entire bottle of wine from Dry Farm Wines with dinner, but I add liposomal glutathione to every glass so that my liver’s able to quickly detoxify the toxic ethanol and highly-toxic acetaldehyde. I’ve tried the liposomal glutathione trick with other types of alcohol and can get up to a pint of Scotch without feeling anything. Two pints and I can still drive the winding curvy canyon roads of Malibu without issue. Great hack!

Other days, I eat in a compressed eating window. You know this about me. I’ve discussed it before. But rather than do a 6 or 7 hour eating window, I decided to compress it even further: down to 20 minutes.

Sure, that 20 minutes is stressful, chaotic rush to cram all the day’s food in my mouth. But it’s an acute stressor, not a chronic one, and thus hormetic. The rest of the day, I’m free to focus on work, play, training, and whatever else I want to do without my hypothalamus nagging me to eat. It’s great. I’m currently writing this post as I gear up for my eating window. To prepare, I do a glycogen depleting workout. I want to clear room for everything coming in, so I have to hit every single muscle until exhaustion. I’ll also do an hour of extremely tricky puzzles, crosswords, and other brain-training to tap into and deplete my liver glycogen.

Throughout the day I’ll drink a special probiotic tea I get from a stand at the Malibu farmer’s market. The stand’s actually an organic vegetable stand and the way they make the tea is incredible. Directly after harvest, the vegetables (various greens, root vegetables like carrots and beets, broccoli, cabbage, etc—your basic veggies) and the farmers’ hands are rinsed to remove the dirt. They save and bottle this rinse water, and add a few shakes of fresh grass-fed steer manure, so it’s chock full of both soil-based and manure-based probiotics. It’s earthy and loamy and barn-y and a little musty—just the way a good probiotic tea should be.

One last thing I’ve been playing with is taking a 1/2 teaspoon of broad spectrum pesticides for the hormetic effect of toxin exposure. Any standard one from the garden store will do as long as it targets vertebrates, invertebrates, fungus, and plants. This isn’t every day, of course. Just once or twice a week.

And that’s about it! I love the way I eat, and even though you don’t have to eat like I do, it’s always helpful to see how others are making this Primal thing work. I hope I’ve inspired you as much as you all inspire me.

Speaking of which, what about you? What’s a typical day of eating look like for you?

Thanks for reading. Take care!

Humor for Health: What Modern Science and our Evolutionary S... 5 Responses When Relatives Ask Why You’re Not Eating S...