My Experience with Exogenous Ketones: Tale and Truth 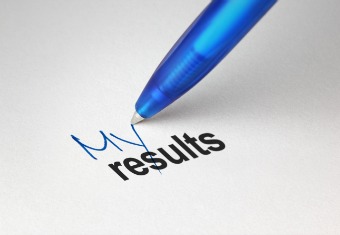 I woke up the morning of the ceremony with butterflies in my stomach. I’d done the necessary prep. I’d abstained from carbs the past week and food the past 24 hours. I’d performed four consecutive full-body circuit workouts to deplete muscle glycogen, and undergone a liver biopsy to confirm full depletion of liver glycogen. I wasn’t taking any chances. Although I had extensive experience generating endogenous ketones and subsisting on my own body fat, exogenous ketones were another matter entirely. You don’t want to mess around with a holy sacrament without doing due diligence.

According to ethnographic accounts from early Arctic explorers who encountered the sacred compound, the exogenous ketone was developed by traditional peoples of the wintry north. No one’s quite sure where it arose first—Siberia, Greenland, Alaska, Lapland. What they do know is that these societies revered the type 1 diabetic, a rare find in the pre-contact Arctic. Using an admittedly grisly and cruel process, these groups would starve the tribe’s diabetic to induce ketoacidosis, harvest the ketone-rich urine, and reduce it slowly to a ketone-rich tar over a wood fire. Tribe shamans would dissolve the tar in pine needle tea and distribute it to members exclusively before hunting trips, warfare, and any other activity requiring optimal physical and mental function to boost energy and improve performance. As Mark Twain famously quipped, “The strongest coffee I ever had was a Laplander’s piss.”

So when I showed up to the small building on the edge of town on a rainy evening, I was anxious. What was I in for? The solemn countenances worn by my two guides for the day—Dr. Peter Attia, wearing dark robes and swinging a thurible loaded with burning MCT oil, and Gary Taubes, face smeared with bacon grease, body adorned with wreaths of stevia leaf—impressed upon me the import of the approaching ceremony.

Detractors are scoffing already. “Sisson, you’re degrading yourself taking the shortcut to ketones with a pill. Instead, spend years sweeping the ashram, maintaining a low-carb, high-fat diet, and doing low-level aerobic activity just shy of the anaerobic threshold to boost mitochondrial fat-burning capacity and generate ketones on command. There are Sami gurus who can produce so many ketones in their saliva that a single French kiss from one will boost your IQ one standard deviation for a day. That’s true power—freedom from reliance on a ketone powder.”

Maybe so. But as I said, I’ve been there already. I’ve lived that life for more than a decade. I’ve long been convinced of the merits of a fat-based metabolism, and now I wanted to push the boundaries. To build on the existing scaffolding.

So I took the ketones, Jimmy Moore effigy made of coconut husks and pork rinds looking on.

All the universe unfolded before me. I was discovering solutions to long-standing problems—business disputes, moral quandaries, plans for the future—before consciously considering them. I’d think about a problem and discover my ketone-enhanced brain had already solved it. If I closed my eyes, I could actually hear the whirr of my mitochondria churning through all the additional ketone bodies. I flung open the temple door and practically sprinted through the hills, covering five miles at 4:15 per without breaking the anaerobic threshold and returning only to purge through both ends.

“All part of the process,” Attia said, handing me a bucket and washcloth.

Jokes aside, I have been playing with ketones. Over the past couple years, I’ve tried a lot of ketone supplements, from KetoCaNa, Pruvit, Kegenix, to a few others. I’ve even accepted and tried a one-off from a person trying to break into the market who I failed to thoroughly vet; that time, I felt like I might die. No joke.

There is usually some GI discomfort, occasionally outright distress that’s only relieved once there’s nothing left to give. So you have to plan for that.

About half the time I’ll take ketones right before Sunday Ultimate Frisbee matches. It provides a discernible extra burst of speed during the game, more overall energy (I just feel like “going” more), and less soreness the next day. I speculate that my ability to hit higher performance levels without dipping as deep into anaerobic territory is less stressful overall on my body, so I recover more quickly and with less pain.

There’s also the potential for ketones being anti-inflammatory. Sure enough, exogenous ketones seem to have an anti-inflammatory effect, suppressing expression of an inflammasome involved in various disease states. Some research shows that blocking the inflammasome by deleting the gene responsible for it protects against arthritis in rodents. If the same is true for humans using ketones, that—along with my increased intake of collagen—might explain why I’ve made a strong recovery from serious Achilles’ tendinosis.

I recently did another long fast of over two days. Prior to ketone usage, two days was really rough. I could do it, but I wasn’t happy. This time using a small dose of ketones throughout the first day really helped me through the rough patches. In fact, those rough patches never came. 48 hours was a relative breeze.

I don’t know how much these supplements would help someone on a standard higher-carb diet. It’s clearly a good performance booster on its own, but I think this stuff should be complemented by a foundation of fat and keto-adapted eating which provides a robust infrastructure set up to handle ketones. Longer-term fat-adaptation is the powerful trigger for mitochondrial biogenesis—so you have the extra mitochondria necessary to wring every last drop out of those ketones. You need to look at the long picture here.

Anyway, after the busy holiday I wanted to have a little fun and provide some real actionable information for this post. Hope you all dug it. I’m truly excited about this ketone stuff, and I’m actually feverishly working on a breakthrough new book about keto-adapted eating, living and performing that should come out around Fall 2017. Details TBA.

Thanks for reading, everyone. Have you tried ketone salts or esters? What do you think? What have you noticed?