I’ve entitled my story as an ‘Almost’ Success Story because my story is not yet complete. After having lost 50 kilos (just over 100 pounds), I still have about 10 or 15 kilos to go.

Can I say that while I don’t consider myself Paleo (mainly because I don’t believe in evolution, so I’m pretty sure that disqualifies me….lol), but I do appreciate the articles on all the individual foods that have helped me make healthful choices in what I eat and how many carbs I consume. They have been invaluable, and I am so very grateful for this community and especially for Mark and all he does to help people on their journey to good health. I have adopted the low-carb way of eating (between 50 and 150g daily), and I believe this has been the key to my success. I seldom eat anything refined or highly processed, and I eat all dairy.

For me, it all started after I got a blood test back on October 10, 2015. I was prediabetic at 47 Hba1C, had a slightly fatty liver, and my triglycerides were 2.9 mmol/L. I was also experiencing gout in my big toe (OUCH!), my hips would burn in pain after walking anywhere, I was barely able to move without feeling discomfort, and I had IBS which pretty much ruled my life (as any of you with that condition can attest to). When I got my blood tests back, I remember saying out loud (I was the only one in the room), “I am NOT going to get old and sick!” (I was 48). I had tried so many diets and failed. I, like many of you, had had some successes on the typical LF/HC diets commonly recommended, but I could never stick at it long term. Cravings were simply insatiable, and, let’s face it, who has the superhuman willpower needed to be able to apply it every single day for the rest of your life, which is what one needs to do if one is going to keep the weight off eating LF/HC. 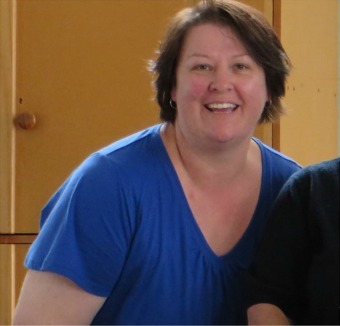 I had already done quite a bit of reading on this website, and I knew controlling my carbs and eliminating highly refined/processed foods was going to be the key for me. So I began immediately. I’m an all-or-nothing girl, and I literally went through my pantry and all my cupboards and ditched everything that was now out of bounds. My darling husband, who is simply awesome, btw, was supportive from the start. After being together for 25 years, and not once with him telling me I needed to lose weight (Oh, and he is slim and 6’4″), I knew that he would eat whatever I put in front of him and never complain. Just as well, because at that stage I simply didn’t have the energy to cook two different meals every night. He has also adopted this way of eating fully, although I am stricter with my carb load than he is.

So off I went, full tilt. I remember sitting on the couch about 3 days after I started, and I said to my husband, “I feel funny….in a good way, but I can’t put my finger on it.” It took me 24 hours to realise what it was: I was no longer experiencing any cravings! Seriously, you’d think I would have recognised that instantly, but what can I tell you. I didn’t. Then, after about two weeks, I was sitting on the couch watching some telly at about 10 pm, and I said to DH, “Man, I feel so good that I could literally get up and go for a long walk!! This is so weird!!”….lol.

Can you believe that! I mean, why couldn’t my doctors have told me that? I’m very grateful for the medical profession when it comes to broken arms, surgeries, etc…but nutritionally…..forget it. Man, they are hopeless at dealing with health issues using food.

I had a blood test three months after I began. Predictably, my fatty liver disappeared, my cholesterol improved (even though I was eating way more saturated fat than I used to), and my BS had gone from 47 to 32 (barely on the start of the scale they measure with). A couple of blood tests later showed that my HDL had risen, my Triglycerides had dropped from 2.9 to 0.4!, and my BS had dropped to 26 (with a note on my tests from my doctor that you don’t get much lower than that!!). My gout has gone, as has the burning pain in my hips. The tiny skin tags all over my neck have disappeared, and, unexpectedly, but very happily, my skin really cleared up! At 48, I still had terrible skin from acne, and the colour and texture also improved.

My hobbies used to be: couch potato or anything else that involved sitting on my chuff. And my poor, enduring husband, who hunts and is as fit as the day is long, would ask if I would accompany him on the odd walk, to which I occasionally agreed out of guilt, but would struggle to complete even short walks. Now he calls me a machine as I hike with him up and down dale (and this coming from a guy who would hunt deer and pig, walking for anything up to 8 hours at a time, carrying a pack and then meat from any animal he was blessed enough to get). So I take his encouragement as a real compliment. 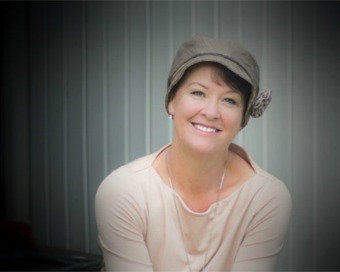 I also love to cycle. I don’t think I’m super fit, by any means, but I’m pretty fit. The first time we walked up Kaiti Hill together (a local landmark in my city which is a 1 kilometre hill climb), I thought I was going to have a heart attack at the top. I was heaving and sweating like the proverbial and honestly, I only shuffled up that flippen hill at a snail’s pace. But it almost killed me….lol. Now it’s like a walk in the park. Really. I love it. And we do much longer walks together.

My life has changed completely. I am, in the first, so grateful to God, and second, to the people who have encouraged me along the way, and to the people in this community who have shared their stories of encouragement, and of course, last but certainly not least, to Mark and his diligence in food research.

To anyone who is contemplating changing their eating to reduce carbs, eat whole foods, eliminate grains and sugars…..don’t wait one more day! Do it! I am turning 50 this year, but I feel like I have gotten younger!