My 8 Favorite International Dishes to Expand Your Primal Palate 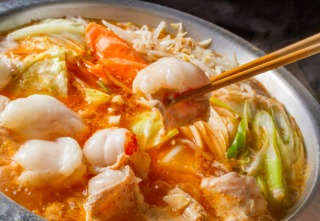 Standard Primal eating is quite simple. Meat, veggies, and perhaps some starch. That’s partly what makes it so effective and intuitive. As far as dietary lifestyles that call for making most of your food from scratch, the Primal Blueprint is one of the easier ones.

As a red-blooded American, most of the recipes I post on MDA and publish in my books are “Primalized” versions of American cuisine. It’s only natural. So you get Primal meatloaf, Primal casserole, Primal pancakes, and other familiar fare. I even published an entire cookbook devoted to it called Primal Cravings.

But that doesn’t mean I don’t like different flavors. I do.

Today, I’m going to expand the Primal horizons. Sit back, and fire up your imagination. Primal is going full-on global.

Peruvian cuisine is enjoying increased attention, but I’ve always loved it. My favorite dish, bar none, is the anticuchos: marinated and grilled beef hearts. From what I understand, an “anticucho” can be many things, but I’ve only ever had the beef heart version. I don’t think I’d try anything else if it was offered, to be honest.

So what’s it taste like? Cumin, garlic, roasted chiles, oregano, acid (from lime or vinegar), atop the mineral backdrop of fire-grilled beef heart. Heart itself is a mild organ. It’s more of a muscle, really. And if you’re particularly squeamish or sensitive, the powerful marinade drowns out the “organy” flavor.

Heart is the best dietary source of CoQ10, the vital compound required for muscle contractions and heart function that many common prescription drugs deplete.

Plus, there’s nothing like eating meat on a stick, is there?

This one’s tough to find in restaurants. A close friend of mine told me his mom used to make it for him every time he was feeling sick or blue. For him, it was comfort food.

It boils down (get it?) to laver (a type of seaweed high in iodine), fish sauce, and broth. Real simple. Sometimes there’s ground pork or chiles, but not always. Limes and basil or cilantro served on the side.

If there’s one thing the Vietnamese do well, it’s make a hearty broth. They don’t just throw some chicken backs in a pot for a couple hours. They throw tails and tendons and tripe and marrow bones and feet into a 60 gallon stockpot for days on end to produce a gelatinous, syrupy substance. A good Vietnamese restaurant will use this magic liquid in every soup they have.

We’re all big fans of herbs. They’re great, they have antioxidants, they protect food from heat damage, they confer many health benefits. If only we could eat more of them. How about eating an entire plateful of them as if they were baby spinach? Turkish salads are unlike any I’ve had before, and the shepherd’s salad is the best of the bunch.

Fresh herbs comprise the bulk of the leafy vegetation. Thyme, parsley, mint in amounts you’d just as soon use to stuff a 25 pound turkey.

That’s what mine had. Looking around the web, I see that Turkish shepherd’s salad are all a little different. They’re all good.

Everyone always thinks Thai food is nothing but rice and noodles. That going low-carb at a Thai joint is nigh impossible. Well, you probably haven’t looked at the salad section. Larb is classified as a salad, but it’s heartier than most. Ground chicken or pork is mixed with chiles, lime, Thai basil, fish sauce, and toasted rice powder. Thai friends of mine tell me larb isn’t always stir-fried, so if you’re worried about the restaurant using substandard industrial oils, you may be okay.

Don’t ask for “Thai spicy,” by the way. The cook will overdo the chiles to please the overly-confident foreigner and you’ll end up a sweaty mess with a ruined palate. Instead, ask for “Tham Thai Thai noi krahp,” or “Make it as you would for a Thai person.”

First thing I do anytime I enter a sushi restaurant is ask if they have ankimo. If they have it, I order it. Ankimo, or monkfish liver, is marine foie gras. It’s buttery, silky smooth, creamy, velvety, and pretty much every other synonym for “smooth” you can imagine.

Ankimo is mild. It doesn’t taste like liver, instead reminding me of a slightly fishy bone marrow. If I ate toast, I’d probably spread ankimo all over it. Don’t eat this every day, though. Monkfish liver tends to accumulate extremely high levels of selenium (but, thankfully, not mercury).

Besides, a little bit goes a long way. Ankimo isn’t something you fill up on. No one sits down to a big bowl of ankimo. They eat delicate slivers, and that’s enough.

Kerala is a region in the south of India. Far more reliant on meat and coconut than other regions of India, its cuisine is perfect for Primal eaters. My absolute favorite dish—and to be fair, I haven’t tried very many—is the mutton roast, a kind of “dry” curry. Instead of a small handful of meat chunks swimming in a bowl of creamy curry, every Kerala mutton roast I’ve encountered has provided a substantial amount of lamb chunks coated in a gingery, coriandery (sure, that’s a word), fiery curry paste.

The wetter Indian curries are gateways to rice gorging. You can’t help but eat an entire plate of rice just to sop up the deliciousness. With the dry mutton roast, there’s nothing to sop up—just lamb to put in your mouth.

I’m also a big fan of the word “mutton.” Makes me feel like a medieval lord wiping his greasy sheep-fat fingers on his fur cloak.

Nutrient highlights: A ton of grass-fed lamb, medium chain triglycerides from coconut, plus the obligatory spice-and-herb-based antioxidants, a reduced compulsion to eat rice.

An old pal who did a few years in the Peace Corps in Togo made this for me once. It was incredible, incorporating chicken, red palm oil, ginger, garlic, onions, spicy red peppers, real chicken broth, collard greens, yams, and chunky peanut butter (not Jif, the real stuff) in a silky smooth gravy. Every ingredient is familiar, but together it’s unlike anything you’ve had.

The peanut butter/legume deal? Relax. You’re eating it once in a blue moon. A few tablespoons of peanuts and peanut butter won’t hurt you, no matter how rich they are in aflatoxin. And legumes aren’t even as bad as we used to think.

Nutrient highlights: Spice antioxidants, full spectrum vitamin E from red palm oil, magnesium and vitamin K and folate from the collards, plus more folate and manganese from the peanuts.

Cacio e Pepe (with gluten-free pasta), or “Cheese and Pepper”

The last one is sure to be the most controversial. What gives, Sisson? A pasta dish?

First, you can get gluten-free pasta. It’s getting better all the time, and most Italian places have it by now.

Second, it’s delicious. A ton of black pepper, pecorino romano cheese (which I prefer to parmigiano reggiano), some butter, and pasta. Consider cacio e pepe a better, faster mac and cheese. Your kids will love it. Anthony Bourdain is all about it. He isn’t a Primal eater, but I trust his instincts.

Third, it’s loaded with pecorino romano, one of the greatest and oldest Italian cheeses. “Pecorino romano” is no generic name you can slap onto any old cheese. For pecorino romano to earn the name pecorino romano, it must be made from raw sheep’s milk raised on pasture land, using real sheep rennet. So when you come across pecorino romano in the store (not just “romano,” which is made with cow’s milk under far less stringent conditions), you know you’re getting the real thing.

A study from 2010 found that pecorino romano is naturally rich in conjugated linoleic acid and that eating 200 grams a week improves markers of inflammation and atherosclerosis.

If you can’t find a restaurant willing to serve you gluten-free cecio e pepe, you can make this at home (check the Bourdain link above for a recipe; my secret tip: use reduced bone broth instead of the reserved cooking water to finish the pasta). You want to really get crazy, you can grab a box of pasta made from bean flour. Trader Joe’s has a black bean fusilli that’s quite good if you can adapt to the black bean flavor. For “traditional” gluten-free pasta I usually like Trader Joe’s quinoa/brown rice spaghetti.

Those are my top 8 picks for international dishes you probably haven’t tried but absolutely should. They’re all nutrient-dense and delicious. I guarantee you won’t be disappointed.

Okay. Now I’m hungry. What have you got for me? What Primal-friendly international dishes (or cuisines) do I have to try?

Thanks for reading, everyone. Take care, and have a good time eating new things!