Dear Mark: Metformin for Life Extension, Too Many MEDs, MED for Lifting Addict, and Horseback Riding 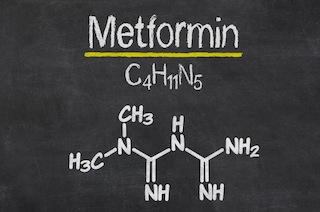 For today’s edition of Dear Mark, I’m answering four questions. First, does the diabetes drug metformin have life-extending potential for non-diabetics? Then, the final three questions come from the comment board of last week’s Minimum Effective Dose post. First, is it possible to try to do too many minimum effective dose workouts in a week. Yes, absolutely. I explain why a reader who seems to want to incorporate every single routine listed in last week’s post probably shouldn’t try. Next, what if someone truly loves training? Should he or she still try to figure out the minimum effective dose for his workouts? And finally, is horseback riding an effective stand-in for walking?

I wondered if you had seen the New Scientist article on the anti-ageing metformin study being undertaken? Increases life expectancy, lowers heart disease and cancer risk …oh, and it’s a diabetes drug, so it works on lowering blood glucose! Which I imagine a primal blueprint would do too…

I haven’t seen the New Scientist article (it’s behind a paywall), but I am aware of the generally positive research being done on metformin. It’s becoming increasingly clear that not only diabetes patients may be able to benefit from metformin. Robb Wolf was beating this drum back in 2012.

There are many indications of metformin’s life-extending potential:

Metformin also seems to protect against many of the conditions that kill people, like cancer. It lowers hyperinsulinemia and may protect against insulin-related cancers (breast, colon, etc). Early treatment during adolesence, for example, protects rats against later tumor growth.

Metformin appears to work on lifespan via hormesis. Diabetics who need it just to keep their blood sugar in check are taking (and should take) it regularly, but if you’re just an experimenter interested in potential life extension, treating it like a hormetic input like fasting or intense exercise is probably a better, safer approach.

It appears that metformin may also act via modulation of the gut bacteria (surprise, surprise). It increases mucus production in the gut, which the resident bacteria are able to feed upon and increase in strength and number. It’s been shown to boost Akkermensia count, the strain commonly linked to leanness and anti-diabetic effects. Some studies have even shown that Akkermensia can improve gut barrier function in obese subjects, so metformin may be especially helpful for this population. Additional effects include reduced carb absorption by the host (that’s you), leaving more to be consumed by gut bacteria (a la resistant starch).

Berberine might be a “natural alternative” to metformin. Like metformin, berberine can activate AMPK, lower blood sugar and improve blood sugar control, and enhance short chain fatty acid production by gut bacteria. Being a whole plant extract, berberine isn’t identical to metformin, so I wouldn’t suggest diabetics switch without consulting their doctor, but it is a promising alternative that doesn’t require a prescription.

Thank you. Would you be so kind to say a few words? What regime could work, as you stated doing all of them would make the workout protocol too strenuous and ineffective?

Can I add sprint intervals to Tabata day instead of doing them on a separate day?

Wish you all happy workouts, 🙂

I’d argue that the sprints, the Tabata intervals, and the 4-minute intervals are mutually exclusive. Your suggested weekly regimens are pretty rough and, for most people —including elite athletes — impossible to keep up with.

You must realize that in most of those studies, researchers precluded subjects from doing extra training. Since they were only interested in testing the effects of specific workout volumes, allowing them to engage in other types of workouts would only weaken and confound the results. The soccer player study with the 4-minute intervals was the only one to my knowledge that allowed other training on the side.

Let’s take your first week. Nearly all-out 87-97% max effort intervals lasting four minutes are not something you just tack on to the end of a workout. They are seriously hard. I know, because I used to run similar intervals back in my heavy training days. They’re designed almost entirely for people who aren’t doing much of anything else. And these were semi-pro soccer players doing them once every two weeks with no other formal training prescribed to them. They had two weeks to recover in between bouts. Trying to squeeze in six sprint sessions a week on consecutive days is just asking for lower results.

In fact, you might destroy your fitness and recovery by overloading the system.

Here’s what I might do to incorporate some of the protocols mentioned last week, assuming I’m trying to do the absolute minimum.

FRI: 4-second all out sprints

SAT: Play (hike, pick-up game, bike, surf, swim, or even go see a movie or have a dinner party; it doesn’t always have to be physical)

I don’t much care about my health but I enjoy lifting weights, and I like to look good, so I do as much weight lifting as I can given my age. I understand that some people do not enjoy exercising but if you’re the kind of person who does enjoy it, it’s hard to wrap your mind around the concept of minimizing time spent exercising. To me it’s like suggesting that I minimize the time I spend having sex.

I hear you, but I think we’re actually in agreement. As I was unable to find any solid evidence that very low volume strength training elicits favorable reactions to as great a degree as low volume sprints, I suspect shorter and sweeter works better for conditioning and general fitness. If you want to get big and really strong, you’ll probably need more time than a few minutes a week (although Doug McGuff’s Body By Science program might beg to differ).

Ultimately, the post was all about efficiency of exercise. Being efficient lets you maximize the effectiveness of your time in the gym. Efficiency means having more time left over to do what you truly love. If that’s lifting heavy, then go lift heavy. If that’s sex, go have sex. If it’s playing Ultimate Frisbee and standup paddling (which it is for me), go do those things with your extra time.

No matter how much you love to lift weights, you still want your time under the bar to be productive, right? Efficiency matters for you too, then.

Wondering how horseback riding stands in for walking? I ride about 45 minutes most days at moderate intensity (jumping and dressage, not noodling down the trail) and hope it’s a good stand-in, because I have trouble finding time for long walks as well.

At least in healthy kids, simulated horseback riding elicits lower cardiorespiratory responses (heart rate, energy expenditure, etc) than even slow walking on a treadmill. That was simulated riding, of course, which is probably very different from real riding. Even so, it’s likely not as metabolically demanding as walking overground, but that doesn’t make it useless. Contrary to what many people might believe, horseback riding is absolutely a form of exercise.

Now, can it replace walking? No, I doubt it. Walking is the foundation of health. But nor can walking replace horseback riding. Do both when and however you can. And if you can’t walk as much as you (or I) would like, know that it’s doing “something.”

That’s it for this week, folks. Thanks for reading and be sure to help out with your own answers and comments down below!