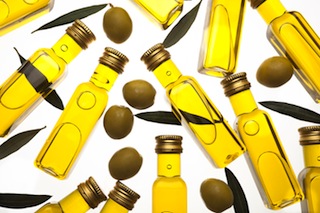 For today’s edition of Dear Mark, I’m answering two questions from readers. First, I field one of the dozens of emails I received concerning the latest low-carb versus low-fat study making the media rounds. The reports have ranged from declarations of low-carb dieting’s imminent death to more reasonable discussions of the actual paper. The Time article actually keeps things closer to the latter, which was nice. For the final question, I discuss the merits of regular old olive oil. Is extra virgin olive oil the only one worth entertaining?

Now the authors DID say not to jump to conclusions. I still am not sure their “fats” were not crisco, margarine, or any other trans fats.

Thanks for the link, Anand. Yeah, this is a popular one. It’s all over the media and yours was one of dozens of emails asking for my take on it. So I decided to take a look at the full text (PDF).

Here’s how it went down:

A group of 19 overweight adults (10 men, 9 women) went on a “starter diet” consisting of 50% carbs, 35% fat, 15% protein for 5 days. After the starter diet, they reduced calories by 30% for six days. The low-carb arm dropped calories by reducing carbs and keeping fat and protein constant. The low-fat arm dropped calories by reducing fat and keeping carbs and protein constant. Everyone tried both low-fat and low-carb diets with several weeks in between to “reset.” Researchers tracked biomarkers, body composition, body weight, energy expenditure, and the composition of that expenditure throughout the various arms. What did they report?

Should we ditch low-carb and adopt low-fat diets? I’ll give a few random thoughts on the paper in no particular order and you can decide:

Six days isn’t very long. Fat adaptation takes upwards of several weeks to really get going in some folks, especially if they’re coming off the carb-heavy “starting diet” of 50% carbs, 35% fat, and 15% protein. I realize that doing a full-on metabolic ward study with humans is expensive, and they did a great job with this one, but I would like to see the same study extended for several weeks or even months to allow for full fat adaptation. Fat chance of that happening, though.

Free-living people don’t reside in metabolic wards where the caloric content of their meals is objectively determined by an outside party. This study wasn’t trying to determine which diet works best for fat loss, and the lead author even admits that the results don’t mean much for people trying to lose weight. But beware of the media breathlessly reporting the death of low-carb fad diets based on this study. Free-living studies, where people spontaneously determine their own caloric intake, usually find that low-carb diets work better and tend to cause greater reductions in calories than low-fat diets. Low-fat diets work if you’re really committed and/or there’s someone making your meals and preventing you from eating anything else. Also helps if you’re insulin sensitive.

These were pretty healthy overweight people. They had great lipid numbers, low triglycerides (for their weight), good TG/HDL ratios, and relatively low fasting insulin levels, indicative of good metabolic health and insulin sensitivity. What about when the subjects are obese and hyperinsulinemic? Low-carb diets lead to greater weight loss in those folks.

The low-fat arm of the study was very low-fat: 8% of calories from fat. The low-carb arm was rather moderate: 29% of calories from carbs. Moderate carb diets seem to work really well for weight maintenance, but not so great for the kind of rapid fat loss people expect from low-carb diets. Indeed, in the discussion section of the paper, the authors speculate that fat loss during the low-carb arm would have outpaced the low-fat arm were the former more severe in its reduction of carbohydrate. I—and many others—find that severe carbohydrate restriction is easier to achieve than severe fat restriction in free-living situations, AKA real life.

This was not a ketogenic or VLC diet study, nor was it trying to be. And that’s okay. As the authors say:

Given the composition of the baseline diet, it was not possible to design an isocaloric very low-carbohydrate diet without also adding fat or protein. We decided against such an approach due to the difficulty in attributing any observed effects of the diet to the reduction in carbohydrate as opposed to the addition of fat or protein.

Low-carb diets deplete glycogen first, then fat. The low-fat arm burned 2000 more fat calories than the low-carb arm, yet the difference in energy expenditure was only 300 calories. What gives? Since the researchers speculated the low-carb arm lost a ton of water weight, this indicates that they were tapping into and burning their glycogen stores (glycogen comes bound with water so burning the former depletes the latter, too) for energy before utilizing the fat stores. Why burn body fat when there’s quick burning glycogen available, you’ve just come off a high-carb starter diet, and your body “expects” glucose? Had the study been extended, I suspect the low-carbers would have burned through their glycogen stores and increased the rate of fat burning.

Despite the claims to the contrary, the researchers only showed increased body fat loss via measurement of breath metabolites. They weren’t actually able to confirm a significant difference in body fat between the two arms. They even used DXA, the gold standard for detecting shifts in body composition, and came up empty.

All that said, this is an interesting and well-done study — just not enough to justify dismissing low-carb.

I recently bought a bottle of Extra Virgin Olive Oil for about $8.99, and yes I know it’s too good to be true. But after tasting, and then researching (insert brand name here), I realised that the olive oil I purchased wasn’t extra virgin BUT it was still 100% olive oil. So my question is; is cooking with a blend of different grades of olive oil (rather then just extra virgin) still primal?

All that’s missing is the flavor and the unique olive polyphenols. Those are big misses, to be sure, as the polyphenols found in extra virgin olive oil imbue it with antioxidant effects, make the oil more resistant to heat damage, and offer cardio-protective health effects. But refined olive oil is probably better than most other oils for heating. In one study, the authors heated various oils to “deep-frying conditions” and checked oxidative markers every three hours. The olive oils made it 24-27 hours of constant high heating before reaching the maximum legal value of heat damage. Not bad, and it’s not like you’re going to use the same pot of olive oil to deep fry for a full day anyway.

As for in vivo oxidation? Whereas EVOO consumption reduces LDL oxidation, consuming refined olive oil has no effect in either direction. It’s not “bad.” It’s just not all that great, either. “Neutral” is a better description.

Keep it around for sautéing or even the odd deep-fry session, but definitely go out and find a quality extra virgin olive oil. Believe it or not, quality EVOO exists at that price point. If you have a Trader Joe’s nearby, grab their California Estate EVOO for $6 or $7; it’s probably my favorite “cheap” one.

That’s it for today, everyone. I’d love to hear your thoughts on the low-fat/low-carb study down below, plus any input you have concerning regular old olive oil.