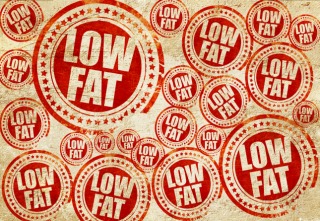 For today’s edition of Dear Mark I’m answering a pair of great questions. First, Vaughn asks me about a recent study where ethnic Chinese participants were placed on several different diets, and those on the “low-carb, high-fat” one actually did worse than those on higher carbs and lower fat. Should you give up your low-carb approach? Then, I explore the bone-strengthening effects of prunes and discuss the Simon and Garfunkel diet.

What are your thoughts on this study from China where a low-fat diet beat out a high-fat diet in healhy adults? https://www.sciencedirect.com/science/article/pii/S2352396417302529#t0010

Interesting paper. Thanks for the tip.

After six months on their respective diets, the high-carb group had the best metabolic outcomes. They lost the most weight, the most inches off their waists, and saw the biggest improvements to their blood markers. The next best was the moderate carb/fat diet. The worst was the high-fat/low-carb diet.

Oh man, Sisson. You mean to tell me that the LCHF group subjects were eating more fat and had the worst results. That’s that. I’m out. This is all a sham.

Hold on a minute. Something in the study design caught my eye.

They replaced carbs with pure soybean oil. That’s how they modified the macros—taking a little flour away and pouring an isocaloric glug of soybean oil all over everything. Anyone else feeling nauseated?

As stated, however, this intervention does reflect the dietary trends in China. It also reflects the trends in the standard American diet. Americans (and everyone else the world over) are eating far more soybean oil than ever before. From 1909 to 1999, American consumption of soybean oil rose more than 1000-fold. Yes: Those are three zeros.

But it’s not relevant to most of my readers.

Forty-six percent carb isn’t low-carb by any stretch of the imagination. The results from this study probably don’t apply to someone eating 20% carbs.

All that said, I find it plausible that ethnic Chinese would have genetic adaptations to a higher carb diet. They tend to produce high levels of salivary amylase—an oral version of the digestive enzyme responsible for digesting starch—which is an indication of ancestral exposure to starch. People who make more salivary amylase have better metabolic responses to starch intake. In the context of higher-carb diets, they’re also less likely to be obese.

Mark, if you do a follow up piece, consider looking into the studies on dried plums, and perhaps also the study on the “Scarborough Fair” diet, which also showed positive bone-health results for the group using a specific set of herbs, fruits and vegetables.

You’ve got it, JTB. Everyone overlooks prunes, and I’m a big Simon and Garfunkel fan. I accept your proposal.

What’s the deal with prunes? Most people only think of them as tools to fight constipation. And, boy, do they. Prunes work so well that prune juice has become a joke. C’mon, what’s the first thing you thought of after reading the word “prunes”? Exactly.

Prunes are great for the gut, but they don’t just instigate excellent defecation. They actually promote good gut health by increasing the growth of beneficial microbes and inhibiting the growth of pathogenic microbes. They may help prevent colon cancer by acting as a prebiotic.

Animal and cell culture studies do indicate benefits to bone turnover. There are different theories as to why. Prune polyphenols are nice but probably not responsible for the effects on bone health. My guess is it’s the prebiotic effect, given that we know from last week’s post that probiotics can improve bone health.

If these effects hold in humans, and I think they will, prunes are an excellent choice. They don’t even spike blood glucose all that much, despite being dried fruit quite high in carbs.

Now let’s look at the Scarborough Fair Diet. First, open this in a new tab and turn the volume up.

The Scarborough Fair Diet’s quite interesting. Researchers constructed it from all the fruits, vegetables, and herbs that have been shown in animal studies to improve bone health. Most were extremely high in phytochemicals. This diet was pitted against a diet containing basic fruits, vegetables and herbs. Both diets had the same amount of plant foods.

Where the Scarborough Fair Diet had parsley, sage, rosemary, thyme, and garlic, the regular diet had mint, basil, and oregano.

The SFD had prunes and oranges; the regular diet had apples and bananas.

Both contained very nutritious foods. I’m a big fan of most of them. But only the SFD improved bone turnover markers and calcium retention in postmenopausal women. That’s a very cool effect, and it suggests that the various nutrition-based bone health interventions in animal studies likely carry over into humans, too.

That’s it for me, everyone. Thanks for the great questions. Be sure to help out with your input down below or throw a few more questions my way. Always happy to help.