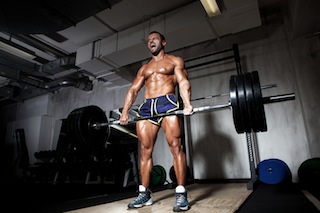 For today’s edition of Dear Mark, I’m answering four questions from readers. The first one comes from Mike, a powerlifter who’s looking to drop carbs and eat healthier without sacrificing his performance. Can he do it? Find out below. Next, what does the fact that we store fat in almost unlimited quantities tell us about the role it plays in our health? After that, I discuss how someone might incorporate “forest bathing” principles in their home. Last, I explore the nutritional benefits of wild elk fat and include its basic nutritional profile.

I have been following your website for awhile now and am trying to catch up with, in my opinion, priceless info on nutrition and healthy living. I haven’t noticed anything on optimum nutrition intake specifically for powerlifters. Everything on the web is high carb, high protein but I’m slowly trying to cut carbs and gluten and all that unhealthy garbage.

I would really really really appreciate an article or podcast or even a quick email regarding this topic. I know there is no one-all be-all plan when it comes to this sport, but a point in the right direction would really help. Brief background: I have been training specifically for powerlifting for the last 10 months. My current program is pretty basic: 4 weeks of volume @80% of my 1RM, deload, then 4 weeks of intensity leading to a 9th week of new PRs.

I really appreciate your time and what you do. And I’ll keep listening even if you don’t reply.

Thanks for the kind words, Mike. I appreciate them. The days of powerlifters relying on entire pizzas doused in olive oil with gummy bear milkshake chasers for their nutrition are waning, as far as I can tell. Things are getting a lot more technical and folks are learning they can optimize their performance with better, “cleaner,” dare I say more primal nutrition. A few different things to check out:

Carb backloading: John Kiefer proposed this concept in his book of the same name, and you’ll have to buy it to get the full story, but the gist is something like “eat low to zero carb throughout the day, then consume massive amounts of carbs immediately after strength training.” This takes advantage of a nifty physiological trick called non-insulin dependent glucose uptake that occurs after a really intense session of training, which means your muscles can refill their glycogen stores without the usual spike in insulin and concomitant reduction in fat-burning. For more info, check out the podcast Kiefer did with Robb Wolf.

Cyclical low-carb/keto: This is what I usually recommend to people who want to eat mostly low-carb and maintain high performance in historically carb-intensive pursuits. It involves targeted, selective carb consumption rather than indiscriminate gorging. A “cycle,” if you will. You can cycle off low-carb in a couple different ways:

1. Focus your carbs around workouts, either 1-2 hours before or after. Go low-carb the rest of the time.

2. Do a carb refeed/cheat day once or twice a week. Strict low-carb at all other times. It probably works best to do your refeeds on or just before heavy training days.

Check out the KetoGains subreddit for a community of keto strength training enthusiasts.

You may also do fine on perpetual low carb, or even full-on ketogenic dieting, as this group of competitive gymnasts did (not powerlifters, sure, but they do strength train and managed to maintain or increase their lifts on a ketogenic diet). Just try it. Give yourself three to four weeks to acclimate to the new level of carbohydrate. Obviously, you don’t want to shake things up too much if you’re approaching a competition, or anything that demands your best performance. If you find yourself lagging during workouts even after the period of adaptation, make small, incremental increases in carb intake (around +20 grams per increase) adjacent to your training until you find a level that allows you to train well.

I completed the PB Certification a few months back (which was brilliant programme, by the way) and have just been reviewing my notes. One thing that struck me that you may have pointed out but I don’t recall seeing, is does the fact that the body can store only fairly limited amounts of carbohydrate and protein, yet almost unlimited fat give a good indication of the respective levels of each it expects to receive?

I see this rather like looking in someone refrigerator and seeing 3 different size containers; you could guess that the biggest one is for foods they eat the most of and the smallest the eat the least of.

Sorry if you have already made this point, but interested to hear your thoughts!

Good eye, Tim. That’s a very nice way to frame things. I sort of got into the subject in post from several years ago: The Metabolic Paradigm Shift, or Why Fat is the Preferred Fuel for Human Metabolism.

I’d go a step further, though. The fact that the body sees fit to store energy as fat indicates its safety. Fat isn’t toxic. It’s a reliable fuel source. It’s “healthy.” I mean, I just can’t imagine a scenario in which an animal — or all animals, really, who store excess energy as fat — evolves over millions of years to rely on a fundamentally flawed, toxic, “artery-clogging,” inherently dangerous source of energy. It wouldn’t make sense.

Any diet or way of living that restricts, inhibits, or perturbs our ability to utilize that stored energy is unhealthy. If we can’t access the fat locked in our cells, or our mitochondria aren’t equipped to burn it once freed, or we eat too much fat (or food in general) for our bodies to handle on a consistent basis, fat becomes”bad.” But fat isn’t inherently bad. If it were, we wouldn’t store it so readily and easily.

Greatly enjoyed your article on “Forest Bathing”. Was wondering if you had any thoughts or suggestions as to which plants/trees might be most beneficial or give off the most phytoncides? I want to put some in my house so I can be around them more often.
Thank you very much.

Love the site and the podcast.

While most of the best lab research has focused on the trees that populate the forests where the bathing occurs, like Japanese cedar and the hiba tree (a conifer), the specific species don’t seem to be very important. Forest bathing lowers stress, reduces hypertension, improves immune function, and lowers blood sugar whether the forest is cedar, hiba, oak, or beech. Studies using cypress oil, cedar wood chips, cedar interior walls (many Japanese homes are built out of cedar) all found similar effects. I’d imagine it would work equally well in the deciduous rainforests of the Pacific Northwest, the towering redwoods of California, Greece’s olive groves, Washington’s apple orchards, the Amazonian jungle. The important factor is the smell and the presence of greenery (or, probably, other growing things).

Although there’s very little research into optimal phytoncide-emitting houseplants, this paper (PDF) found that geraniums, chrystanthemums, cyperus, and begonias were all potent phytoncide sources. You could also look at the most effective aromatherapy scents for stress relief and buy some of the source plants. Some ideas:

As a general rule, any houseplant whose odor is detectable will help. If you can smell it, you’re exposing yourself to plant-borne volatile organic compounds and there’s probably “good stuff” going on. Aim for plants whose smells you enjoy and you’ll probably benefit greatly.

Also, you know, a bag of cedar mulch from the hardware store might be worth a shot, too.

Lemme know how it goes, Tony!

In the spirit of fat, I collect all the fat trimmings from the elk my family kills every year then render it into elk cooking fat. Obviously these wild beasts are not anywhere near grains in the high country of Montana, but I was just curious as to how this fat compares to beef tallow, butter, lard, or other fats?

Nicely done! I envy anyone with ample elk tallow at his or her disposal. “In the spirit of fat” indeed. You’ve got a treat on your hands, as this profile of wild elk fat (among others) explains:

The only downside — and I use that term with many caveats because I don’t really consider it one — is that the fat might taste “funny” or “gamey.” That’s due to the diverse diet of wild game and reflects the variety of plant polyphenols (the aforementioned phytochemicals) present in the fat. When an animal eats wild plants rich in polyphenols (PDF), they show up in its fat, which is an acquired taste because we’re accustomed to animal fat from animals given monotonous, reliable diets.

Compared to lard, elk is lower in PUFA and MUFA, higher in SFA.

Compared to beef, elk is pretty similar overall. Higher SFA and lower MUFA, plus the extra omega-3s I mentioned above.

See if you can get a hold of the marrow bones and, if you’re adventurous, the brain. Nutrient greatness awaits inside:

That’s it for today, everyone. Thanks for reading and be sure to add your comments and advice below.