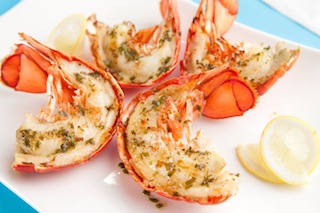 Way back in 2008 I published an article titled Insects: Not Just for Breakfast Anymore, and periodically since then I’ve advocated for bugs as food. It makes sense on so many levels, so I was thrilled to become an investor in a company that was trying to raise awareness and bring (delicious, edible, you-wouldn’t-even-know-they’re) insects to the masses! Exo is pioneering the consumption of crickets as an alternative food source, and was recently named one of The Most Innovative Companies in the World in Food in 2015. The following article is another special guest post from Gabi Lewis, co-founder of Exo. We hope you enjoy it. And don’t miss the special discount offer at the bottom of the post. Now, enter Gabi…

Nutrition trends swing like pendulums. We’re beginning to understand how to optimally fuel our bodies, but it’s a rocky and roundabout road to get there. We observe this firsthand every day in the mainstream media; consider the messaging around fat: “all fat is good”, then “all fat is bad”, then “some fat is good”, and now “(almost) all fat is good”.

Tastes and food preferences vacillate, as well. Much like nutrition trends, these preferences reverse and re-reverse year after year, ebbing and flowing as we take cues from world-class chefs and influencers. At Exo, we’ve obviously thought about these movements a lot, since we’re essentially trying to bring back a food that humans have enjoyed for eons, but which has recently gone out of style: crickets. In fact, we’ve closely studied some of the foods that have undergone these wild transformations in perception, and successfully made the transition from weird to normal. Here are a few of our favorites: 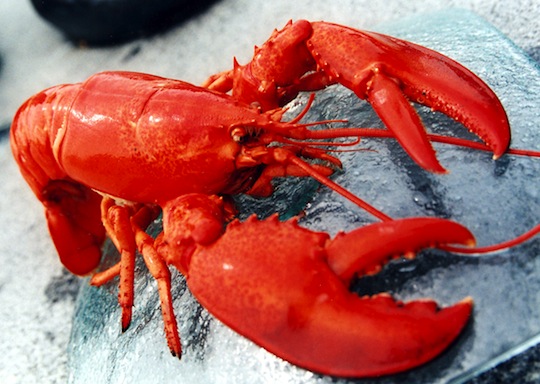 With its name originating from the old English word loppestre, a made-up word for a terrifying spider-locust hybrid, you’d be right in guessing that this symbol of extravagance wasn’t always aspirational. In fact, pre-1900, lobster was barely sold at cost. Native Americans used it as a fertilizer for corn (the original surf ‘n’ turf) and Puritans would apologize to their guests when serving it. Lobster’s abundance rendered it almost worthless—little more than prison slop. There’s even a rumor of a group of indentured servants in Massachusetts who sued their master for serving lobster too often. According to the lore, they won. In the past century, however, lobster has undergone one of history’s most remarkable rebrands. Once considered the “cockroach of the sea”, it’s now the epitome of decadence, topping off tasting menus around the world.

While prized worldwide for their nutritional density and perceived healing properties (eat heart for a healthy cardiovascular system, brain for clear thinking, and so on), we in the West fell out of love with internal organs quite some time ago. We arrogantly redefined “meat” as the muscle tissue of just four animals and in a misguided move of snobbery, decided that everything else—the offal (literally, off-fall, or whatever fell off a butchered animal’s carcass)—was somehow not fit for consumption. It even became common to throw organ meats at convicted criminals to display your disapproval of their actions. A variety of factors reinforced the idea that organ meats were undesirable including the demonization of animal fat, the rise of industrialized agriculture and a desire to distance ourselves from the reality of consuming animals (it’s easier to eat a chicken breast than a chicken foot, and forget what’s actually going on). Thankfully, organ meats are having a resurgence in popularity and we’re learning (or more accurately, re-learning) how incredibly versatile and nutritious they can be. Trends like nose-to-tail dining are helping us to incorporate all parts of the animal into everyday cuisine. Fine-dining chefs are serving delicacies like fois gras and sweetbreads. Health-focused, primal and ancestral communities are understanding and trumpeting the nutritional value of offal. The popularity of organ meats is coming full circle. 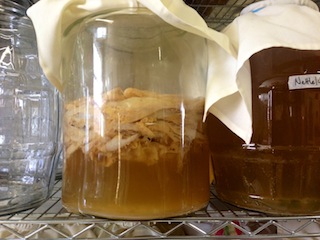 As this literal colony of yeast and bacteria fights it out with coconut and kale for superfood of the year, you’d be forgiven for not remembering that just a few years ago most of us couldn’t stomach it (and many still can’t). Fermented foods are deeply interwoven in the historical fabric of almost every culture on earth—from Sauerkraut in Germany to Kimchi in Korea. And for good reason–recent studies are beginning to link fermented foods to a reduction in the risk of contracting a vast number of negative health conditions[i]. These are true functional foods. Nevertheless, our Western palates took some time to catch up. Although Kombucha sales in the US might reach half a billion dollars this year[ii], it was a virtually non-existent beverage category a mere decade ago. 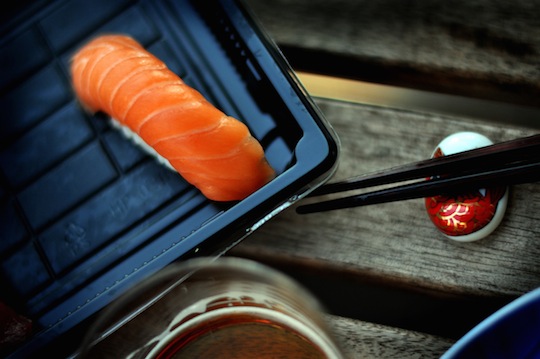 Until recently, the idea of raw fish was disgusting to almost everyone outside of Japan. Few Americans had ever tasted it and the idea of something so raw, slimy, foreign and particularly fishy was not appealing. Everything changed in the late 1960s, however, when a chef in Los Angeles, catering to mostly Japanese expats, couldn’t find the fatty tuna he was looking for and had to innovate. Forced to replicate the texture with a local equivalent of some kind, he chose California avocado (also soft, raw and fatty).  He wrapped everything in seaweed and turned it inside out, creating the California Roll and reimagining sushi for Western palates. Fast-forward a few decades and you can find a sushi bar in practically every airport in the country.

Our goal at Exo is to make crickets a mainstream protein source. The only thing standing in our way is cultural perception, and we take tremendous comfort in knowing that there’s a long list of foods that have undergone the exact same transition from obscurity to ubiquity that we’re trying to bring about with insects.

Eating crickets, and insects more generally, simply makes sense. They are nutritional powerhouses, packed with complete protein, healthy fats, iron and calcium; and they’re more efficient to raise than conventional protein sources. The case studies we’ve explored illustrate a profound flexibility in our tastes and preferences, and suggest that framing and perception is everything. If the “cockroach of the sea” can top off a tasting menu with a dousing of garlic butter, and raw fish can penetrate America with some avocado mixed in, imagine what can become of crickets with a little chocolate. 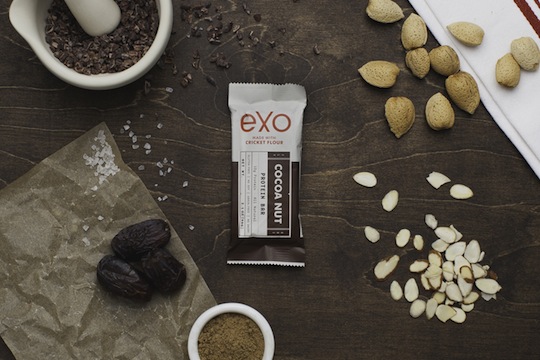 Check out Exo’s range of nutrient-dense snack bars made with cricket protein (no legs, we promise), developed by an award-winning Three-Star-Michelin chef. Formulated to be the perfect introductory vehicle to insects—the California Roll of bug cuisine—these bars combine cricket protein with nut butters, dried fruits, and a touch of honey. Use code MDA15 for 15% off your first order here.