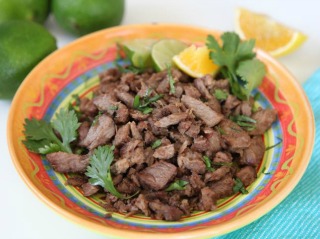 Instead of pork, lamb is subbed in. Lamb carnitas can be served in Primal tortillas or heaped in a bowl with cilantro, shredded cabbage, avocado, sour cream, and hot sauce. This is a flavorful departure from traditional lamb dishes and provides a delicious new way to ingest all the amazing nutrients lamb has to offer, like 8 essential amino acids, several B vitamins, niacin, zinc, iron and conjugated linoleic acid (CLA).

Instead of lard, the lamb shoulder is simply braised in water that’s flavored with orange, garlic, onion, cinnamon, cumin, and coriander. When the meat is tender, fry it up quickly in a skillet, and lamb carnitas is served.

Time in the Kitchen: 2 to 3 hours to braise, plus 30 minutes hands-on cooking 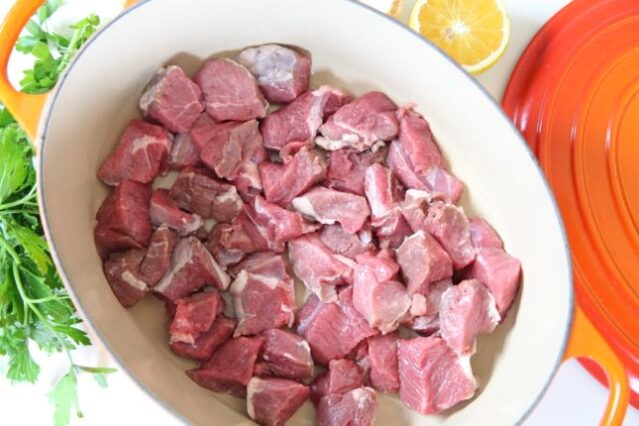 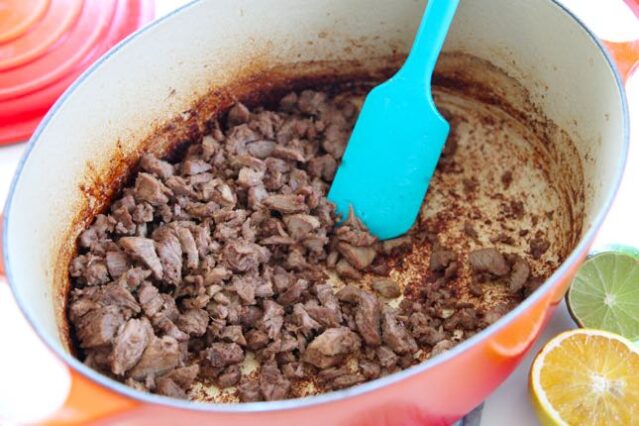 Place the chunks of lamb in a Dutch oven or wide ovenproof skillet with a lid.

Add enough water to cover the meat by 1 or 2 inches (25mm to 50 mm). Bring to a boil then reduce to a simmer. Use a ladle or spoon to skim off the white that rises to the surface.

Cover with a lid and cook in the oven for 2 to 3 hours, until the meat is soft and tender. Check occasionally, turning the meat and adding more hot water if needed to keep the meat just barely covered with water.

When the meat is tender, remove it from the pot. Shred or slice the meat into tiny pieces. Taste the lamb, and season with salt if needed.

Heat a wide skillet over high heat with a tablespoon or two of lard, tallow or coconut oil, so there’s a very thin layer of oil in the skillet. In batches, add lamb to the skillet, frying just until crispy around the edges.

Lamb carnitas can be served with wedges of lime, cilantro, shredded cabbage, avocado, sour cream and hot sauce. Serve in a bowl, or, with tortillas – sneak in a corn tortilla, make Primal tortillas, or make cassava flour tortillas. 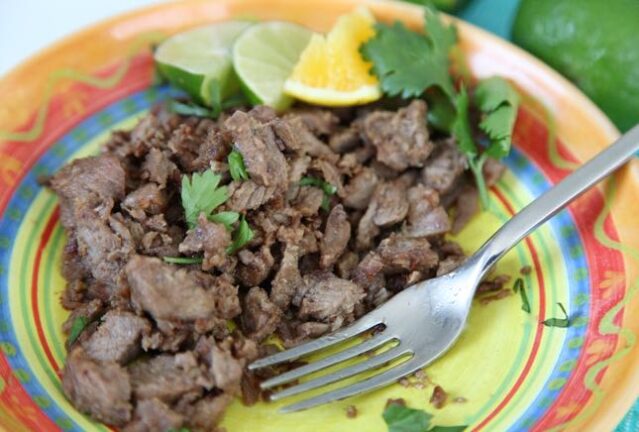