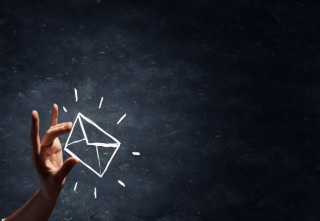 For today’s edition of Dear Mark, I’m answering three questions. First, what’s the deal with the relationship between ketosis and methylglyoxal? Second, why did I recommend using the microwave to cook vegetables in the post from last week? Third, why do chefs use so much salt in their cooking? After all the questions, I throw in a couple more vegetable cooking tips I missed last week.

Did you see this study? Ketosis unlocks a “new” antioxidant system. Pretty cool stuff, just thought I’d pass it along.

Thanks, Noel. That was totally new to me. I knew that ketogenic diets had antioxidant effects, but I didn’t know the ketone bodies themselves were directly involved in detoxification of otherwise toxic compounds. Very cool. I agree.

Methylglyoxal is one of the most reactive agents our bodies encounter. Many of the basic diseases of civilization, like diabetes, hypertension, and heart disease, feature elevated methylglyoxal levels. Causation is likely. Heck, it even possesses the ability to corrupt HDL.

What makes this newest study so interesting is that ketogenic diets have gotten a bad rap for their supposed effects on methylglyoxal levels in the past. Detractors commonly cite a 2005 study of the Atkin’s diet, which found that dieters who reached ketosis doubled their methylglyxoal levels. Sounds bad, but is it?

According to this latest study, maybe not. One of the main ketones, acetoacetate, gloms on to methylglyoxal and converts it to a harmless metabolite. Elevated methylglyoxal might mean very different things depending on what kind of a diet produces it.

Other studies have found methylglyoxal to be a potent anti-cancer agent whose users “benefited greatly,” some even becoming “free of the disease.” Methylglyoxal has a hormetic effect, too. That means it can provoke a beneficial response in the right dose, making us stronger and healthier than if we’d never encountered it at all.

I’m kind of shocked you include microwaving anything as an option.

I hear you. I’ve always been on the fence about microwaves.

The purist in me feels guilty whenever I microwave something. Cooking over fire or on the stove is intimate. You’re close to the food. You’re touching it. You’re putting yourself into the dish. Cooking in the microwave is putting food in a box, closing it, pressing some buttons, and walking away. It’s very clinical.

The “suspicious of modern food processing” part of me tingles when I think about microwaving. Maybe, just maybe it is destroying the integrity of the food, forever altering the molecular structure of the water within, and creating carcinogenic compounds. Sure, the studies don’t really show it, but couldn’t they be industry-funded?

But another part of me realizes that microwaves save a ton of time. They’re very convenient. And that studies seem to vindicate microwaves. Some even show that microwaving is the most gentle way to cook certain foods and preserves the most nutrients. I can’t come up with a good, evidence-backed reason not to use the microwave.

I wouldn’t microwave breast milk. But I would microwave my bone broth.

Some additional thoughts regarding salt… Processed foods, fast foods, and restaurant foods can contain considerably more salt than what most of us would cook with from scratch at home. This is because salt covers up the fact that shortcuts have been taken in the preparation, sometimes to the point that such foods have little flavor of their own.

While I agree salt is often used in lieu of quality and creativity, I’d also suggest that ultimately salt isn’t there to make food taste salty or cover up imperfections and mistakes. It enhances flavors. It highlights them. Try turmeric by itself—a dash of powder on your tongue. Virtually tasteless. Now, add some salt. It’s a totally different experience. You can actually taste the turmeric more when you pair it with salt than when it’s by itself.

Another reason is that sodium enhances sensitivity of sweet receptors. You actually taste more sweetness when you add salt. That explains the sudden and meteoric rise of salted caramel-flavored foods.

Even macaques know this. Given access to both salt water and fresh water, they dip their food in the former to enhance the taste.

And now for the vegetable cooking tips I promised up above….

Unless you enjoy peeling dozens of cloves, get yourself a sack of peeled garlic. I like the big bag sold at Costco.

You have to really love garlic for this to work. But if that doesn’t describe you, I’m not sure we can be friends anymore.

Whole garlic cloves go really well with roasted cauliflower. For whatever reason, they both cook to perfection in a cast iron pan at 425° in about 30 minutes, tossed in EVOO or avocado oil.

Got a stir fry going? Throw in some garlic cloves. Smash half and leave the rest whole. Mix up the textures and flavors (smashed, garlic cloves become more pungent and display more potent polyphenols).

Want to get crazy? Roast an entire pan of garlic cloves. Nothing but garlic, fat, and some salt. Try not to eat them all in one sitting.

Fair warning: Garlic is extremely high in inulin, a potent prebiotic fiber. You will fart. Prepare for that. Most people aren’t eating garlic in volume, but those who embark on this challenge will.

Get yourself a little butane torch, read the instructions, make sure you know what you’re doing. Avoid open gas lines. Start exploring.

I find almost everything takes to the torch. In fact, I haven’t had any bad experiences. Of course, don’t try torching cucumbers or anything silly like that.

Torch it dry, then dip in oil and sprinkle with salt. This retains the crispness and the sweetness without causing conflagrations (fat is flammable).

Learn the fine line between blackened and burnt. Traverse that line as often as you can, for it is where flavor lies.

That’s it for today, folks. I hope you enjoyed today’s set of questions and answers. If you have anything to add or ask, do so down below. Thanks for reading!