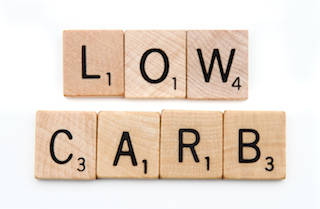 For today’s edition of Dear Mark, I’m answering two questions. First up, is the ketogenic diet an effective cancer treatment? There’s a lot of hype in the media and online world about ketosis, but what does the research really say? Then, I discuss a few different probiotic dosing patterns. Should you take them every day? Is there a benefit to switching brands from time to time? Should you ever megadose probiotics? How did ancient and preindustrial people “supplement” probiotics?

I’ve read a few studies about the use of a ketogenic diet as an effective treatment option for cancer. Basically, the studies purport that cancer cannot survive on ketones, but instead require glucose to proliferate. I.e., eliminate glucose, starve cancer cells. I was hoping to get your opinion on this – can tumors really be subdued with strict ketosis?

First I’ll point out that there are over a hundred types of cancer. What’s good (or bad) for one type might not be good for the next type. So when we discuss the effects of ketosis on cancer, we have to be extremely specific. And above all, we must remember that none of this constitutes medical advice. I’m not qualified to give it and the science is extremely preliminary.

With that said, several lines of evidence have lead many researchers to conclude that ketogenic diets may have efficacy in cancer treatments.

But just because high blood sugar seems to exacerbate cancer progression doesn’t mean ketosis will halt or even slow it. Does it?

Numerous animal and in vitro studies have found that ketogenic diets or ketone administration can improve survivability, slow tumor growth, increase tumor cell death, and improve the efficacy of traditional cancer therapies. One study found that injecting ketones into chow-fed mice increased tumor growth. Interesting, but injected ketones on top of a non-ketogenic lab chow diet isn’t analogous to how ketogenic dieters produce ketones. I’m not sure we can draw any conclusions from that one.

There have been a few human studies, mostly testing the effects of ketogenic diets on brain cancer patients. The evidence is mixed.

In a group of 16 advanced cancer patients, ketogenic dieting improved quality of life, including emotional processing, in those who could tolerate the diet. In a recent pair of case studies, glioma patients showed tumor progression on a ketogenic diet. The tumors actually began producing enzymes necessary to metabolize ketones, suggesting that some gliomas can adapt to ketogenic diets and switch over to the new fuel source. In addition to reporting the case studies, researchers also reviewed the human keto diet/brain cancer literature as a whole, concluding that some brain cancer patients respond well to ketosis while others see no benefit. Those who do benefit enjoy slowed tumor progression. That said, only one of the human case studies covered in the review used ketosis as a monotherapy; all others used keto in conjunction with more traditional cancer therapies (radiation, chemotherapy).

As for why rodent cancer patients do so well on keto, they’re usually genetically homogenous lab creations, not “wild-type.” Their tumors all respond more or less identically to various inputs, whether they be radiation, supplements, or ketogenic diets. Humans are wild-type, and tumors from different humans have different degrees of ketone metabolism and thus different responses to ketosis. Those whose tumors express fewer ketolytic enzymes will likely fare better on ketogenic diets than patients whose tumors express more ketone-metabolizing enzymes.

Still, when used as an adjunct to cancer therapy, ketogenic diets appear to be safe and free of serious side effects. If I were diagnosed with a brain cancer, I’d probably try a strict ketgeonic diet. It’s safe, and very well might improve my prognosis, quality of life, and response to treatment. In other words, ketogenic diets under the supervision of your oncologist probably can’t hurt to try. But don’t assume you can “just go keto” and forego all other treatments.

The jury’s still out, but I expect we’ll get some real answers in the near future.

Any thoughts on the benefits/drawbacks of cycling probiotic intake? Either by cycling on-periods and off-periods…or by switching to new strains after a period of time?

To my knowledge (and I try to stay apprised of the research in this particular area), researchers haven’t yet formally examined the question.

In the absence of hard data, I look to traditional and ancestral precedent. Not as the final word, but a starting point for informed speculation. So let’s speculate.

If the best-studied extant tribe of hunter gatherers — the Hadza — are any indication, it followed a steady pattern punctuated with mega doses. Mega-doses? The largest acute exposures to exogenous bacteria occur when the Hadza make a kill. To wash off the blood and bits of viscera caked on their hands, they use fistfuls of partially-digested plant matter from the still-warm guts as hand scrubbers. Not soap and water. Not hand sanitizer. Stomach sauerkraut teeming with microbes.

Then, they slice the raw stomach into bite-size pieces and eat it on the spot. No cooking, no parboiling to remove contaminants. Straight up stomach sashimi.

And finally, after removing as much fecal matter from the colon as possible, they toss it on open flames to cook for a few minutes. Charred on the outside but mostly raw along the bacteria-rich inner walls, the colon is sliced and served. That’s a literal megadose of colonic bacteria.

Underlying those megadoses was a consistent, close relationship to the microbial world around them. Extended breastfeeding. Co-sleeping with your entire family. Digging for tubers, gathering honey, hunting. That’s the backdrop against which they interacted, lived, handled: the dirt, dust, bugs, plants, animals, and each other, all teeming with microbes.

If hunter-gatherers obtain their “probiotics” passively by residing in the natural, de-sterilized environment, others cultures get theirs via fermented foods.

In Korea, kimchi is a staple food eaten with every meal.

Japan has soy sauce, natto, miso, and other interesting items.

In much of the Mid East, India, the Mediterranean nations, Russia, and Eastern Europe, fermented dairy (yogurt, cheese, or kefir) is eaten or drunk every day.

Western Europeans have their cheese habit.

The Mongols conquered the world on fermented mare’s milk.

For the most part, exposure to probiotic happened daily for most people throughout history, whether via fermented food staples or passive contact with environmental microbes, often both. I can’t think of anyone more divorced from their natural microbe-replete environment than modern Westerners. We think kimchi is “smelly.” We buy pickles soaked in vinegar, not lacto-fermented brine. We live in a world of hand sanitizer, antibiotics, draconian hand washing measures, cupboards full of antimicrobial chemicals. We spend our lives almost entirely indoors. We often need probiotic supplements supplements just to be normal. (And because I personally wanted the best and it didn’t exist in the marketplace, I created Primal Flora.)

Now, if you’re the type to demand randomized clinical trials for every decision you make, stick to daily “normal” dosing. Every probiotic study I’ve seen uses 1 to 2 pills a day. That’s the only concrete data we have to go on, and we know that works if the strains being used are useful for the effect being sought. Could cycling work better? Perhaps, but I haven’t seen any evidence and simply eating a variety of fermented foods (each with its own stable of microbes) is a kind of cycling. Might megadoses speed up colonization and realization of health benefits? I wouldn’t be surprised.

As I see it, there’s precedent for both steady intake of probiotics and infrequent megadoses. Probably both at once. Less so if you’re eating fermented food regularly.

Thanks for reading, everyone. Take care and have a great rest of the week. As always, I’d love to get your input on today’s questions!