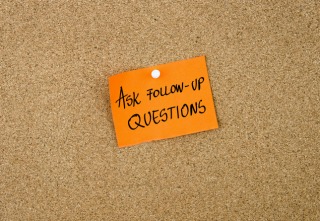 For today’s edition of Dear Mark, I’m answering some questions from the comment board of last week’s Definitive Guide to Keto. You folks came up with some great ones. Is counting carbs in non-starchy vegetables still unnecessary on a ketogenic diet? What’s the connection between ketosis and “starvation mode,” and should we be worried? What if you don’t want to lose weight on a ketogenic diet?what modifications should you make? Are you in danger of blowing a breathalyzer test due to ketone metabolites on your breath? Can endurance athletes benefit from keto? Is cyclical ketosis preferable to constant ketosis? Are sugar alcohols ketogenic-friendly?

I got a very important question. In terms of standard, not ketogenic, low/moderate carb diets I’ve read where you shouldn’t count low calorie green veggies considering most of their glucose is burned during the digestion process. This method has worked for me very well, when I count carbs I think of fruits, tubers, berries, honey, etc., not broccoli and kale. But if I were wanting to experiment with ketosis should I count broccoli, kale, spinach, and other green veggies? Or does the same method apply in ketosis?

Some might say, “What’s the harm in counting?” After all, you’re only being accurate. A diet should be as effortless as possible. You want to remove as much unnecessary stress as you can, and counting the carbs in broccoli is about the silliest thing to stress over.

Never heard of this diet before. Its very interesting what got me confused was that I have always read that making your body in a “starving feel” if i’m understanding right it’s basically the purpose of this diet your body lowers your metabolism as your body is scared that there is no food. But this diet is saying it helps you lose weight which contradicts with what i just said. I am no nutrition expert by all means if anyone could explain to me if what I said is basically a myth or why this diet works different I would be really grateful heck il even give it a try and see how it goes haha :3

A ketogenic diet tries to mimic the beneficial effects of starvation while limiting the negative effects. Ketones mimic the life-extending effects of caloric restriction, for example. Ketosis also induces autophagy, just like fasting. But because there are still ample micronutrients coming in, and you’re eating enough protein to provide the amino acids you require from meat (rather than your own muscle and organ tissue), most of the negative effects are reduced.

Thank you for this information. For many of the health benefits you list, I’d like to get into ketosis for a time. But I do NOT want to lose weight. I don’t have any pounds to spare. The past couple of times I’ve tried this diet it was hard for me to maintain my weight. I have no fear of healthy fats like lard, butter, heavy cream, etc, but it was still hard to eat enough. Any advice for us skinny guys and gals who want to get into ketosis without losing weight?

Ah, yes. What is an important feature of the ketogenic diet for most people?the inadvertent reduction in calories?is a flaw for you. You have a few options.

I’ve had great results going keto, but one thing concerns me: I’ve heard that ketogenic diets can cause false positives on drunk driving breathalyzers. Anyone have any information on this?

It’s possible. A case study showed that alcohol dehydrogenase (an enzyme that metabolizes ethanol) can convert the acetone you’ve built up from ketosis into isopropanol?one of the metabolites breathalyzers test for.

OK, I’ll do it. I’ll be more strict about the Primal Blueprint until July 4th, then try keto for six weeks. I am training for the Chicago Marathon on October 8th, though. Is there a conflict between keto and endurance training?

Check out my last book, Primal Endurance, for more details.

But long story short: Yes, endurance athletes can benefit from going keto. They don’t have to stay ketogenic.

Ultra-endurance athletes seem better suited for full-time keto. The biggest strides in ketogenic performance are happening in ultramarathons and other long-distance events.

But marathoners can benefit from keto-adaptation, even if they don’t stay there full-time. You have till October, plenty of time to get fully keto-adapted, build the metabolic machinery in your muscle mitochondria to get really good at burning free fatty acids, and then return to a diet with more (but not necessarily high) carbs. Make sure to cycle in some ketogenic bouts, just to keep your capacities topped off.

If you do this correctly, you’ll be great at burning fat and glucose by the time the marathon rolls around. You’ll burn more free fatty acids and less glycogen at the same intensity, leaving you more glycogen for the last legs of the race.

You’ve touched on it before and here again but for most who do not *need* keto do you encourage cyclical ketosis as in not 24/7/365. In my opinion and experience and just thinking from an evolutionary and physiologic (maintain insulin sensitivity and reduce physiological insulin resistance of keto, gut microniome, nutrients) standpoint it makes sense that most would benefit from non constant ketosis. Any thoughts?

Few people “need” to be fully ketogenic all the time.

Everyone “should” be ketogenic some of the time.

I do maintain that everyone should try three to six weeks of ketogenic eating, if only to see what it feels like, observe how their body responds, and build the metabolic machinery in the muscles necessary to burn free fatty acids en masse.

Do sugar alcohols in sugar free gum affect ketosis!? I sometimes chew a lot of gum while at work and worried it may be affecting my body going into Keto: thank you for any insights.

Erythritol and xylitol shouldn’t have an effect. Eat freely, as long as they don’t upset your stomach.

Avoid maltitol. It contains digestible carbs (about 2-3 calories per gram, compared to 4 calories per gram of glucose). On the plus side, maltitol is a great long-lasting laxative. Just be sure to set aside 2-3 days for the journey.

That’s it for today, folks. If I didn’t get to your question here, I’ll revisit the comment board for more follow-up info in the coming weeks.