Keep Moving: Change Is a Process

In December 2010, after 18 years of being employed at the same company, I lost my job. During my tenure with the company I never gave much thought to the negative impacts of stress and my eating habits. But suddenly I was unemployed, overweight at 322 pounds, and faced with the prospect of starting over at 39 years old. For mine and my family’s sake I needed to make some changes—not just in jobs or careers, but changes in every facet of my life. In February of the following year, after an unusually hard night of partying, a metaphorical switch flipped in my head after looking at the previous night’s pictures. It was time to act and the first step in my transformation was to take control of my health. I had been an active person prior to my management career but never really considered how diet and fitness go hand in hand. I went online, using a BMR calculator and determining how many calories I burned in a day. I researched how macronutrients created different metabolic responses in the body. 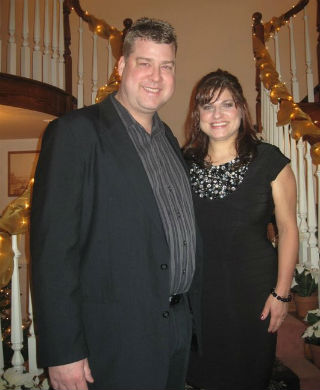 Based on this research, I discovered that keeping carbs low was the best way to burn body fat. I also understood that in order to keep carbs low I would have to eliminate grains from my diet. I then constructed an eating plan around creating a caloric deficit and started to work out again. I was inspired and determined, working out six days a week and sticking to my eating plan. I tracked my calories using an online app. Over the next 12 months I lost 86 pounds, and while I was proud of this achievement, I wanted more.

Over the next year I concentrated on body composition, building lean mass and dropping body fat. I did my first “bulking” period from October 2012 to January 2013 by increasing calories to reflect a surplus, but my mistake was that I increased carb intake (mostly from grains) over that period. The result was a 37 pound gain with substantial body fat gain. My second “bulking” period ran from October 2013 to February 2014, this time using Primal eating methodology and keeping carbs low. This resulted in a 14 pound gain with little body fat gain. 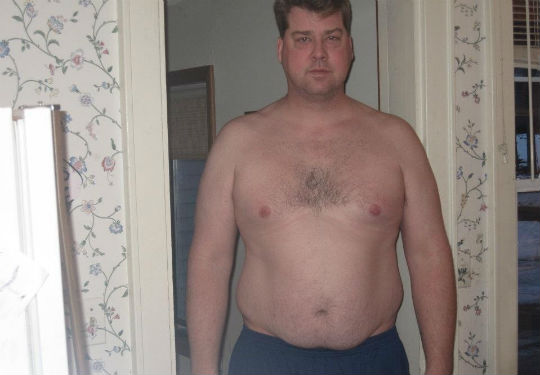 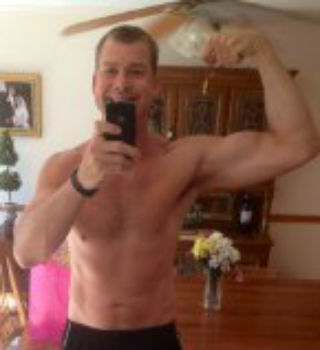 I first read The Primal Blueprint in early 2013 but had been a follower of MDA since the fall of 2012. The fundamentals of the Blueprint appealed to me. Less time in the gym, playing more, sprinting once in a while, eating real wholesome health-protective foods and getting lots of rest: this was something I could embrace that was easily sustainable. I allow myself an indulgence now and then. Just yesterday, I ate an entire pizza. But today I’m right back to it. I have also incorporated some intermittent fasting and compressed eating windows into my regimen as well. The results speak for themselves and in late July of this year I achieved the 100 pounds lost mark…102 pounds to be exact. I’m leaner and stronger now, working out less, and eating more in terms of calories. At every opportunity I sing the praises of the Primal lifestyle and do convert some people to our Primal ways. But I still encounter many people who are hopelessly mired in the dogma of conventional wisdom. Somehow people just can’t wrap their heads around eliminating grains, eating healthy fats and working out half as much as they’re used to. 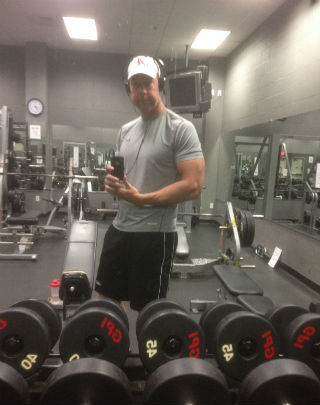 In this same time period I also changed careers, went back to school, and became a certified social studies teacher. I always had an affinity for history so it was a perfect fit. I wanted this transformation to be complete and permanent. No going back to unhealthy behavior and no going back to a job I loathed. I’m not unique—many people face the challenges of a job loss or a health scare. The emotional, physical and financial stress places great strain on a family and I have to say that without the support of my family that this transformation never would have happened. In any challenge there are always two approaches. Either you accept your circumstances as unchangeable and limp as the victim through the rest of your life, or you accept responsibility for your shortcomings, turn them into strengths and create your own opportunities. Sometimes we are forced by circumstances to make changes and it is the decisions we make from there that determine what kind of person we are. Change is a process; moving toward your goals is a process. Don’t be afraid to make a wrong decision. Make the decision then take the first step. Make changes if it’s not working, but keep moving. Movement is the essence of life. If you’re unhappy where you are…move!

Here are a few tips that I’ve learned over the past 3 years:

1. Calories still matter, to an extent.
2. Work out less but with greater intensity and rest more.
3. Play with your kids and keep moving.
4. Be flexible enough to change what isn’t working but remember that it is a process.
5. Follow the PB lifestyle—it works!