It’s About Enjoying Life By Being Healthy and Active

My name is Joe I’m 30 years old and have been primal/paleo/Keto for two years now. I have lost over 80 pounds and it has changed my life. I grew up in a small midwestern town Sterling, Illinois. I was an active kid playing every sport there was, Soccer, basketball, football, track and field, wrestling, cross country, and roller hockey. Despite doing all these things I gained weight I was the fat kid from a very young age. I didn’t really understand it because I didn’t feel I was doing anything different than my friends or brother. My brother is 1 year and 6 days younger than me so naturally we participated in many of the same activities and ate similar diets. He was always skin and bones and I was bigger and I just figured that’s how it’s going to be.

By the time I started high school I had narrowed my activities down to just football and working out year round for football. I was 5’11” and around 225 pounds and still gaining weight. I had pretty much accepted the fact that I was a bigger kid and an offensive lineman and I was ok with that. After 4 years of hard work I was named 1st team All Conference on an undefeated football team. I was very proud of this I felt like I had finally been recognized for the effort I put in. But now I’m 5’11” 240 and football is over. That 240 shot to 260 by the time I graduated in May and I was off to college.

I arrived at the University of Iowa in the fall of 2006 at around 265lbs. At that time the dorm cafeteria was basically an all you can eat buffet for every meal. Swipe your card eat as much as you can twice a day and I did (nacho cheese on everything). Oh yeah, and it’s college so lots and lots of beer. By the end of my freshman year I was over 300 pounds. For some sad reason that was always the line in my head where it was time to do something about it. It probably should have been 250 or even 200 but I was young so 300 was the line. I remember when I turned 20 making the comment that I was a quarter of the way dead and my roommate said, “ Dude I’d say you’re more like halfway dead.” He was joking but that got me thinking and I knew I had to lose weight. This is me at 20. 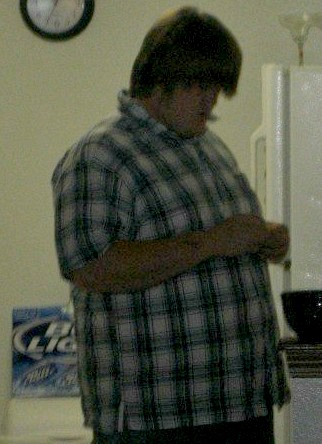 I started walking/ running and trying to eat a little better which at that time I had no idea what that meant. I lost about 30lbs but the running didn’t last long and I got back up to 290 really quick. I spent about a year not really trying to better myself at all and then I decided to go at it again. I began running again and cut my food to 2 cans of soup a day. Soup was cheap, easy, and I thought hey there’s vegetables. This of course, is no way to go, two cans of processed crap every day but I made it work. My last two years of college I lost 110lbs by running a few days a week and eating basically just soup. I masked my hunger with cigarettes and beer and because I was having the time of my life I felt great.

After college I began a very physically demanding job and started eating whatever I wanted again. I thought losing the weight made me healthy so as long as I wasn’t gaining it back I was good. As you can guess the weight slowly started creeping up. I kept working physical jobs because I thought that was the easiest way to stay active. I ate terrible and never exercised outside of work and the weight returned I was back to 230. I was starting to drive a semi-truck and I knew with less physical demand I would have to watch my weight. I decided I would eat healthy so with conventional wisdom I made my own deli sandwiches every day and ate a bunch of granola bars. I gained 30 pounds in a couple of months so I started hitting the gym hard. An hour on the treadmill and a half hour of weights 4 days a week. I felt the worst I had ever felt in my life bloated and tired all the time. I couldn’t lose any weight either. How could this be? I was eating “better” than I ever had, and working out harder than ever before. I was stumped I thought I was meant to be 260lbs and there was nothing I could do about it.

This is when I discovered Mark’s Daily Apple in February of 2016. I read a few articles and success stories and thought this looks like it makes sense. I bought and read The Primal Blueprint and I was hooked. This lifestyle made more sense than anything else I’d ever tried. I decided to go primal, for the first month I ate only meat and vegetables. I drank nothing but water no soda, beer, or coffee. I worked out less because of low energy levels (low carb flu) and I lost 26lbs that first February. I was like, wow this really works my energy was shooting up. I added some beer and coffee back in and continued to lose weight.

By June I had lost another 26 pounds— that’s 52 pounds in 4 months and I felt better than ever. I was down the rabbit hole of the health world podcasts, message boards, YouTube videos whatever I could get my hands on. I wanted to learn everything I could to become the best version of my self. See when I was younger I didn’t really have a concept of of life. I had the mentality you live and you’re going to die someday. I now realize it’s about really being alive and enjoying life by being healthy and active. After 2 years of being low carb I have lost over 80 lbs. I am 30 years old and in the best shape of my life. I enjoy running and cycling in the summer and kettlebell and body weight training in the winter. Last June I pledged to ride my bike 200 miles for childhood cancer. I raised over $1200 and capped it off with a 96 mile ride from Milwaukee to Chicago for a Dead and Company concert at Wrigley Field.

I still enjoy beer just not as many and I can’t give up pizza but I limit it to a few times a month. I also cook for myself most of the time, which I never did before. I find it incredibly easy to eat and live this way and plan to continue for the rest of my life. I owe all of this to Mark, this website, and this community for the plethora of information I have been led to. Thanks for everything you do and allowing me to share my story. Here’s a picture of me now 5’11 180lbs. 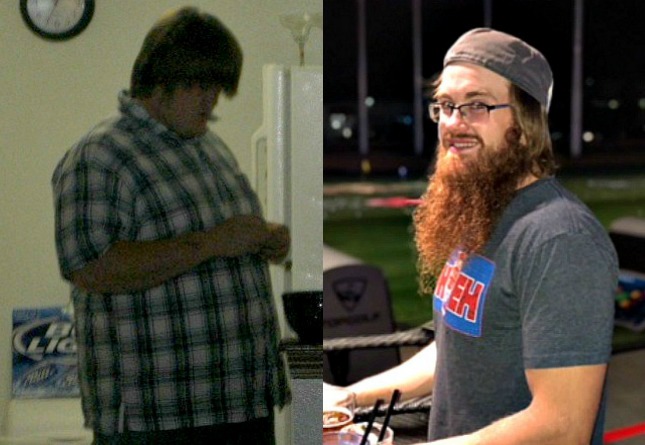