It’s about Being Fit, Happy, and Healthy!

Knowing where to start when telling your story is a difficult point to figure out. After all I don’t want to bore you all with a blow by blow account of my life, but I am going to take it right back to the start, when I was brought kicking and screaming into the world, complete with a dislocated hip. I know what you’re thinking, that’s probably not so much of a big deal, just pop it back in there why don’t you?! Well this wasn’t exactly the plan. Most of my childhood was spent in and out of hospital due to my dodgy hip.

My first major surgery was at 6 months old, then again at 7 years old, when at a routine check-up the doctor realised my hip was hanging on by a thread. A new hip was created from other bits of bone from my leg, but the healing process of this left me in a wheelchair for the best part of a year, having to relearn how to walk and missing out on things like learning to swim and being fully active like my peers. The reason I am telling you this is that it really gave me a perceived limitation, one I have recently realised I was approaching all the wrong way.

Really if I am honest, my dodgy hip was the least of my problems. I could move, walk, run if I wanted and even learned to swim at the tender age of 25. I wore my two large scars (11cm and 13cm) on my hip like a tiger that earned her stripes. They didn’t bother me, the dodgy hip that has never regained its feeling didn’t really bother me, what bothered me was something else altogether. 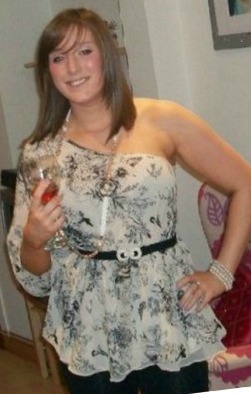 Growing up, I was from a disadvantaged area, and I can’t say that I was educated in the ways of nutrition and exercise…we were raised on potatoes. Through my teenage years and even more so in my early 20’s, I started to really notice that I wasn’t comfortable in my own body. Every time I ate, I got uncomfortable cramps and looked and felt like I was pregnant. I often got bouts of terrible nausea which left me lying in bed wondering should I just make myself sick to feel better. Attractive picture I have painted for you eh? I wonder how I managed to nab myself a boyfriend, never mind getting him to agree to marry this picture of beauty.

So off to the doctor’s surgery I go, hoping for him to give me some answers. Well, guess what….I left more confused than I went in. I explained my symptoms, and with no examination and minimal questions, I left 5 minutes later with a prescription for tablets which decreases the amount of acid produced in the stomach. But hey, I was going to gobble them up, because a doctor knows what he’s talking about, right? Wrong. Back to the doctors I go again. 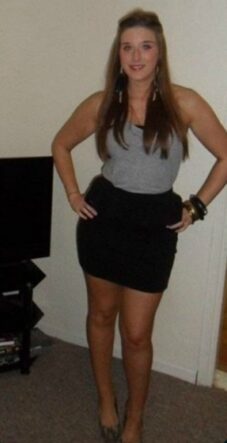 This time, I get a diagnosis of Irritable Bowel Syndrome. Great, right? Now I can actually make a plan of action. Wrong. I’ve left once more confused and with now two sets of tablets for different reasons….one pill to prevent spasms and one for when that failed to work. Fan-tas-tic. The problem is that quite frankly I don’t want to take 6 tablets a day and have to schedule eating times. I want to eat when I am hungry and not take anti-spasmodic pills when I have had a spontaneous meal.

Now, I work 40 hours a week, so another trip to the doctors really grinds my gears, because I just don’t have the time. But third time lucky (I was hoping). The locum doctor indeed confirmed my diagnosis of IBS, and this time offered some extra advice. To be fair, she was a little more informative but I still didn’t really understand what this meant for me. So I just continued on with how I always did and just sucked in my swollen belly in to appear thinner, took painkillers for when the cramps got too much and came home every day to get changed into my husband’s tracksuit bottoms that accommodated my circular disposition.

Fast forward to June 2016 when I attended an awards ceremony and entered a charity raffle, and won, yay go me! What I won was a free session with a Personal Trainer (none other than Fionnbharr Toolan of Virtu Belfast– Irish, European and World Kettlebell Champion – pretty impressive wouldn’t you say). Chatting to my husband, he actively encouraged me to take on the session, knowing how unhappy I was at the time with my physical appearance.

So, off I go, nervous as hell about what this was going to entail. After all I had a limitation of a dodgy hip remember. Well guys, I cannot tell you how much my perception of exercise changed after leaving that first session with Fionn and the sessions since. It wasn’t all cardio, high intensity, sweat inducing workouts….instead it was mobility work, strengthening muscles that I didn’t know I had. I started lifting weights, a thing that I firmly believed was only for men who watched themselves in the mirror grunting and panting. I could see serious progress. I was, and continue to be hooked.

But for me, lifting heavy things and being able to move in ways I thought impossible due to my ‘limitations’ was secondary, compared to the amazing change that the paleo diet has had on my life. When I told Fionn about my IBS, he went off and did a little research and talked to me about why he felt I should turn to a paleo lifestyle, and he was the one that pointed me in the direction of The Primal Blueprint. This was the first time someone actually took the time and effort to explain how my body used food and nutrients, and how it was different for me as a sufferer of IBS.

Fionn made me write a food diary, monitored it weekly (which was daunting but oh so necessary) because let me tell you something, I knew nothing about nutrition. All the stuff I knew – the stuff I believed to be healthy (the brown rice, the boiled potatoes, the low fat yogurts), was the very thing blowing little holes in my gut. I had to basically rewrite all my knowledge and educate myself in the ways of primal living. I cannot express how much it has changed my life, and I genuinely mean it. There is no bloating, no nausea, no cramping and I can spend the whole day in my own clothes (bonus).

My confidence has seriously grown and it’s forced me into discovering new and wonderful ingredients out there in the world. The exercising bit for me is easy (not literally, Fionbharr works me pretty hard), but the psychological change I had to make to my whole entire lifestyle was immense. But do I regret it? Absolutely not. I’ll accept the weird looks when I sit down to steak and nuts for breakfast, I will accept the comments about eating ‘rabbit food’ for lunch instead of the bowl of mashed potato, I will even accept the eye rolls when someone doesn’t understand why I do and advocate for the primal life.

For me, it’s not about a fad diet, or being skinny or thin, it’s about being fit, happy and healthy. For me – I don’t do the ‘Paleo Diet,’ I do the Paleo Life.