Is There Really an Obesity Paradox? 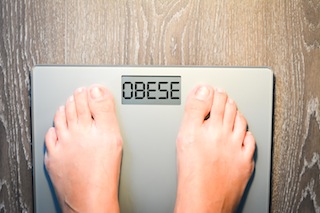 A couple weeks ago, I linked to an article discussing the “obesity paradox”—the idea that across many different studies and populations, people with slightly overweight and even obese BMIs often have the lowest mortality risk. The author is Harriet Brown, a supporter of the “Health At Every Size” movement, comes down hard on the side of overweight/obesity as safe and even beneficial. At first glance, she makes a strong case. She appears to cite compelling research. She talks to obesity researchers who’ve found protective links between higher BMIs and better health and been lambasted by their colleagues. And if the general consensus is right, and carrying extra weight is so unhealthy, why are obesity and overweight consistently associated with a lower risk of death?

Brown claims that no other researchers “have been able to make the paradox go away.” She highlights and dismisses two possible explanations for the paradox. First, that heavier people visit the doctor more often and receive more and better medical treatment than normal weight people. Although Brown calls this “the most popular” of the explanations before proceeding to (rightly) demolish it, I haven’t heard many obesity researchers give it serious thought. The second explanation is the “unhealthy weight loss” one. If people who are normal weight because they lost weight due to cancer, smoking, sarcopenia, or another wasting condition are lumped in with people who are normal weight because they’re lean, fit, and healthy, the correlation between normal BMI and mortality is skewed. After admitting “there’s some evidence to back up this argument,” Brown pivots to the opinion of a single researcher, who says “it certainly does not seem to make the paradox go away.”

Okay. How comprehensive was Brown’s coverage of the explanations for the paradox? Did she leave anything out?

As it turns out, there are several other explanations for the obesity paradox.

Somewhat higher BMIs than normal are associated with improved mortality risk in type 2 diabetics. We often forget that body fat isn’t just there for the hell of it; it acts as a storage facility for excess fat and glucose that cause health problems if allowed to circulate unchecked. Having high levels of sugar circulating throughout your body is dangerous. Unchecked hyperglycemia creates too many reactive oxygen species, depletes glutathione, increases AGE formation, and hyper-activates the enzyme responsible for many diabetes complications; it can increase the risk of complications requiring amputation, cause neurons to shrink, pancreatic beta cells to die, and endothelial function to plummet. When you’re insulin-resistant and your tissues aren’t responsive to insulin-mediated glucose transport, body fat becomes a useful, if unattractive glucose sink. That may be why a recent study found that among type 2 diabetics who’d just had heart attacks, the obese patients had lower rates of kidney disease (which is a byproduct of unchecked hyperglycemia) and lived longer than the normal weight patients. It also explains why increased BMI (at least until you hit extreme obesity) lowers the risk of amputation in diabetics.

Of course, that doesn’t mean everyone worried about diabetes should gain weight. For one, losing weight is a great way to reduce one’s chances of becoming diabetic in the first place. Two, diabetics who attempt to lose weight live longer than those who don’t and those who successfully lose weight enjoy drastic improvements to lifespan. Only unintentional weight loss was linked to increased mortality.

BMI measures weight, nothing else. It doesn’t distinguish between muscle, bone, fat, tendon, or the rolls of quarters in your pockets. If gravity acts on it, it’ll show up in BMI. One study examined BMI, body composition, and mortality risk in men with coronary heart disease. Sure enough, overweight BMIs were the most protective against mortality in this population. But when you looked closer and incorporated body composition in the analysis, it turned out that lean muscle mass was responsible for the high BMI-low mortality link. Another study found that among heart failure patients, BMI was a better predictor of lean mass than body fat.

Low-normal BMI as marker of disease.

When an obese person develops cancer, they’ll often lose enough weight (from the disease itself and the treatments) to reach a normal or even underweight BMI. If they die from the disease, their BMI is noted and that death counts as a “normal BMI death.” But the thing that killed them happened when they were obese. A recent study examined this exact issue, using “maximum BMI” to control for the disease-induced weight loss confounder. They found that “the percentage of mortality attributable to overweight and obesity among never-smoking adults ages 50-84 was 33% when assessed using maximum BMI. The comparable figure obtained using BMI at time of survey was substantially smaller at 5%.” when you include the obese and overweight people who got sick and then lost weight before they died, obesity and overweight is responsible for a third of deaths in non-smoking elderly. When you don’t, obesity and overweight is only responsible for 5% of deaths.

I’m sorry. I’m not buying it. There’s no paradox. The relationship between bodyweight and mortality is complex and complicated, but there’s always an explanation—and it’s not “being obese is healthy!” Higher BMIs might be associated with improved mortality, particularly in certain populations. But what exactly do you mean when you say “BMI”? Body fat? That contributes to BMI. Muscle? That, too. What about the distribution of the body fat? Does that matter?

Yes. “Weight” doesn’t have an effect. What comprises the “weight” determines the effects.

BMI isn’t the best way we have to assess obesity and the associated health and mortality risks. It’s just the easiest and the cheapest.

It comes down to body fat. If you’re of normal weight but obese based on the amount of body fat you carry, you have a much higher cardiometabolic mortality risk.

It comes down to where you carry your body fat. Abdominal obesity is consistently associated with poorer health outcomes, metabolic dysfunction, and mortality.

It comes down to gender. In women compared to men, slightly higher body fat levels in general and lower body fat (within reason) in particular are linked to better health.

It comes down to muscle mass, the single best predictor of longevity in the elderly. If you’re strong, you’ll live longer than if you weren’t.

When you factor in things like disease-induced weight loss, smoking-related low BMI, and loss of lean mass, the ideal BMI for health and longevity is actually around 20-21. That’s exceedingly normal. Overweight is 25-29. Obese is 30 and up. Having a decent amount of lean muscle will increase the “low-mortality” BMI allowance.

If you want a simple measurement that can replace BMI, waist circumference—the distance around your belly—is a better predictor, and it lines up with conventional views on health and obesity. Higher waist circumference, worse health outcome and higher mortality.

And even if you take at face value the author’s claim that being overweight or obese either improves or has no impact on lifespan and only “slightly” increases the risk of heart disease and “other life threatening conditions,” what about the other things that matter, things that might not show up in studies? What about climbing the stairs without huffing and puffing? What about chronic joint pain preventing a heavy person from going on hikes, starting a training program, keeping up with their kids? What about sex drive and frequency, both of which studies show drop in the overweight and obese and increase with weight loss?

I’m not disparaging overweight or obese people. Heck, they’re the people I set out every day to help! I care deeply about them. And I know how hard weight loss can be.

I just don’t think articles like these are helpful. The author ignores a huge body of research showing the damaging health effects of excess body fat and tries to normalize an extremely dangerous mindset: complacency and apathy. After her review of the evidence, Brown even wonders if there’s “any point trying to diet to lose weight.” Yes, for the majority of people, there absolutely is a point. Just ask my readers.

Losing weight isn’t easy, but it’s not impossible. Losing weight may not be a panacea, but it’s certainly not a waste of time and it does provide health benefits across the board. Intentional weight loss—the kind achieved through dieting, rather than wasting away from disease or smoking—is actually linked to a 15% reduction in all-cause mortality.

That’s where I stand. There’s no paradox. There’s just a complicated relationship between bodyweight, muscle, body fat, body fat allocation, and health that shouldn’t be reduced to “gaining weight is healthy.” That’s just dishonest and it does the people who need the most help a major disservice.

What do you think, everyone? Where do you stand on the obesity paradox?