Is There a Problem with Weight Loss Culture? 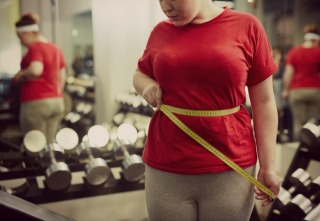 I recently read a piece from the New York Times in which the author, Taffy Brodesser-Akner, recounts her lifelong struggle with dieting and body acceptance and her relationship to food. She tackles the failure of most “diets,” the fat acceptance movement, the Weight Watchers-as-support-group phenomenon, the Oprah Winfrey body weight yo-yoing. What makes it an effective article is that, rather than cast herself as dispassionate journalist reporting the facts, Akner is elbows deep. She herself is the subject as much as anything else. It’s a powerful article. Go read it.

The article doesn’t come to a neat conclusion. There’s no prescription at the end. It meanders. It explores. It’s messy. I think that’s exactly how most people feel when trying to tackle this diet/health/bodyweight/eating thing: confused, lost, conflicted, overwhelmed. Go look at the comment section from the article, and you’ll see that pretty much everyone got something different from it.

Some were outraged that the writer would argue that being fat is perfectly healthy (she wasn’t).

Some chimed in with their preferred diet, the one that worked for them. I saw a few mentions of paleo, even.

Some recounted their weight loss journeys and struggles and failures.

Some admonished her for not mentioning exercise.

Some gave her diet advice.

It ran the gamut. The comment section was all over the place. Everyone had completely different reactions to the same material.

The article wasn’t about what works, what doesn’t. It was about the insanity of living in the diet-mindset, where every bite of food is analyzed, every calorie label scrutinized, as the people around you drink regular soda “as if it were nothing, as if it were just a drink.” It was the author wanting to accept her body but realizing she couldn’t—and the agony and insanity that results.

I get why we have convoluted things like hypnotic lap bands (hypnosis so good it replaces bariatric surgery) and food relationship classes where you learn how to eat and appreciate raisins. Because people are flailing around inside an obesogenic food system trying to find something, anything that works. But since they’re searching within the confines of the modern food environment, nothing works. Nothing sticks.

It’s also why I think finding a baseline is so helpful, a fundamental starting place that transcends the boundaries we’ve erected. Whatever your life story, you’re still a human. Your ancestors were hunter-gatherers at some point, and the modern industrial food system is novel to your physiology. Eliminating the major offenders—excess carbs and sugar, refined vegetable oils and grains—and restoring the attitudes that used to be normal—fat and meat are perfectly healthy—are suitable for everyone. You can tinker with macronutrient ratios, recent ancestry, “to keto or not to keto,” and all the minutiae on your own time. But those basics work as a starting place for everyone I’ve ever encountered.

You just have to step outside the obesogenic food system that’s been constructed for you.

But look at me: I’m just giving diet advice all over again….

I think my takeaway, however, has to be this: You should never accept your mutable limitations. It’s true that some characteristics can’t be changed. You can’t make yourself taller or shorter. You can’t force yourself to be an introvert or extrovert. But a large portion of what we consider to be shortcomings to our health, happiness and well-being can be improved upon. Like the amount of body fat you carry.

And let me be clear. It’s not about sinking into despair because change can’t happen in a day. It’s essential to accept the process and yourself in it. As for body acceptance, a “goal weight” isn’t necessary. In some cases, it’s counterproductive. You don’t need to turn success and failure into binary options. Better is good enough. Movement is enough.

As much as I sympathize with the author of the piece—and it’s a gut-wrenching, powerful piece, hard to read in parts—I can’t budge on even the mere entertaining of the notion that maybe being overweight or obese isn’t so bad for your health. Those are dangerous waters to tread.

The science is settled. Excess body fat is harmful (not to be conflated with “extra” fat in the right places, which—depending on gender and pregnancy status—can actually be healthy). It secretes inflammatory cytokines and directly causes insulin resistance. It weighs you down, increases the stress placed on your joints. It makes free and full movement more difficult. No one should labor up and down stairs or be unable to hang from a bar or grunt with exertion when they get up from the ground if they can avoid it. And most people can avoid it simply by losing excess body fat.

Even if the fat itself is neutral (it’s not) and merely indicates deeper health problems, losing the fat tends to resolve those problems (or go a long way toward it).

What I found most interesting is that I think the author understands this, too. If not explicitly (she discusses the evidence both for and against the idea of fat as intrinsically harmful), certainly implicitly.

Her inability to accept her overweight body despite wanting to and thinking it’s the “right” thing to do maybe suggests a deeper, subconscious acknowledgement that being fat is unhealthy.

But couldn’t it be social pressures at fault? Many of the commenters, and the author herself, default to the idea that acceptance is “good” and imply that “society” is to blame for our inability to accept our overweight bodies. This argument falls flat for me. Society is made of humans, who are biological beings. Society is therefore a product of biology. Society’s norms and mores don’t emerge out of nothingness. They develop for real reasons. They may be bad reasons, or good ones that become corrupted, but they are real things that arise out of human biology. It wasn’t as if a council of elders long ago decreed that being obese is bad because it’s “ugly” or “unseemly,” and it just stuck. Far more likely is that society has (by and large) deemed excess body fat undesirable because, the fact is, it’s a net negative for human health.

Something in me thinks that people who claim to love their body despite being obese are ignoring or drowning out that inner voice spurring them toward change. Loving who they are as people is of course something else. Nor is anyone talking about physical perfection here. But if they truly do love their excess body fat, they do so at the peril of their health. Self-love doesn’t erase the physiological ramifications of being obese. That’s my central concern.

This weight loss business is hard. I’m not suggesting it’s easy. But hard things are often worthwhile things. In fact, difficulty can be an indicator of worthiness. It’s true that our culture and its food system don’t encourage choices that help us build and sustain our best health. Fortunately, however, we get to decide for ourselves.

Thanks for reading today, everybody. I’d love to hear your thoughts on weight loss culture—for all its truth and shortcomings. Take care.