Is the Paleo Diet Supported by Scientific Research? – Part 2 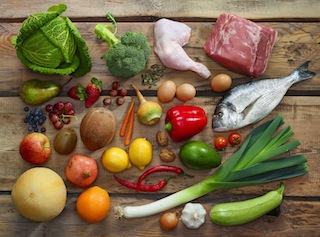 Last week, I countered claims that “paleo gots no science” with summaries of five recent (and not so recent) papers supporting the paleo/Primal approach to diet. The reception to that post was strong enough that I got requests to cover a few more this week. So today, I’m going to explain the findings of five more relevant studies. Not all of these studies come from the original list, but each gives an accurate and important portrayal of the effects of eating in accordance with one’s biology. More importantly, these are all interesting approaches to the diet, with some examining higher-carb paleo, some looking at higher-fat and downright ketogenic paleo diets, and still others trying to disentangle the beneficial effects of the weight loss that normally occurs on paleo diets from the effect of going paleo.

Favourable effects of consuming a Palaeolithic-type diet on characteristics of the metabolic syndrome: a randomized controlled pilot-study.

This was a cool one because researchers were interested in the effect of paleo style eating on the metabolic syndrome absent weight loss. Everyone knows that weight loss on any diet improves symptoms of metabolic syndrome (hypertension, poor lipids, blood sugar disregulation, etc), so this study sought to uncover any effects unique to paleo eating. How’d it go?

First off, it was hard to keep paleo dieters from losing weight. Seven of the 17 subjects in the paleo group lost enough weight that researchers had to provide extra snacks to keep their weight up. Once they got that under control, good things happened:

Takeaway: By all indications, metabolic syndrome patients can benefit from going paleo. If they were allowed to also focus on losing weight, I have no doubt that the numbers would improve even more.

At first glance, the abstract of the study suggests a diet at complete and utter odds with paleo. It’s low in fat (under 10% of calories) and protein, and high in “complex carbohydrates.” Complex carbohydrates, in modern parlance, are hearthealthywholegrains: breads, pastas, porridges. But in this study that attempted to recreate the pre-contact Hawaiian diet, complex carbohydrates meant roots and tubers like sweet potato, yam, breadfruit, and taro. In fact, grains were restricted because those were unavailable in the islands before Europeans arrived. The traditional Hawaiian diet used in the study, called the Wainae Diet, consisted of unlimited amounts of sweet potatoes, yams, breadfruits, taro roots, poi (a mashed and fermented taro), fruit, seaweed, and greens from sweet potato, yam, and taro plants. About 200 grams, or roughly half a pound, of chicken and/or fish were also included each day. All cooked foods were steamed, similar to traditional forms of Hawaiian cooking.

The macros are a bit different from what you’d expect from a paleo diet, but the food quality is in lockstep. No grains, legumes, dairy, seed oils, or processed junk food. No acellular carbohydrates (pulverized grains: bread, pasta, flour, etc). Lots of leafy greens and nothing but whole, unrefined foods.

What happened when a group of obese Hawaiians were placed on such a diet for 21 days?

Takeaway: Paleo diets can be high or low carb. Low carb does have a bit more clinical backing, and in my experience is more effective for the severely obese and easier to adhere to, but the important thing appears to be grain/junk food/seed oil avoidance. They had “sugar,” but it was in the form of fruit. They ate “complex carbs,” but in the form of starchy vegetables. Paleo is a framework and this paper illustrates that.

And last, but not least are three case studies. Because these involve a total of three patients (being case studies), I’ve grouped them together. Alone, a case study does not an argument make. Three separate case studies showing massive benefits for the individuals involved, on the other hand, raise even the most skeptical eyebrow.

In the first, a 19 year old male newly diagnosed with type 1 diabetes (blood glucose levels of 384 mg/dL!) was placed on a ketogenic paleo diet after spending 20 unproductive days on the traditional low-fat, high-carb diabetic diet. This new diet consisted of meat (mostly red and fat-rich meat), eggs, organs, and fat, with insignificant amounts of non starchy vegetables for a fat:protein/carb ratio of 2:1. Plant-based oils and artificial sweeteners were restricted. The only supplement given was 5000 IU of vitamin D3.

After 6.5 months of the diet, he had maintained his progress without side effects. His LDL-C and total cholesterol had gone up, but that’s fairly standard on ketogenic diets.

In the second, a 65 year old obese female with high blood pressure, hyperglycemia, angiopathy (likely diabetic), and a history of gall bladder surgery and colonic polyps was placed on a ketogenic paleo diet. She was taking anti-diabetic and anti-hypertensive meds as well. On her new diet, typical foods included broth, stews, pork bone marrow, bacon, steaks, calf liver, and pork greaves (or cracklins/chicharrones). Vegetables like cabbage, onion, and root vegetables were used as garnish.

Over the course of 22 months, she was able to discontinue eight medicines, her BMI dropped from 37.1 to 31.6 (lost 14 kilos and counting, at the time of the study’s conclusion), and a normalization of both blood pressure (along with no blood pressure spikes in the final six months) and blood sugar. That was purely from diet; no supplementation, no exercise.

In the third, a 7 year old with absence epilepsy was placed on a ketogenic paleo diet. Before the diet, she was socially withdrawn, hadn’t gained weight or height in two years, and wasn’t toilet trained; she was effectively developmentally disabled.

Based on meat, organs, fish, eggs, and animal fat, along with some vitamin D3 and fish oil, the new paleo-keto epilepsy diet had an approximate fat:protein ratio of 4:1, with very little (if any) carbohydrate. And it worked incredibly well. Seizures stopped six weeks in. She grew 3 kilograms and 6 cm in four months. Her mood and social function improved enough for her to attend regular school by study’s end.

Takeaway: A paleo keto diet using whole foods is just as, if not more effective, than a clinical ketogenic diet using refined, processed foods, whether the patient is a youngster with epilepsy, a young man with type 1 diabetes, or a middle-aged woman with metabolic syndrome.

However old (the Hawaiian diet study), limited in scope (the paleo-keto case studies), or small in scale (the metabolic syndrome study) these studies might be, they remain effective ambassadors for the efficacy and diversity of the ancestral approach to diet. So the next time someone says “Yeah, but what about those low-fat native islander groups?” or “But no studies exist showing you can safely eat bone marrow!” or “Ah, it’s just the weight loss helping,” you can direct them kindly to this post.

Again, let’s hear from you down below. What are your thoughts on the studies? Any surprises? Any disagreements?

Thanks for reading, everyone. Take care and good day.