Is the Autoimmune Protocol Right For You? 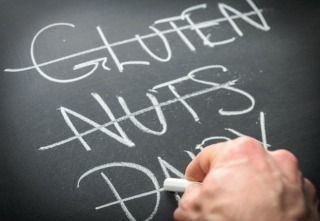 If you think going Primal is restrictive, the autoimmune protocol is downright draconian. But this is by design. The entire point of an autoimmune Primal/paleo protocol is to eliminate all the foods with the potential to trigger any allergenic, autoimmune, or inflammatory responses. That leaves out a lot of delicious foods, many of your favorites—but it can be a powerful way to assess your sensitivities, target the root causes of mysterious health problems, and illuminate a path forward. It gets you back to square one. A fresh start, a wiped slate.

Okay, maybe not totally clean. This is biology we’re talking about. There are no clean slates. Vestiges of past consumption, behaviors, and decisions always remain and affect us into the future. Unless you clone yourself and rear the baby, you’ll always be left wondering “what might have been had I stayed pure…” But this protocol is about the cleanest you’re going to get.

After the elimination phase, after symptoms have improved, you enter the maintenance phase. You marinate in the diet. Allow it to seep into your pores, do its magic.

When everything has stabilized, you can try reintroducing foods. Go slowly. Do one at a time. A little nibble here, a teaspoon there. Allow two or three days before trying the next food. Note any symptoms.

What Do You Eliminate?

Much of the autoimmune protocol will sound familiar to you. Avoiding grains, legumes, seed oils, sugar, and processed stuff in general is easy. You already do that.

But then you start eliminating some other foods you assumed were innocuous, like, for example, dried fruits.

Dried fruits seems extreme—they’re fruits, after all—but who really needs to eat a bunch of apricots, prunes, and dates? They’re so high in sugar and add up real quick. No problem there.

Emulsifiers and gums? Sure, who needs ‘em. I can emulsify and thicken just fine with a trusty egg yolk.

Wait, what? No eggs? How am I going to do breakfast? I guess I’ll have to eat some paleo granola…

Oh, nuts and seeds are out too. Never mind.

Shoot. Dairy’s out, too. Black coffee it is!

Why are you making that face? Don’t even—I can’t have coffee, can I?

Hey, that’s fine. I’ve been meaning to get into tea. A big steaming mug of jasmine green tea will be just fine. I might even nibble on a square of dark chocolate while I’m at it. Antioxidant explosion, here I come!

Wait. Damnit. Chocolate is a legume, and legumes are out. No chocolate either.

Like I said, this isn’t easy. After eliminating all the potentially allergenic foods, you’re left with the basics:

You’re removing foods with the potential to irritate the gut and increase inflammation. You’re focusing on “safe” foods that allow the gut to heal (and foods that actively increase gut health).

Why Is This Important?

Some leading autoimmune researchers have proposed that the primary cause of autoimmune pathogenesis is impaired intestinal permeability—or leaky gut. A leaky gut allows proteins, toxins, and other compounds into circulation that aren’t supposed to be there. The body mounts an immune response to the invaders. If the gut stays open, the inflammatory response stays elevated. And if the immune system gets its signals crossed and starts targeting your own tissues that resemble the invading particles, you have the beginnings of an autoimmune disease.

Until recently, the autoimmune protocol was based on biological plausibility, educated conjecture, and a convincing stream of anecdata. It hadn’t been demonstrated in a legitimate study. It did seem to work for many of the people trying it, but it hadn’t been demonstrated in a legitimate study. That changed in 2017 when a study found the autoimmune protocol to be effective against inflammatory bowel disease. 15 patients with either Crohn’s disease or ulcerative colitis were enrolled in the study. On average, the subjects had been ealing with their disease for 19 years. These were IBD lifers.

They spent 6 weeks phasing out all the foods, using Sarah Ballantyne’s great book on the autoimmune protocol as a guide. Experienced Primal eaters could probably phase out the foods more quickly, though the 6 week phase out might be an important part of the total effect.

They spent 5 weeks maintaining the protocol once everything was eliminated and symptoms had stabilized.

11 of 15 patients had total remission. They’d spent an average of 19 years having to map out the nearest toilets whenever they left the house, and all of a sudden they were basically normal. That’s huge. That’s better than any IBD drug.

There are limitations here. 15 subjects is quite low; I’d like to see ten times that many. There was no control group; this wasn’t a randomized trial (which the authors acknowledge). But it’s quite impressive and bodes well for other autoimmune conditions.

Although this was the only study to examine the entire autoimmune protocol, we know that specific foods play roles in certain autoimmune conditions. Gluten-containing grains are a major, perhaps the major offender, since gluten has the tendency to wrench open the tight junctions in our guts (leaky gut) and allow passage of food particles and endotoxins into our bodies where they can trigger inflammatory and autoimmune processes. Gluten-free diets have been shown to help with:

Coffee has a perplexing relationship to autoimmune disease. For instance, it’s well-known to be protective against type 2 diabetes, but appears to increase the risk of autoimmune type 1 diabetes.

Legumes, other grains, seeds, and nuts are all potential triggers of further gut irritation. While I’ve softened my general stance on some of these foods in recent years, they remain problematic for people with avowed food sensitivities or autoimmune conditions.

2. Folks who suspect they have sensitivities to foods.

We eat a lot of food throughout the course of a given day or week. It’s hard to keep track. It’s impossible to keep track, unless you, well, keep track in an explicit manner. And many of us experience odd symptoms we suspect are linked to food—rashes, stuffy noses, itchiness, grogginess—but without the written logs we flail around in the dark. Maybe we’re lucky for awhile. Maybe we nix the right food. But if we don’t know what we’re doing, we’re just as likely to eat the wrong thing, or eliminate too many things.

The AIP lights our way. It provides a baseline. Eat the foods you know are non-reactive and avoid all the foods that have the potential to cause problems. Once the symptoms improve or go away, maintain the protocol for several weeks, then begin adding foods back in one at a time. When the symptoms return, match it with the food you’ve just reintroduced.

As a reader of MDA, you are probably a nutrition geek. You enjoy needing out on dietary minutiae. You like experimenting on yourself. You’re curious about how certain foods interact with your health, and an autoimmune protocol can reveal that. It’s just good information to have, mostly.

Who Isn’t It For?

If you’re happy with your diet and how you respond to foods, don’t bother. It will only create unnecessary headaches. Recall that extended dairy restriction may even induce lactose intolerance. Some claim that you were always sensitive to dairy, that your body had learned to deaden you to the subjective experience of the damage being done. I say dairy is a healthy food if you can tolerate it. Inducing lactose intolerance isn’t in anyone’s best interest, if they can avoid it.

If you’re the type to obsess over food, and you know your sensitivity is a psychological hang-up rather than a true autoimmune response, skip the protocol. It will only feed your obsession and leave you unable to think about anything else but your diet for the duration.

This isn’t for life (probably).

You can certainly eat well and enjoy what you eat on an autoimmune protocol. But the point is not to stay on the diet indefinitely. It’s to wield it as an effective tool, a broad brush that isolates all the likely suspects for questioning. Then you use the scalpel of inquiry to determine which foods—if any—are truly problematic. If you have to keep milk or peanuts or chocolate out forever, so be it. But make sure that’s what your n=1 data is actually saying.

The protocol isn’t a magic bullet. It isn’t a cure. Many other factors contribute to impaired gut health, chronic inflammation, and likely therefore autoimmunity, like poor sleep, stress, lack of exercise, poor relationships, nature deprivation, sun deprivation, and circadian dysregulation. You need to address those too. But diet is a big one, and it’s an obvious target with an established protocol.

Have you ever tried an autoimmune protocol? Are you going to try it after reading today’s post? I’d love to hear your experiences.