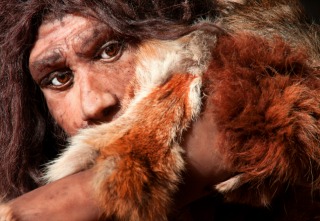 For today’s edition of Dear Mark, I’m answering some questions about keto (hey, you folks keep asking!). First, is being on a ketogenic diet actually congruent with our ancestry? Is there historical precedent? Next, is bad breath really a reliable indication of being in ketosis? And finally, could going keto help treat the autoimmune disease lupus?

My understanding and experience with Ketosis as a state, is that it is not necessarily hard to get into, but is difficult to maintain for any period of time. By “difficult” I mean you have pay very close attention to everything you are eating, or you will easily slip out of Ketosis…

So, my question is this. From an evolutionary perspective, is long term Ketosis something we “should” be aiming for? Assuming long term ketosis was optimal, it seems that we would have evolved to easily maintain it under a number of circumstances, and not easily slip out of it, instead of the opposite.

Thanks for all you do!

Interesting question, Ryan. I dig it.

I’ve written about whether or not we need to be in long-term ketosis, coming to a similar conclusion. It isn’t necessary for most people, and it’s probably not optimal, either.

Why ask folks to go keto for 4-6 weeks then? That’s not “long term,” but it’s longer than “transient.” Paleolithic hunter-gatherers wouldn’t have gone that long without food, nor would they have consciously avoided carbohydrates if they were available. There’s no evidence of long-term wholly ketogenic populations.

But that doesn’t mean they weren’t producing ketones on a regular basis. Before everyone had constant access to cheap food without having to work for it, ketosis was more common. It wasn’t a constant state of being, but it was always in the vicinity. The food situation was ketotic in three main ways:

You’re correct that extended, protracted ketosis probably wasn’t the norm for our hunter-gatherer ancestors. Rather, they spent most of their time in what I call the keto zone, where one slips easily into and out of ketosis. The Keto Reset offers a way to emulate that ancestral metabolic environment by condensing it into a shorter time frame, to make up for the lack of lifelong dalliance with transient ketosis and the enhanced fat metabolism it creates.

Just a quick question, Mark. Does being in ketosis cause bad breath? My daughter has an unusually acute olfactory sense and swears I have keto breath. Am old, sedentary, 25 lbs overweight (belly) and trying to slim down via intermittent fasting and carb restriction.

Yes, ketone breath is a common indicator of ketosis.

All signs point to “yes.”

Just wondering about something. Has anyone suggested anything about Lupus, an autoimmune disease. I’ve had Lupus for 27 years. After going on low carb I am in remission. Not sure, but it has to have something relevant. No longer on any of the medications. Thankful!

There’s reason to believe going low-carb or ketogenic can help lupus and other autoimmune diseases.

For one, many of the foods known to trigger or exacerbate autoimmune diseases are higher in carbs, like grains. Going low-carb necessitates their elimination. The Primal eating plan, whether ketogenic or not, also eliminates refined foods in general and industrial seed oils in particular, both of which are inflammatory and can contribute to autoimmune flareups.

Two, ketogenic diets may directly affect the inflammasome involved in lupus. Inflammasomes are the mediators of inflammatory pathways in the body, and their activation is linked to many different diseases. Activation of the NLRP3 inflammasome in particular is a critical mechanism in the progression of lupus—and ketogenic diets are known to inhibit it.

Three, “fasting-mimicking diets,” or ketogenic diets, have been shown to improve outcomes in rodents with autoimmune encephalomyelitis, a type of brain and spine inflammation. They do this by actually regenerating immune cells damaged by the progression of the autoimmune disease. All the rodents improved their symptoms and 20% entirely reversed them.

Four, it’s working for you! This is the most convincing piece of evidence that it helps, at least for you.

That’s it for today, folks. Thanks for reading. Be sure to chime in down below with your own input.