Dear Mark: Is a High-Carb, Low-Protein Diet Best for Longevity? 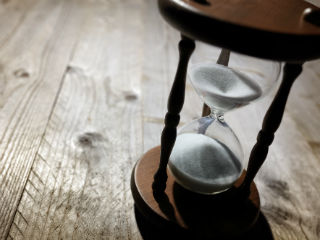 What’s your take on this new study claiming that the best diet for longevity is a high-carb, low-protein one?

Interesting paper. Here’s how it went:

Researchers placed mice on a bunch of different diets to see how they’d affect levels of fibroblast growth factor 21, or FGF21. The 25 diets ranged from 5-60% protein and 5-75% fat or carbohydrate. They tried pretty much every permutation and found that the low-protein, high-carb combo produced the greatest increase in FGF21.

FGF21 “plays a role” in longevity, immune and metabolic health, energy metabolism, and appetite. Implicit in the study’s aims is that higher FGF21 is a good thing. It helps us live longer and healthier. If all that’s true, of course we’d want to find the macronutrient ratio that increases FGF21 most.

FGF21 is ultimately a marker of mitochondrial stress (PDF). By doing things that boost FGF21—which include fasting, low-calorie diets, low-carb/high-fat diets, and even acute exercise—we are applying a moderate amount of stress to our mitochondria. This is a good thing, provided the fasting doesn’t lapse into starvation, the diets don’t become chronic deprivation diets, and you allow sufficient recovery from the exercise. It’s hormesis: apply a stressor and bounce back stronger than before.

And sure enough, FGF21 does some good things, like helping us transition into ketosis and improves glucose control. Researchers are even exploring it as treatment for various metabolic disorders, obesity, and diabetes.

With most hormetic stressors, the benefits turn into negatives if the exposure persists or accumulates. There’s the chance of getting too much of a bad thing.

Is there any evidence of too much FGF21 being bad for us?

FGF21 may not be causing these things, but its elevated presence is at least a marker of something bad going on.

What does this all mean?

We have human evidence that various FGF21 genetic variants can help determine how well a person does on high-carb diets and low-carb diets. Those with the C variant lost more weight, waist circumference, and body fat on a high carb diet and less on the low-carb diet. Meanwhile—and this wasn’t reported in the study abstract—those with the T variant lost more weight, body fat, and waist circumference on the low-carb diet and were still losing body fat after two years.

I guess what I’m saying is this: Go with the diet that works for you.

Losing body fat on a diet? Keep it up.

Fast if you can handle it. Men may be better at it than women.

Exercise on a regular basis.

All these things will increase FGF21 in the manner that’s likely to be healthiest without getting into excessive, chronic elevation.

What about the original article’s contention that older people should eat high-carb, low-protein diets to stave off death?

We know that in older individuals, a higher protein intake is healthiest because as we age, we get less efficient at processing protein. We need more protein. Research shows that more protein promotes all the things we need to remain healthy and functional as the years accumulate.

Seniors who eat a half pound of red meat each day enjoy better physical function, get stronger, and build more lean muscle mass. That lean mass becomes ever more important the older we get. It’s a reserve for illness, injury, and bedrest. It keeps us spry and vibrant. It makes us strong; strong enough to take care of ourselves and actually engage with the outside world.

More protein (via red meat) also improves cognitive function in older adults. If you can’t use your brain, a long life gets a whole less enjoyable.

I’ll have more to say about diet and longevity later. Bur for now, don’t tell Grandpa to ditch the protein and start slamming carbs.

That’s it for this week, folks. Take care and be sure to leave a comment down below!