I Now Have Plans All the Way to Ninety

I’ve been intending to write this for some time but was waiting for some milestone. I guess that 75 years is a good one. My birthday was last Saturday.

Basic statistics. At present I am 5’8″ tall, weigh between 176 and 180 lbs. with a 32″waist. Before I discovered the paleo lifestyle I was 205 lb with a 39″ waist. I was also asthmatic, arthritic, grumpy, and on the verge of diabetes.

My doctor told me straight: lose weight or go onto medication. Great. I had been struggling with weight gain for forty years. In my twenties I had given up smoking, in my thirties I was gaining weight steadily, so I took up jogging seriously. It worked for a while, but inevitably injuries accumulate. At forty I looked scrawny, but with a bit of a tummy. I gave up jogging and became a gym rat. I enjoyed lifting. I never liked aerobic classes, but did a lot of walking, skiing, scuba diving and tramping apart from the gym, and that seemed to work. I realise now that I had become what they call muscular fat.

The problem of course was that I was trapped in the calorie restriction/exercise paradigm. This does work of course, but there remains the “law of diminishing returns.” You have to work harder just to stay as you are, and as you get older, you simply can’t.

I retired ten years ago from a lifetime as an art teacher and expected to spend the golden years painting it out. Generally I have done this but was finding it increasingly difficult to juggle exercise, recovery, and general living. 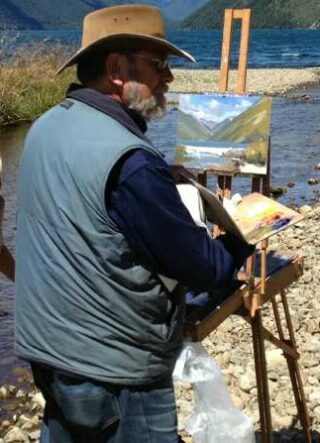 Then came my doctor’s ultimatum. I was in despair. I had followed the guidelines. I ate according to the pyramid. I chowed down the grains, and avoided all fats. I felt doomed.

The moment of revelation came when I saw a book on Amazon by Gary Taubes: Why We Get Fat, and What We Can Do about It. It was the first time that I had read a clear exposition of the insulin cycle. Two things followed: I crossed my fingers, took a deep breath, chucked out the “healthy living pyramid,” and read wildly and widely.

Overnight I became an Atkins fan. I went keto. I did the Whole30. And I discovered that ultimately all paths lead to Mark’s Daily Apple. Paleo makes sense. We should be able to achieve a healthy balanced life without fanaticism. I believe that over time I have.

The remarkable thing is how effortless it has all been. I expected to struggle. But there has been no struggle. I had some sort of existential angst at the beginning. Surely it must be harder that this? The weight just melted off. My natural weight for my height and body type is 180 lbs. If I wanted to I could work harder and get shredded. Why? I’m not in any competition.

Good things. My arthritis has largely gone. Five years ago I dreaded meeting people for the first time and having to shake hands. The pain was excruciating. Now I don’t think twice about it. I used to have dizzy spells. They have gone. My doctor is impressed with my blood tests. He keeps expecting me to revert, but I keep surprising him. I have one of the best cholesterol readings in his practise, and the threat of diabetes is a distant memory. Heh.

The most amazing result however is my mental focus. I was getting more grumpy and tired. Now I have plans right out to ninety. It doesn’t matter if I never get there because the journey is the thing. I am a plein air painter, and my work is getting better. There are not a lot of things that a man in his seventies can honestly say are improving year by year.

As the great landscape painter John F. Carlson wrote,…”A picture is a work of Art because it is a Sincere Expression of human feeling.”

The reason my work is improving is because I have come back to loving what I do. Grumpy has gone. Once again I experience such joy in the simple things around me. The swallows swooping around my studio. My dog and his delight in sniffing out new things. Light flickering across water, and clouds modelling the distant hills. I sleep well. I wake up ready for another day. Busy busy, but all good.

So, what is paleo living in my seventies? I wake up to a cup of green tea. An hour later I have a cup of black coffee with cream. My version of bulletproof coffee. I also have a small piece of my “breakfast chocolate.” I make it myself. 400 grams each of coconut oil, desiccated coconut, cocoa powder, and nuts. A batch usually lasts about six weeks. After eating this I simply don’t feel hungry for hours.

Essentially every day I’m on a 16-hour fast. My breakfast is usually an omelet with salad about midday. Dinner is whatever my wife and I decide. Fish. Roast. Casserole. Barbecue. Either with cooked vegetable of the day or a salad. Sometimes we eat Thai, Turkish or Chinese. When I’m travelling I will have a burger, but not the bun, fries, or soft drink. 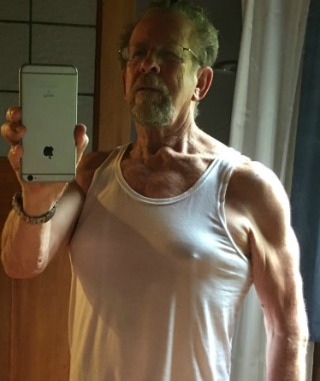 Exercise. I have an active life. We have a ten acre block in the country. That keeps us busy. Apart from this, I walk my dog every day. I also take him for bike rides. He runs. I bike. Every now and then we have a sprint. That is the high intensity bit. I don’t trust myself to run with dodgy ankles.

Two other things. I have recently taken up Tai Chi. I wish I had discovered it years ago. Gentle continuous movement. I have found it great for balance and stretching. Apart from that I have my own gym with weights set up for bench press, squats, dead lifts, and chins. I warm up with up to twenty reps with an empty bar, then do one single very heavy partial rep. Usually I just load the bar and lift it off the rack and hold it for up to ten seconds.

Mark, forgive me for going on a bit. I don’t know how much if any of this is worth publishing. I have written at length for your sake, as a way of thanking you for what you have done for me, and for so many others. I know that you are getting older as are we all. Be assured, from my own experience I have found that the paleo lifestyle is a very gentle way of approaching the twilight years.

It is not a denial of aging. Rather, it is the right way of entering and accepting it.

I see my contemporaries around me, and I feel sad for too many of them. Most of them don’t smoke. Mainly because those who did are now dead. Some of them still drink too much alcohol. More than a standard drink a day is problematic.

The main problems I see are way too much weight and passively watching either TV or surfing the internet. When I see what they eat, I shudder. Far too many carbs. Far too much grain. As for passive watching. This closes down the brain. Vicarious living is not living at all. Watching reality TV is not reality. Walking the dog is.

Thank you for giving me my life back. 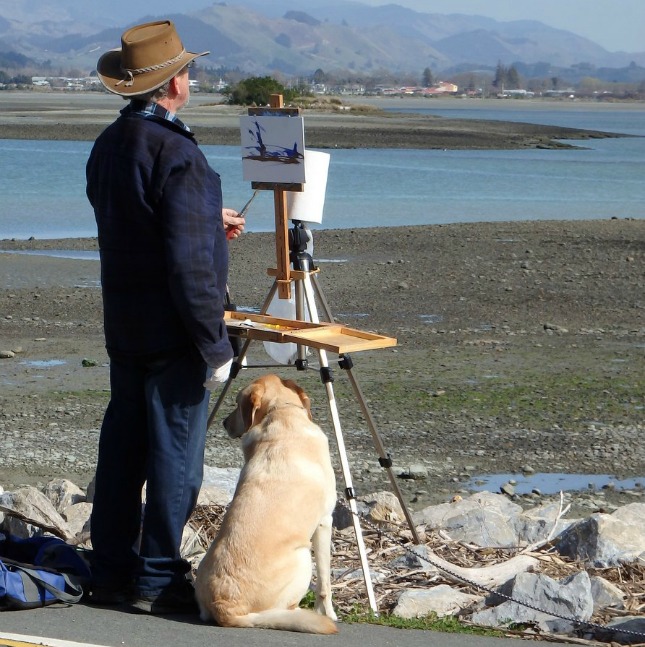