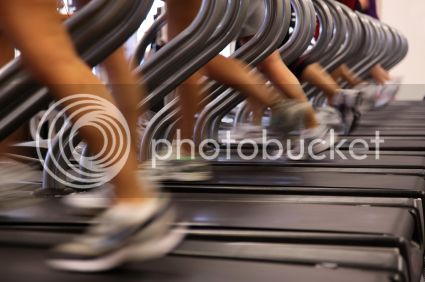 I’m in the Army National Guard. I would really like to follow your workout guidelines, especially with regard to cardio (I actually hate running and I’m not very good at long distance), but with regard to the Army Physical Fitness test, which I have to pass, I have to run 2 miles in a set amount of time, less than 16 minutes essentially. I feel like the only way I can maintain this is to do sustained running sessions about 3 times a week for about 20 minutes a shot (Again, I hate running, haha). Do you think if I follow all of the workout advice in the Primal Blueprint, I can still pass this test?

Great question, and I’m glad you asked. The endurance training question presents a conundrum that plagues many of my readers, I’m sure, no matter how often I sound the drum against Chronic Cardio. Conventional Wisdom can be a nagging, persistent shrew, after all. So, how can avoiding long distance moderate-high intensity cardio in favor of slow moving (walking, hiking, etc) and sprinting possibly increase one’s aerobic capacity? On the surface, it defies logic. Train long to race long; train short to race short and fast, just like you lift heavy things if you want to move heavy things and get strong… right? Not quite. Or, rather, not necessarily. Read on.

I recall a little over a year ago, a somewhat similar question from a reader popped up. She wanted advice on training for a cross-country run (literally – she wanted to run across the entire United States) while sticking to the Primal laws. I had to be frank with her and withhold my blessing. Running a few thousand miles simply isn’t something we’re meant to do. Walking? Trekking? Hiking a thousand miles? Sure, Grok ranged far and wide. How else did human populations span the globe? But our ancestors did not make like Forrest Gump and run simply for the sake of running. It may have been bad news to her, but it was the right advice.

I’ve got some good news for you, though: the Primal Blueprint Fitness program is tailor-made for situations like yours. See, I was in a similar boat when I embarked on my initial Primal journey (You think running for 20 minutes is bad? Try running 1-3 hours straight, day after day for a decade!). Like you, I eventually decided I wanted to maintain a basic level of overall fitness, one that’d allow me to run a 10k (in the rare case that I actually felt like running one) without much trouble. I wanted to have a good strength-to-body weight ratio, and I was insistent on sparing my joints from overuse injuries and basic wear-and-tear (which should be anything but “basic”!). I wanted to be able to play fast, fun sports or to snowboard all weekend and be able to bounce out of bed on Monday without debilitating soreness. I did not, however, want to devote fifteen hours a week to the gym or the track. I was interested in shortcuts, in research-based fitness hacks that would keep me strong, fast, and fit without massive time commitments. I suppose I wanted it all, physically – who doesn’t, though? It’s completely natural, totally healthy, and – in my opinion – absolutely required for optimum health and happiness. The physical side of life needn’t be fraught with hesitance and plodding progress. You want to bound up the stairs, not hold on to the guardrails for dear life (or take the escalator).

You, reader, want to have the ability to run for moderately long distances without actually having to run moderately long distances. In short, you want to have your cake and eat it, too. This is entirely possible (ironically, you’ll probably have to give up sweetened, cereal grain-based baked goods for best results), even (or especially) within the confines of the relatively minimalist Primal Fitness regimen. You don’t actually have to engage in a hated activity to get better at performing said activity. You hate running, so don’t run much. It’s a pretty simple concept, but it’s one that too many fitness gurus ignore in favor of mantras like “No pain, no gain.” There’s some validity to that line of thinking – you do have to push yourself and keep up the intensity to get the most benefits from certain kinds of training, namely strength and sprinting – but to apply it blindly to all aspects of fitness is folly. For one, not everything (like sustained, low-level walking or hiking) should be performed at maximum intensity, and secondly, a fitness program has to be sustainable for it to be successful. If you make a trainee hate his or her life every workout session, chances are high that he or she will eventually stop coming.

But enough pontificating. Exactly how do Lifting Heavy Things, Moving Frequently at a Slow Pace, and Running Really Fast Once in Awhile positively impact your “long distance” endurance capacity? How do you get better at something without actually doing it often?

You’re probably familiar with Dr. Tabata’s famous experiment; I’ve mentioned it before. Tabata had subjects cycle in what has become known as Tabata intervals – eight sets of 20-second intervals of maximum intensity followed by 10 seconds of rest – every weekday for six weeks (abstract). Compared to the subjects’ modest aerobic gains on a traditional 6-week moderate intensity endurance program, the Tabata subjects saw gains in both anaerobic and aerobic capacity. They got better at endurance training without performing classical endurance training, whereas the guys doing moderate intensity endurance training only improved their aerobic capacities.

In a more recent study by Kirsten Burgomaster, two weeks of sprint interval training, for a total of six sessions, were enough to increase muscle oxidative potential (resting muscle glycogen content) and aerobic endurance capacity in trainees. Subjects performed four to seven 30 second “all out” cycling reps, each separated by four minutes of recovery time. VO2 max was not increased, but this strangely didn’t impact or impair their aerobic capacity, which “increased by 100%.” That’s right – just fifteen minutes of actual sprint training was enough to double endurance capacity within two weeks’ time.

How about arterial stiffness? Long distance Chronic Cardio has always been touted as the most “heart healthy” exercise regimen, but another study showed that sprint interval training is just as effective at improving arterial stiffness and flow-mediated dilation (FMD analysis is useful for early detection of atherosclerosis).

And how about actual performance outcomes? Another study found that low volume sprint interval training conferred rapid adaptations in skeletal muscle and exercise capacity – similar to those obtained via high volume endurance training.

Plus, there are other benefits entirely unrelated to increased endurance capacity that accompany sprint training. Sprinting increases anabolic hormones, including GH and testosterone (while keeping cortisol constant). It also improves insulin sensitivity quickly and efficiently, an especially relevant benefit for an otherwise sedentary or time-strapped populace. Simply put, it’s a quick way to get a fantastic workout without disrupting your strength training progress or your endurance training. In fact, weekly sprints are the perfect accompaniment to any regimen, which is why I include them in my Primal Blueprint Fitness program. It’s most likely the reason Grok was always fit enough to run long distances when he had to – without ever training specifically (i.e. Chronic Cardio) for that ability.

Bottom line: You don’t have to jog for half an hour every day to improve your aerobic endurance. You don’t have to waste your time doing something you hate. You can – and should – seek out fitness shortcuts whenever possible. They make staying fit more manageable and more sustainable, and they free up time for more leisurely, pleasurable pursuits. In the end, physical fitness is a tool; it serves us. We should never become slaves to the iron, to the track, or to the stopwatch. Work hard, yeah, but work fast and make it as short and as sweet as possible.

You’ll definitely pass the test. Increase the sprints to twice or thrice weekly, just to be safe (if you’re really worried). Then, maybe once every few weeks, test yourself in that two-mile to measure your progress. Let us know how it goes!