I Feel Better, Look Better and My Whole Family Is Healthier!

First off, I want to say thanks so much for all you do! The information you provide has been invaluable to my family’s journey into the Primal lifestyle! To start from the beginning:

My wife and I met in high school and began dating our senior year. I was a runt at 5’7″ and a whopping 135 lbs. I am not sure of my wife’s weight at the time but she was probably close to 125 lbs. I’ve always been the type to eat whatever I wanted, and as a teenager that was usually McDonalds a couple times a day, maybe a pizza for a snack or whatever other types of quick easy garbage I could afford as a teenager. All through high school I dealt with a little bit of depression that progressed into anxiety after graduation. I began to have panic attacks and was placed on a Paxil for both the depression and anxiety. Ultimately I gained about 55 pounds and ballooned up to 192 pounds in about a year, as weight gain is a side effect of the medication. Although my wife did not gain as much as I did, she also had weight that continued to climb (I won’t reveal her highest weight as I enjoying being alive).

In 2009/2010-ish, I heard about your website but thought the usual “that’s crazy” or “whoever would do that is an idiot!” My boss was on The Primal Blueprint diet for health reasons, not to lose weight, and he would try to explain it but I was too stubborn to listen. He finally showed me his blood work numbers and it made sense. But of course, being in my mid-twenties I said “but I’m young, I don’t have to worry about that stuff.” 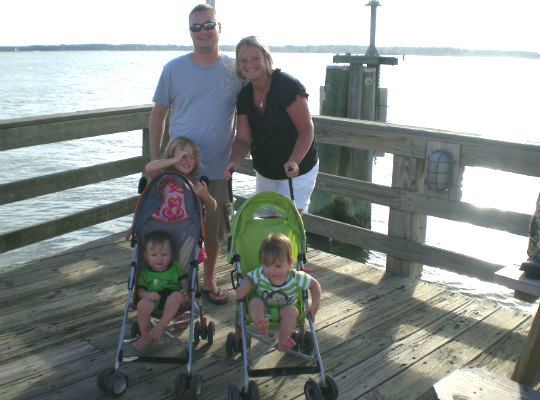 In early 2010, I met a doctor who pushes the Primal/paleo diet very heavily, prior to medications, as a basis for health. I started to dig a little more and realized there might be something to it. Of course I ignored this and tried a SAD diet, resulting in about 10 pounds of fat loss to a weight of 182 pounds. I was doing chronic cardio and my knees were killing me everyday. I certainly became a runner but hated doing it, hated what I was eating…using a weight watchers app to reward myself for running for an hour a day. I did very little strength training and still drank too much alcohol on top of it.

During a 2009 pregnancy, my wife developed hypothyroidism and gestational diabetes that carried over into non-pregnant life. She attempted managing it on her own for about a year but it was too much. In early 2013, her doctor told her she had a couple of months to get her A1C and fasting glucose under control or she was going to be put on insulin shots. Now, we had to do this during the pregnancy so we knew the drill, but who the hell wants to take a shot three times a day! Enter Mark’s Daily Apple. We went on a pretty solid (75 %-ish) Primal Blueprint diet and both had about 20 pounds of fat loss without really doing anything. By her next appointment the doctor not only took insulin off the table, but took her off her two oral diabetes medications as well! She cured her diabetes by eating a paleo diet and small amounts of exercise. I am so proud of her!!! 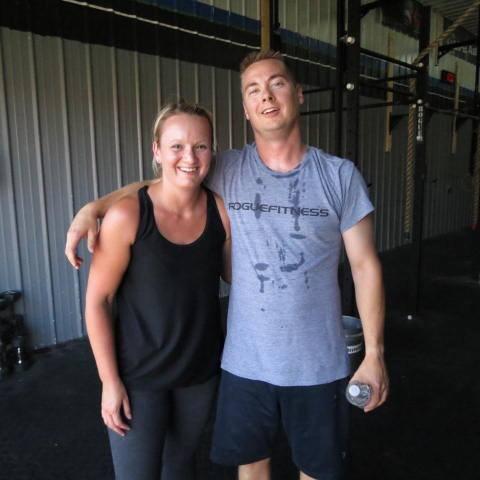 I’ve found that 160 pounds or so is my 80/20 weight. I can maintain that without really trying as can my wife can do the same with her weight. In 2014 we started to add in HIIT training and CrossFit with even more weight loss. My lowest was about 153 pounds and about 14% body fat. I feel better, look better and (most importantly) my whole family is healthier! We don’t have to worry about diabetes anymore, we have started enjoying a slower lifestyle, we only have one TV in our house, we have no tablets like an iPad or anything like that, cable TV is gone and has been replaced with bike rides, hiking trails, and drinking wine after a long day of being Primal!

I’ve since changed my workout routine to more of an endurance type of training. Mainly doing bodyweight CrossFit style workouts with lots of running and usually a 20 pound weighted vest (I.E.: Running Angie w/vest: 100 pull ups, run 1 mile, 100 push ups, run 1 mile, 100 sit ups, run 1 mile, 100 squats, run 1 mile). It takes much longer and burns lots of glycogen but it has allowed me to take my training to the next level. I still enjoy the non-Primal things from time to time. I like fresh sourdough bread on occasion; I eat gluten-free oats a couple of times a week after an intense workout, and even the occasional beer or two (or three). But that’s what 80/20 is for, to maintain social situations without feeling guilty and to change things up as needed. 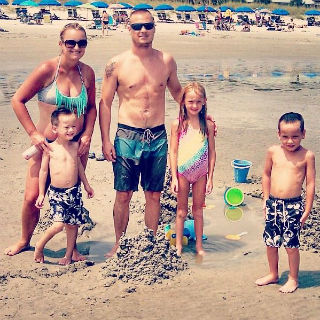 My whole family has benefited from the Primal lifestyle. Last year on vacation was the first time I wasn’t embarrassed to take off my shirt and the first time my wife has worn a bikini since right after high school! We are outside from April through November (I hate the cold!), we play and wrestle with our kids, and we aren’t staring at computer screens 24/7. It has been a great experience and I will never go back to the way we were. Thanks again for everything!