At age 52, I went to my doctor because I was having some pain in my back. When the nurse weighed me all she wrote was “400+.”  Even the doctor’s scale couldn’t handle my ever-growing bulk. A local feed store put me at 415 pounds.

Even at six foot six inches that was a scary number to accept. I decided to make changes in my life. First I had to deal with the pain I was experiencing. Turns out it was not my back at all but rather both hips were bone on bone and had been for years. I had trouble walking 10 steps before I had to stop.

They say that in life the master will appear when the student is ready. And that’s exactly what happened to me with Mark Sisson. While trying to figure out how to turn my girth around, I stumbled across Mark and the Primal community.

I embraced the ideas and began to modify my eating. I wish I could tell you I did the sprinting or even the walking around but I was virtually chair bound when I began my journey.  Almost immediately I saw and felt results. After a brief bout of carb withdrawal, I noticed my energy was improving. 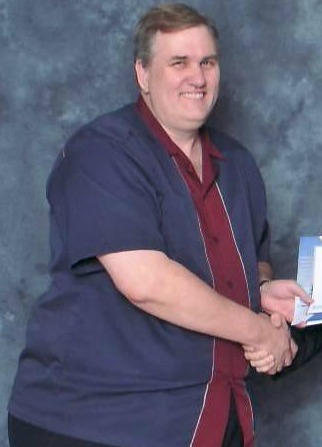 In the first month my weight was down, but I didn’t know how much because my home scale still couldn’t handle me. I also noticed my energy was up and my pain had decreased. For years, I had taken what seemed like a handfuls of pain meds just to make it through the day, and I took sleep medicine at night because my hip pain kept me awake. However, as I cleaned up my diet I began to take fewer and fewer drugs.

After 16 months, I had lost 125 pounds and felt years younger. I still needed to replace both hips, but I had managed to build a deck in my back yard. I also hauled in 25 yards of dirt to complete a patio. I mixed all the cement myself by hand; my energy was insanely high.

Eventually, I began to exercise at the gym. I used a high-intensity approach once a week and had a work around for leg press because of my hips. My body composition changed quickly but my weight stayed the same at about 280 pounds. That’s a 135-pound loss, but it was more than that. I began to look differently.

At 55, I began a push-up routine and quickly progressed from a 20-year drought of zero to being able to do 30. I was using intermittent fasting as a tool to stay clean and instill personal discipline in my life. I took to it like a duck to water. Most days I’d fast 16-18 hours and never lose energy or be hungry.

Eventually, I got to 265 pounds. It had been several years and 150 pounds since I stood on that grain scale.

It’s difficult to express how radical the change was in my life. I had my first hip replaced, and after I recovered I was back in the gym. But around Thanksgiving 2015 I began to feel a little less well. I was getting tired quickly. By February, I needed to take two and three breaks just to climb a single flight of stairs. 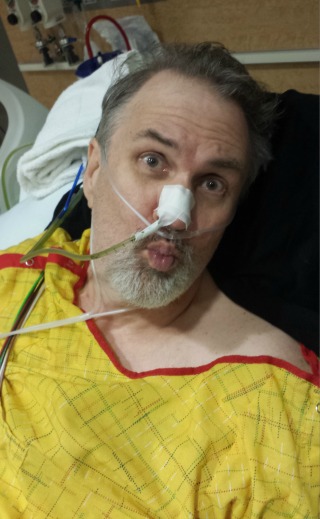 My doctor sent me for a colonoscopy. I went in feeling a bit run down and came out with a stage four cancer diagnosis. Five months earlier I had been feeling better than at any point for 25 years. Now I had a less than 10 percent chance of living 5 years.

I had colon cancer. It had spread to 6 lymph nodes, and I had four tumors on my liver. I didn’t realize I had been getting in shape for the fight of my life. After several rounds of chemo, I had surgery to remove all the infected areas. Half of my liver was taken, 18 inches of large intestine and the affected nodes were removed. Two of the four liver tumors had disappeared from the chemotherapy, so that half of my liver was excluded from surgery.

I can’t imagine what it would have been like if I had not been living primal. Everyone who met me said I didn’t even look sick. Even during the post-surgical chemo therapy no one commented that I looked anything but a little weak.

I read on MDA that some people used fasting to minimize the impact of side effects during chemo. While this is only personal experience, I did notice a big difference between receiving chemo in a fasting state and not. I found I could easily fast 18 to 20 hours into chemo and another 12 to 16 out, and I felt better. 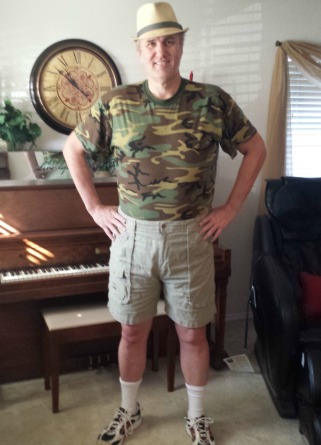 Except for the complications from using platinum-based drugs in my treatment, I had minimal side effects. Those drugs attack your nervous system and cause severe fatigue and neuropathy—both of which I suffered from terribly.

After the surgery and chemical treatment, I had no evidence of disease. Within ninety days I was back working out again and feeling great. Sixty days after that the two missing spots returned in my liver. We treated this one with surgery but no chemotherapy. I recovered and healed really well and returned to work less than three weeks after surgery.

Today I’m 57 years old. I still need a hip replaced, but I’m eating clean, fasting, and have no evidence of cancer in my system. All of the originally diagnosed tumors were gone, and unless it spread to places unknown, I’m clear.

I know there is evidence that fasting helps cancer risk. I also believe it may have prevented mine from spreading even further before discovery. I fell off the wagon with my diet during chemo and gained some weight back. Today I weigh 290 and have about 60 to lose. But I’m not worried. I know the primal lifestyle will help transform me into the best version of myself.

Primal living helped me not only lose 150 pounds, overcome a total hip replacement, and fight off stage four cancer, but it also made me appreciate my life in ways I never did before. I have the energy I need to accomplish my goals and spend quality time with my family. A Primal lifestyle changed me in profound and unexpected ways. 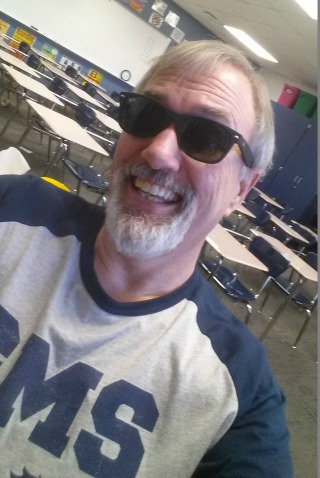 While in the hospital recovering from the second surgery, my publisher sent me an advanced copy of a book I had written. You see, while engaging in intermittent fasting I didn’t eat lunch, and I had a lot of energy that needed releasing. I teach 8th grade science, so I wrote a book about using primal ideas in the classroom. Now The Primal Teacher is out there in the world, helping teachers have better classrooms.

When I started down this primal journey I could never imagine all the places it would take me. Today I live each day as fully I as can. I strive to be in the moment.