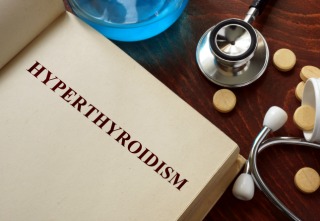 For today’s edition of Dear Mark, I’m answering two questions. The first is a really good one I’m kicking myself for never having considered before: what to do about hyperthyroidism. As the reader notes, everyone’s always talking about hypothyroidism—lack of thyroid function. What about too much thyroid activity? Then, I discuss what Wim Hof means for the placebo effect.

All the information out there seems to be geared towards hypothyroidism, what about hyperthyroidism? Hard to find anything on treating it with a Primal diet. Lol, maybe I’m just unlucky.

Great question. Hyperthyroidism really does get the short end of the sick, doesn’t it?

What can you do?

Reduce iodine: In a recent study, feeding hyperthyroid cats a low-iodine diet reduced thyroid hormones and improved some—but not all—symptoms. Another study had similar results, finding that just 4 weeks on a low-iodine diet were enough to improve fur quality, vomiting, weight loss, and other symptoms.

While I wouldn’t necessarily worry about iodine in common foods like eggs or dairy, don’t go out of your way to increase it. Don’t add seaweed to everything, don’t take iodine drops.

Get adequate selenium: Pregnant women with hyperthyroidism tend to have lower selenium levels than healthy pregnant women, and patients with Graves’ disease (a type of hyperthyroidism) who took selenium alongside their medication saw better results than those only taking medication. However in a later study whose subjects began with adequate selenium levels, extra selenium had no effect.

Reduce BPA and other plasticizers: One of the most consistent associations with cat hyperthyroidism is canned food consumption. Cat food cans are usually lined with BPA or some other plasticizing agent, and these have been shown to disrupt the thyroid. In humans, plastics are associated with lower thyroid levels, while there are different effects in other animals. Either way, it’s likely doing something to your thyroid. I certainly wouldn’t rely on BPA as a thyroid modulator.

Eat crucifers: Broccoli, kale, cabbage, Brussels sprouts, and other cruciferous vegetables contain goitrogens—compounds that inhibit thyroid function. We normally seek to increase thyroid function, but in the case of hyperthyroid a slight depression could help.

Give up gluten: You’re probably already doing this, but be strict. Gluten intolerance and celiac often present with Graves’ disease.

Hope it helps you.

Have you heard about Wim Hof – the Iceman? He harnesses the placebo effect consciously.

Oh, yeah. Wim Hof is an incredible story. From what I can gather, he provides a perfect example of the power of the placebo.

First, if you haven’t heard of Wim Hof, check out this Vice documentary. It’s 30 minutes or so and completely worth watching. Long story short, stricken with grief and the monumental responsibility of caring for his children after the death of his wife, Wim Hof found refuge and new life in nature—by submerging his body in icy rivers. Since then, he’s set 26 world records.

He ran a half marathon in the Arctic circle wearing only a pair of shorts and shoes.

He climbed most of the way up Mt. Everest in shorts and shoes.

He ran a full marathon in the Namib desert without any water.

He swam for almost 60 meters meters under Arctic ice.

More importantly, he trained others to do the same things. In 2014, after just a few days of instruction, 12 of his students were able to successfully counter the inflammatory effect of E. coli endotoxin administration. Both the 12 trainees and a control group were injected with 2 ng of endotoxin, a large enough dose to reliably cause headaches, nausea, and other flu-like symptoms. The trainees blocked the inflammatory response by consciously increasing anti-inflammatory cytokines and neutrophils, experiencing fewer symptoms and normalizing cortisol at an accelerated rate.

Skeptics would look at the clinical validation of Hof’s claims and go, “Well, that’s not the placebo effect. That’s real!” But that’s exactly the point.

The placebo refers to the body’s ability to tap into the subconscious power within. Whether it’s mimicking a painkiller’s analgesia or reducing the dosage of the active drug, the placebo effect is very real, but you don’t control it consciously.

Hof has figured out how to consciously control certain aspects of the autonomous nervous system. He can keep his body temperature within a healthy range and maintain a normal heart rate despite sitting in ice water. He can send blood to tissues on command to keep circulation going. He can bring down the inflammatory response to injected endotoxin, preventing fever and headache and all the other symptoms that normally accompany a healthy dose of e. coli. What I wonder is if Hof and his trainees are actually fighting the infection—sending in immune cells to destroy it—or merely stemming the inflammatory response to it. Time will tell.

I’ve listened to a few podcasts with the guy, and he’s supposed to be embarking on several new avenues of research, including using his methods to fight mental health issues like depression and PTSD. If there’s anything that “placebo” can help, it’s those conditions.

To sum up, I like Wim Hof a lot, and I think he’s a remarkable example of the placebo effect’s potential.

That’s it for today, folks. What about you? What’s your take on hyperthyroidism and Primal? Have you looked into Wim Hof’s exploits?