How to Leverage the Minimum Effective Dose in Your Primal Life 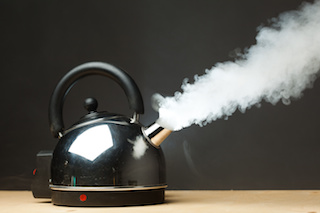 If you haven’t heard about the minimum effective dose, a concept coined by Nautilus fitness creator Arthur Jones and popularized by lifestyle hacker Tim Ferriss in his book The Four Hour Body, here’s the simplest definition: the smallest dose that will produce the desired effect or outcome. For Jones, this was the minimum effective load, the point after which any additional resistance added to the bar would be redundant or even counterproductive to one’s strength and fitness goals. For Ferriss, the MED is about getting the most bang for your exercise and dietary buck.

A popular example is boiling water. If you want to boil a pot of water at standard air pressure, the MED is 212° F (100° C). Adding more heat is redundant and won’t make it “boil even more.”

If you looked closely, the Primal Blueprint has always been about getting the best results for the least amount of pain, sacrifice, time, work, and suffering. It started as a reaction to my prior life as an endurance athlete, where I did the exact opposite: I got decent results for a massive amount of pain, sacrifice, time, work, and suffering. And back at PrimalCon Oxnard in September of this year, my keynote speech was about leveraging the minimum effective dose in various aspects of your Primal lifestyle to get the most benefits with the least amount of sacrifice. The MED isn’t a prescription; it’s a lens for examining our life and determining how to allocate our time and effort. And though it can probably be quantified using extensive tracking, biometrics, weighing, and measuring, that isn’t necessary, or even ideal.

Okay, so how does this apply to Primal living?

My old college buddies still call me Arnold (after the pig from Green Acres) because I ate so much, more than even the football players. I was a naturally skinny 19 year-old with a cremator for a metabolism who ran long distances daily, and I prided myself on being able to eat as much food as I could without gaining an ounce. It was a game, almost: how much food could I eat without gaining body fat?

These days, I take a different approach:

What’s the least amount of food (that’s the dose) I can eat without losing muscle, reducing performance, tanking energy, and going hungry (those are my desired outcomes)?

I’m not starving. It’s not suffering, or going without, or gritting my teeth and powering through. If my sleep were to suffer, my performance in the gym were to drop, my muscle mass were to diminish, I’d know that I was undershooting the MED. If I was constantly getting ravenously hungry, I’d know to eat more. I’ve simply figured out my minimum effective dose for food.

Nowadays, you hear a lot of warnings about dieting in general, or restricting anything in your diet (whether calories or carbs or whatever else). “It’ll ruin your metabolism!” they say. “You’ll gain weight,” they warn. And there’s something to that — I’ve explored the plateau-busting benefits of a well-planned carb overfeed — but a consistent overabundance of incoming food is a major reason people have trouble with weight. Figuring out your caloric MED can help abolish these troubles.

I’ve got the perfect example. Say you’re looking to increase your magnesium intake and hit the daily requirements. You can get your daily magnesium from 2.5 cups of soybeans, which is about 900 calories, or you could steam a 16 ounce package of frozen organic spinach, which is just 140 calories. Notice the difference?

It’s also often just a matter of setting down the fork, leaving a little on your plate, and pushing back from the table filled with all that delicious Primal food. I’m reminded of Louis C.K.’s great bit on his eating habits:

Don’t do that. It’s hilarious because it rings true for a lot of people, but it’s not a model of eating behavior we’re meant to aspire toward. How much food do you really need?

There’s a point at which exercising more isn’t going to get you any closer to your goal, whether that’s to get faster, stronger, or bigger. I saw this in the endurance world especially, where squeezing those last few miles in was always a Good Thing. For many years, I lived by that credo. Every mile helped. Every extra hour spent on the bike made me that much stronger, faster, fitter, and healthier. I “knew” this because I was improving. My improvement appeared to be linear, and I figured it would continue to progress as long as I pushed the envelope.

It was sneakier than that. Because while that brutal training regimen may very well improve your performance in the gym or on the field, it slowly destroys your health, takes away your free time, and invades every other aspect of your life. Is that worth it?

Don’t fall into that trap. It doesn’t work in the long run and I’m glad to have escaped it. Just because some is good doesn’t mean more is better.

The latest exercise science affirms the effectiveness of the minimum effective dose paradigm, particularly when it comes to endurance training. Cardio for health? The assumed health benefits of spending inordinately long periods of time subjecting your body to abject misery are dissipating. Sprints and high intensity interval training get you most of the same benefits — plus some extras — in a fraction of the time it takes to run and bike long distances.

By and large, even the top athletes are figuring out they can train less, if they train smarter. They’re resting more than ever, incorporating strength training instead of exclusively pounding the pavement, and they’ve learned the value of making their hard workouts harder and shorter and their easy workouts easier and longer.

The sun feels great on your skin, doesn’t it? That it offers health benefits like increased vitamin D and nitric oxide production is another reason to get sun. But there’s a point where vitamin D production stops and skin damage sets in, where your skin blisters and the vitamin D formed by your body must be diverted away from general health promotion, bone health, and sex hormone production toward protecting your skin. That point is the minimum effective dose of UV.

Hovering around the MED for sun will also give you freedom in addition to vitamin D. If you’re nursing a bad sunburn, you’ll have to stay out of the direct sun for a week or two. If you stuck to the MED, you can go back out the very next day and enjoy the weather.

Your MED for sun exposure will depend on several variables:

Skin color – The darker your skin, the more time in the sun you’ll require for optimal vitamin D production and the longer you can stay before incurring damage. For a light skinned person, 15 minutes of midday spring/summer sun might be sufficient. For a dark skinned person, it might be an hour.

Whatever your situation, a sun MED exists. The point is to discover and hew to it.

Carbs are a mostly elective source of calories that can be very beneficial in the right dose when divvied out according to training volume, performance goals, and individual variation in tolerance/desire. But the right dose is very important. If you are the daily metcon type, you should probably eat more carbs to the tune of 100 extra grams per hour of anaerobic output. Those carbs will replenish your glycogen — they’ll be put to good use. If you’re just doing lots of walking, lifting once or twice a week, and throwing in a sprint session every now and then, you should probably stay underneath the curve. Make sure your physical activity warrants carb-loading before you carb-load.

Play around with carb intake. See how few you need to support your training on subsequent days. Maybe 150 grams today isn’t quite enough for your morning workout tomorrow, but 200 grams is plenty. Find your sweet spot that supports performance, and stick to bottom range of it.

When I write, I can’t handle long protracted bouts. They just don’t work for me. Say I tell myself, “Okay, Sisson, you’ve got until five o’clock. That’s eight unbroken hours of pure writing time.” I envision an entire post completed. I imagine that chapter finally finished. But in reality, I end up squandering most of those eight hours because, hey, I’ve got all the time in the world!

Smaller doses work better for me. I’ll write for a half hour, then take a five minute break to hop on the slackline or play with the dog. Half hour blocks work because a half hour isn’t negotiable. You only have 30 minutes. Then it’s over, and you get a small reward and the satisfaction of a solid page or two of completed text. In my case, the minimum effective dose of writing is usually 30 minutes (give or take).

Finding your MED for work productivity is hard because it’s always changing. One day, you might be productive straight through for six hours. Another day, you can only go for an hour. That’s fine. You just have to pay attention to what’s working. If you find yourself frittering time away and clock watching and stressing about the work not being done, it’d probably be more effective to go do something else. Anything else – a few supersets of squats and pushups, a coffee break, a short walk around the office/block? As it stands now, you’re just wasting everyone’s time.

Starting to get the point?  Many aspects of life, health, and fitness can be viewed — and maybe optimized — through the lens of the minimum effective dose.

Take caffeine intake. Smaller, more frequent doses of 20-200 mg per hour (the average cup of coffee contains between 100 and 150 mg of caffeine) appear to work better than megadoses. Anything more than that and the benefits plateau while the negative effects (on sleep, for one) grow prominent.

Or soap. As I wrote in the last couple skin biome posts, sudsing up has its consequences. Excessive washing removes natural oils and your protective skin bacteria, drying you out and leaving you open for colonization by pathogens. Where’s the minimum effective dose here? You don’t want to smell or look like Pigpen from the Peanuts, but you want naturally moisturized skin and a healthy, diverse skin biome.

What else? Play around with it and let us know what you think. Thanks for reading, everyone. Have a great Tuesday.

New and Noteworthy: What I Read This Week—Edition 160 How to FINALLY Take the First Steps Toward That Big Scary Go...