How to Handle Constructive Criticism as a Primal Advocate 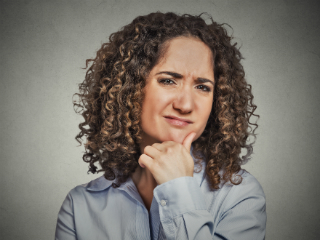 It’s a role that’s probably more often thrust upon us than one we individually choose—that of Primal advocate. There we are minding our own healthy business, and somebody’s question or comment fixes the spotlight (or interrogation light) on us. Why do we eat “so much” protein? What could possibly be wrong with bread? Why do we wear the shoes we do or race down the street like we stole something?

Sometimes it’s the people in our inner circle who are the inquiring minds. Other times it’s co-workers or even strangers. It might even be our doctors. Whatever the case, what might begin as a simple question can often devolve into a full-blown harangue about how we’re putting our health in grave peril. On the flip side, it may be we who descend into an extended diatribe on all things Primal as the other person tries to slink away, having just been intrigued by our lettuce wrapped “un-wich.” How do we respond in these conversations without losing all patience or perspective?

Not all of us are out to become Primal advocates, of course. But you don’t need to be sporting a Grok “Live Long, Drop Dead” t-shirt to garner attention. The fact is, our choices can make us stick out. Just by eating what we eat (or avoiding what we don’t) or otherwise going about our Primal routines, we become accidental examples for a lifestyle conventional wisdom finds unusual or even dangerous.

A lot of people these days have heard enough about paleo/Primal (usually misunderstanding it) to have an opinion, but they may not know other flesh-and-blood adherents. Suddenly you’ve become the spokesperson, poster child, resident expert and/or prime target in their midst. This can be a good thing—or not—depending on their agenda.

Many of us by now have witnessed the positive angle of this. Someone you know (or don’t) asks a question out of genuine curiosity, and you end up having a great discussion. By the end, they’re determined to learn more or even give it a whirl. You walk away having felt like you enjoyed a fulfilling conversation and did an act of public service.

On the other hand, we’ve likely been put in the hot seat, too. Perhaps we’re honest about our lifestyle changes at a physician appointment. Maybe we take a pass on dessert or appear to be an expert at menu substitutions or another choice entirely, but our nonconformity ruffles some feathers. Two minutes into dinner (or a doctor appointment) we find ourselves the center of everyone’s conversation and worry about what we’re doing to our bodies.

I’ve certainly offered my share of tongue-in-cheek suggestions for meeting Primal critiques, but let’s take a serious look at how to respond to those who try to offer their ardent “constructive” criticism and what to consider when we’re moved to share our experience for others’ benefit…

Walk away from outright attacks

I’m going to start by drawing a line in the sand. As they say, you don’t have to attend every argument you’re invited to. There’s a difference between constructive criticism and flat out attack. You can sense whether someone is genuinely curious or concerned or if that person is gunning for a fight (verbal or otherwise). Do they immediately descend into judgment of your character or otherwise make it melodramatically personal (to you or them)? Don’t waste your time or energy.

Maybe it’s your mother in tears as you announce you’re going Primal or an anxious spouse who’s nervous about the changes ahead or even your doctor’s impassioned warning about eating “extra” fat. These people mean well. They do. Their resistance and emotion aren’t an attack; they’re simply misplaced fear spilling over.

They’re making an assessment based on false assumptions, and the more fearful they are the less they’re able to hear logic. In some cases, you might be able to explain the simple reasoning behind the Primal Blueprint and how it will and won’t change your life (see below). In the case of your physician, you might ask him/her to suspend judgment until the biomarkers speak for themselves.

At times, however, (particularly in the case of loved ones), you’ll find your best response is to honor the other person’s emotion itself. Tell (and show) them you hear their fear and that you feel the love behind it. Let them know you wouldn’t be doing what you’re doing if you didn’t have absolute confidence that it would only make you healthier because you want to live a long and vital life with and for them.

Couch it as a personal choice

How does living Primally make you feel? What’s it done for you lately? People can wrangle with you about statistics this, statistics that—likely erroneous numbers or skewed understanding of research anyway. It’s much harder to argue against a person’s individual experience. In fact, it’s near impossible.

If you’ve lost fifty pounds, come off of your blood pressure meds or are otherwise living with enhanced health and energy, then your story is the perfect answer to their criticism, however constructive. Some will continue at the same line of reasoning, attempting to deny the extent of your success. All you have to say in this instance is, “I’m happy with my results. That’s all I need to know.”

Subtract yourself from their choice

Unfortunately, some people feel that because you say you’ve reclaimed your health and vitality with the Primal Blueprint that you’re dictating to them they have to do the same. Sure, it would behoove them (twenty-five cent word of the day) to try it out, too. But I’ve never advocated dragging or nagging anyone to the Primal Blueprint. Your personal success is your best argument—always. The other person will either be willing to acknowledge it or not, but their inability to do so (when that’s the case) will have nothing to do with you.

And flat out tell them they’re free to choose their own path. In fact, tell them you’re not arguing they should do what you did. Maybe it’s not a good fit for them, say. But then say they can always stop by the site or Facebook group if they change their minds about wanting to know more.

Of course, you may find yourself in the kind of conversation where it makes sense to share the logic of the Primal Blueprint. In this case, it’s best to keep it simple.

Because so many people have false assumptions about the ancestral health movement, it might be most effective to address those first. No, we don’t only eat meat. No, we don’t all sleep on the floor (although some people find it more comfortable). No, we don’t walk around in loin cloths. I’m sure you can add to the list of myths.

And then offer a bit about what it means to you—how you personally practice it. I can’t speak for you, but I know some people who might say it means eating as close to natural and ancestral as they can reasonably put together—animal proteins ideally from livestock (or hunted animals) raised in relatively natural and healthy living conditions with their natural feed with nutrient dense vegetables and some fruit.

They might say shaping their workouts to fit the ancestral model of lifting heavy things, moving a lot at slow to moderate paces and pushing for maximum power and speed a few times a week. (You can add this saves time and is a lot more fun than the average workout routine.) They might share they try to get to bed earlier for the best quality sleep and that they prioritize time outdoors for the peace, activity and vitamin D.

There are as many answers here as there are Primal adherents, but you know the basics as they matter to your vision. Instead of arguing a dogma (something the Primal Blueprint definitely is not), simply tell your story of what appealed to you about the principles and how you’ve shaped it to your life and values. A story can reach people in a way rationale can’t.

Don’t try to save anyone

I know this sounds counter intuitive to the purpose here, but suspend judgment for a moment while you read further. We tend to get stuck on the question of why people wouldn’t do what’s healthy for themselves. If they just knew more, we think. If we just offer one more example or statistic, they might wake up. But that’s not your job. It’s theirs.

Trust me. I’m in this business to help people. I am still 100% committed to the goal I set of helping ten million people take back their health. There’s nothing that satisfies me more than seeing people regain their vitality through the simple means of living by ancestral principle.

But here’s the thing. At some point we have to see that health transformation is for people who want it not for people who need it. As the old saying goes, “You can only lead a horse to water. You can’t make him drink.” Self-advocacy has to be a part of the picture. Spare yourself unnecessary frustration by accepting you’ll never make a difference in peoples’ lives who aren’t open to change and who don’t make themselves available for help and education.

Advocating for a lifestyle model you believe in is a noble pursuit. All of us who have improved our lives through the Primal Blueprint (myself included) want to make the same knowledge and support available to others. Rest assured, the proof is always in the pudding no matter what else gets said. Live well, and let the results be your best promotional strategy as well as your personal reward.

Thanks for reading, everyone. Share how you’ve chosen to respond to others’ critiques and what your thoughts are on Primal advocacy. Have a great end to your week.