How to Buy (and Appreciate) Eggs 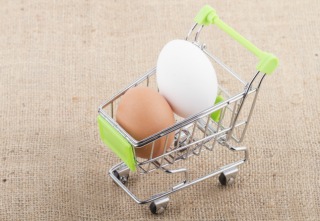 Every Primal mind knows that eggs are a great source of protein, healthy fats, and various vitamins and minerals. Vast amounts of choline, bucketloads of selenium, rare food-form vitamin D—that sort of thing. That’s old news, but useful info nonetheless. Since writing that original post almost nine years ago, however, there’s been a plethora of nutritional discoveries, some I’ve mentioned previously and some not.

For starters, getting a daily fix of egg may further lower your already-slim chances of developing diabetes. In one of the first population-based studies of egg consumption vs. health, over 2000 men between the ages of 42 and 60 were assessed over almost 2 decades. The study found that men who ate 4 eggs a week had a 37% lower risk of type 2 diabetes than those who ate a measly 1 egg per week.

A study done back in 2011 showed that in addition to all their nutritious proteins, fats and vitamins, eggs also contain the two amino acids tryptophan and tyrosine. Two compounds that just so happen to have strong antioxidant properties. Unsurprisingly, researchers found that all the antioxidant goodness was holed up in the yolks, and that cooking the yolk reduced the antioxidant load by half…at which point they’re still as rich in antioxidants as an apple. Not bad at all. (If you like your eggs cooked, there are ways to minimize the oxidation in the yolk.)

Read Next: How to Use Egg Yolks as a Thickener

Eggs also have a way of making a good thing better. A recent Purdue University study found that the lipids contained in eggs can improve absorption of carotenoids from vegetables. Sixteen participants were given a raw mixed-vegetable salad with no eggs, one and a half eggs, and three eggs. The absorption of carotenoids from the salad greens was almost 4 times higher in the 3 egg salad than the salad that had no eggs. Turns out that nicoise salad they always have at your local cafe cabinet is worth a stab after all. One thing to keep in mind, however…it’s really the lipids contained in the yolk that’s extracting all that nutrient magic, rather than the egg whites. Sure, other healthy fat sources (e.g. quality oils and dressings—and, yes, I know some) serve the same purpose, but there’s nothing like egg in a Big A$$ salad if you ask me.

A similar study discovered that adding three whole eggs to salads increased vitamin E absorption by between 4 and 7 times. Considering vitamin E is the second most under-consumed nutrient in the average American diet, it’s nothing to minimize.

And those infamous egg critiques we all grew up hearing? Yeah, dead in the water long ago. A study published this year involving 2500 subjects showed that eating an egg a day is not associated with an elevated risk of dementia, Alzheimer’s disease, or any other form of memory disorder. Little surprise there.

By the same token, research continues to prove that there’s no link between consuming the cholesterol in eggs and coronary heart disease—even in those folks “predisposed” towards cardiovascular complications.

Eggs can be a nutritional powerhouse, particularly when they come from quality sources. The problem is, it’s not always obvious what “quality” even means in the mysterious world of marketing. Cage free, free range, organic, all-natural, pastured, omega-3…is it all just commercial gibberish? The look of the eggs inside the carton won’t be of help either—they all just look like eggs.

To get the most nutrition for your money and to know the sourcing conditions of what you’re investing in, a few pointers are helpful. To recap…

Cage-free eggs might imply that the hens that lay them enjoy some form of freedom, but don’t be fooled. Legally, there’s very little meaning behind this label, beyond the emphasis that cage-free hens are permitted to move around outside of an individual cage. In most cases, this simply means they’ve traded a small cage for a much larger one, also known as a “henhouse” (enormous industrial enclosure). These houses are typically packed to the walls with chickens, to the point where they’re often just as cramped as they would be inside a cage. They can technically engage in social behaviors with other hens, but this usually just means they peck at each other in their fight to get access to food and as a result of the unnatural stress of their close confines. The result is that many have their beaks partially snipped in the first few days of their life. Not cool.

Nutrition-wise, cage-free eggs are possibly a little more nutritious than the average caged chicken egg, but only just. Their feed may or may not be a little better, and they can at least move around a little, but they can’t roam, bathe in the sunshine, or eat a natural diet. They’re also pumped with antibiotics—some of which can pass from the chicken to the egg.

Technically another step up in the egg nutrition pecking order, but the meaning of this term varies considerably. Government regulations remain surprisingly lax on the definition of “free range”, and generally only require that poultry farmers allow their hens some form of access to the outdoors. While there are those farmers that take this meaning literally, most opt for the cheapest and easiest available option – a tiny chicken-sized door in a corner of the shed. Sure, those chickens technically have the option to go outside, but most either can’t or choose not to anyway. To truly know just how “free range” those eggs are, you need to do your own brand-specific investigations.

Arguably a step back down in the egg nutrition department, these eggs are essentially just from cage free hens. They don’t have access to the outdoors but can theoretically move around freely and are probably still healthier than caged hens.

These eggs come from hens that are fed higher levels of flaxseed, linseed or omega-3 supplements. It’s a good thing. One study showed that omega-3 fortified eggs had five times the omega-3 content of a conventional egg and nearly 40% lower omega-6 content. Keep in mind most of that is ALA-based.

Considering the average Primal diet contains plenty of natural omega-3 sources, I wouldn’t be relying on these eggs for your daily quota. If the cost difference is substantial where you shop, you might be better putting that money toward some quality fish or fish oil.

With the organic certification comes a fair bit of oversight, including a ban on GMO feed, antibiotics, free access to the outdoors, and of course completely organic feed (grains). And that organic feed might be offering you more than you think, considering research into egg feed over the years has found everything from organic arsenic to banned antibiotics to residues of acetaminophen, diphenhydramine (active ingredient in Benadryl) to fluoxetine (the active ingredient in Prozac). This isn’t to say every conventional feed has any or all of these, but personally I prefer having a better idea of what’s not in the feed.

An organic label now ensures a certain level of humane conditions. With recent changes to organic standards, animals are required to have enough room to lie down. Until last year, debeaking was often part of an organic farm practice.

While chickens aren’t kept in battery cages, they may not necessarily be outdoors. Nonetheless, living conditions won’t be as crowded as a conventional setting because of audited density standards. There’s also no guarantee for organic feed.

I’ve skipped over a number of other egg marketing terminologies, including “all-natural,” “United Egg-Producers Certified,” “vegetarian fed” (no bugs or grubs allowed), and “farm-fresh.” File these under meaningless or irrelevant.

There’s No Substitute for Pasture-Raised.

Pastured eggs are, quite literally, the cream of the crop. Since my last post nearly a decade ago, there’s more research and availability. Pastured hens are raised on farms that allow them to roam freely to their hearts’ content, pecking at bugs, plants, shoes, dogs – whatever takes their fancy. They receive ample sunshine, and aren’t injected with hormones, antibiotics, or steroids. Life is good for the pastured hen, and they pass this down into your pastured eggs.

But don’t just take my word for it. A Pennsylvanian study from a few years back found that the nutrients in pastured eggs far surpassed anything found in “commercially-raised” eggs. According to the lead investigator, “eggs from pastured hens eggs had twice as much vitamin E and long-chain omega-3 fats, more than double the total omega-3 fatty acids, and less than half the ratio of omega-6 to omega-3 fatty acids.” Throw in higher vitamin A concentrations, and you’ve got yourself a no-brainer when it comes to forking out a few extra coins for eggs of the pastured variety.

Various investigations conducted by the American Pastured Poultry Producers Association (APPPA) back up these findings. In one of their analyses, poultry extraordinaire Barb Groski grabbed a bunch of egg and broiler samples from pastured and unpastured chickens and sent them away for lab analysis. The pastured eggs contained 40% more vitamin A, 34% less cholesterol (not that we were worried), and four times as many omega-3s. The pastured meat displayed similar nutritional superiority. A couple of Portuguese studies found much the same, with considerably more omega-3s in the pastured hens.

Don’t have access to locally raised/pastured eggs? Vital Farms is doing a stellar job of partnering with small farms across the country to make good eggs more accessible. And not just at Whole Foods: I’ve seen them at Target, Ralph’s, Vons, Safeway, Albertsons, and plenty of other stores.

Thanks for reading, everyone. Have you noticed a change in taste or your own health in switching from conventional eggs to organic or pastured? Do you have specific farms or online sources you’d recommend?