Dear Mark: How Often Should I Supplement with Turmeric? 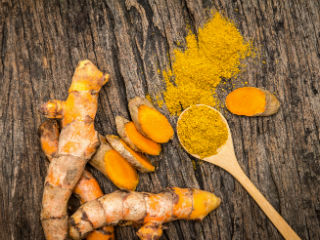 For today’s edition of Dear Mark, I’m talking about turmeric. Last week, I made an off-handed recommendation that people not eat high doses of turmeric, prompting a great question in the comments. Are there actual dangers to turmeric consumption? Is there something you folks should know? Does something perilous lurk within that yellow powder in your cupboard?

Not exactly, but I did make that recommendation for a reason. Let’s find out why:

This is the first I’ve heard that turmeric should not be taken regularly for the same reasons as liver and brazil nuts. I was already aware of the potential toxicity of overdoing liver or brazil nuts, but what are the dangers of turmeric for a normal healthy person? I understand the blood thinning aspects of it could be potentially harmful for someone already on blood thinners or is pregnant, but what about someone without any underlying issues?

My dog and I have turmeric and black pepper almost every day in our food or supplement form. Should I be scaling that back to 1 or 2 times a week like liver or just use it in low daily dosages like brazil nuts?

It’s not so much that turmeric is bad. There are real considerations, like the blood thinning issue (turmeric can inhibit clotting, so anyone already taking blood thinners like coumadin should ask their doctor before using turmeric) or the iron absorption issue (turmeric inhibits iron absorption, which is great for people with iron overload or hereditary hemachromatosis, but an unwanted side effect for people who need to absorb their iron). But I’m not really talking about those.

Consider the widely touted fact about turmeric absorption: Without black pepper providing piperine in the same meal, we’re just not very good at absorbing curcumin, the primary constituent of turmeric that everyone’s gaga over. It simply isn’t very bioavailable without the addition of black pepper.

Why don’t we absorb curcumin very well on its own? Could there be a reason for that?

I hedge my bets. Obviously, curcumin and turmeric have proven health benefits. Studies—controlled ones, even—show that taking curcumin can do many incredible things for us:

I’ve written about turmeric many times before, so I won’t belabor the benefits.

However, is more always better? Should we eat as much turmeric as humanly possible?

Remember that polyphenols and other antioxidant compounds largely exert their beneficial effects via hormesis: by provoking a stress response that triggers secretion of our own antioxidants. With hormetic stressors, some is better than both none and too much. Curcumin is no different.

And we know that turmeric works really well in smaller doses, sometimes better than larger ones.

For instance, smaller doses of curcumin are better at reducing amyloid plaque in Alzheimer’s models than larger doses, and seniors who take low doses of curcumin enjoy a diverse range of metabolic and overall health benefits.

In populations where regular turmeric consumption is associated with health benefits, like India, they’re not treating the spice like a supplement. They’re cooking with it. They’re adding it to milk and ghee. For them, turmeric is one of many spices, not a wonder supplement they megadose. If the association is causal, small incidental food-borne doses are enough.

That’s why I use turmeric as a spice, as an ingredient. I mix it with pepper and add to my eggs. I make curry. I throw it in beef stews and soups. And for very explicit, acute reasons, I might take a megadose now and then.

If I have an inflammatory issue, or maybe my old arthritis is acting up, I’ll have some turmeric tea with a hefty spoonful, as turmeric is an important element in the ‘arthritis diet.’ A big dose of turmeric, black pepper, and the murkiest extra virgin olive oil you can find is fantastic before a night of drinking. If I had depression, I’d probably try curcumin. If I had cancer, I’d dig into the curcumin/cancer literature. If I was a lot unhealthier than I am now, I’d probably increase my intake. Studies show that in unhealthy populations or those with existing inflammatory issues like osteoarthritis, higher doses of curcumin work well. Here’s more information on the health benefits of turmeric , plus, my supplement routine.

But what about overall healthy people?

I don’t know about high doses. It’s probably fine, but what if it isn’t? Trust the body. Don’t override its natural regulation of bioavailability unless you know what you’re doing.

If you’re feeling fine, stick with your current intake and err on the side of lower intakes. If you’re treating a known condition, go higher. Great job giving it to your dog, by the way. I’ve been known to throw a few dashes of turmeric in my dogs‘ bowls and have heard good things from other dog owners.

I was just cautioning against people who saw turmeric on my “top supplemental foods” list and assumed they should make it 2% of their diet.

Thanks for reading, everyone. I’d love to hear your take on turmeric dosage.

Do you use it? How? As spice or supplement?