How Light Affects Our Sleep 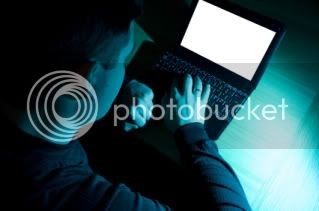 Most people are at least cursorily familiar with the concept of the circadian rhythm. For those who aren’t, the circadian rhythm refers to our internal, approximately 24-hour cycle of biochemical, physiological, and behavioral processes. Every living thing, from fungus to bacteria to plant to animal, has a circadian rhythm. External cues called zeitgebers (what a great word, huh?) help synchronize or alter our rhythms; they include temperature, nutrition, meal timing, social interactions pharmacological interventions (medicines, drugs), and, most prominently, the light/dark cycle of the earth.

Yes, light, or the lack thereof, plays an enormous role in the regulation of our cycles, especially our sleep cycle. For millions of years, light was an objective, exogenous measure by which organisms established behavioral patterns, hormonal fluctuations, and sleep cycles. Depending on the seasons, the position of the global axes, and the weather, you could pretty much count on light, bright days and deep, dark nights. Nocturnal hunters and scavengers took the lack of light to mean “eatin’ time,” while other animals (including humans) sought shelter and slumber when night fell. Daylight meant activity and safety (since we could, you know, see everything). Fire, then, wasn’t just about cooking and providing warmth; it also allowed humans a small sliver of daylight’s safety and security at night.

Before I go on, I need to make something clear. My regular readers will have already grasped this concept, but I think it’s a good idea to reiterate it. Though it’s tempting to place us humans on another plane of existence, apart from the mindless flora and fauna that share this world, we are animals. Sure, we’re smarter and more complex than the others, but we’re still subject to these exogenous zeitgebers worming their influential fingers into our subconscious and fiddling with our circadian rhythms. Our tendency to get sleepy when night falls isn’t a cultural relic; we didn’t consciously decide to start sleeping at night because it was too dangerous to be out in the dark. The culture of standard bedtimes arose organically, if you can even call it culture. Does the chirping of birds in the morning reflect cultural tendencies? Is “the early bird gets the worm” a standard axiom in avian academia? No – the early bird’s evolutionary niche decrees that it wake up bright and early in order to get food. It’s basic natural selection, and humans are the same way. We don’t decide to get up early. We get up early because of a complex pattern of environmental cues telling us to get up. Throughout our evolutionary development, handling business during the daytime was simply how we survived. We can’t escape nature.

But boy do we try.

The zeitgeber (can’t get enough of that word) with the biggest impact on our sleep cycle is light. Period. And it’s not just natural light that affects our sleep cycle, but also unnatural, manmade lights. That’s kinda how we operate, actually, as instinctual beings who often misinterpret “unnatural” because, well, our physiology isn’t exactly intelligent. It’s not sentient. It’s purely reactive. Blue light from a 10:00 AM sky, blue light from your computer screen at midnight – it makes no difference to our circadian rhythms. It’s all the same to our bodies, because for millions of years blue light meant daylight, not a late night blog comment section or reruns of The Daily Show. And it’s the blue light specifically that appears to monitor our sleep patterns the most.

Like insulin and inflammation, blue light is integral to our health – in the correct amounts. When we’re exposed to levels of anything in excess (or too little) of what we would have experienced for the bulk of our evolutionary history, problems arise. Blue light regulates our secretion of melatonin, the sleep hormone. Exposed to blue light, we limit the production of melatonin, and we stay alert and awake; in the absence of blue light, melatonin production ramps up, and we get sleepy. This system worked quite well for a long time. Reddish light from fire (our formerly primary source of nighttime illumination) has little to no effect on melatonin production, so sleep wasn’t disrupted when we relied on fire. These days, though, we’re subject to a steady barrage of blue light. During the day, blue light (natural or unnatural) isn’t much of a problem because we’re supposed to be awake, but at night, when we’re “supposed” to be getting ready to sleep, we tend to sit in front of blue light-emanating appliances, and our sleep suffers for it.

(An interesting note on how we respond to blue light. For years, scientists assumed circadian rhythm was set by sight (of light) alone. Person sees sky/LCD screen and the same visual system that allows colored vision determines the hormonal, behavioral, or other physical reactions to the light. It makes sense, but that’s not how it works. It turns out that there exists a second, more dominant system responsible for setting circadian rhythm based on light input. If a person’s sleep cycle depended purely on traditional color vision, we’d expect the blind to universally suffer from disrupted sleep. They do not, however, and this is explained by optical cells that express a photopigment called melanopsin. Unlike the standard rod and cone opsins, melanopsin doesn’t help us see. Instead, it reacts most strongly to blue light, and scientists think it’s the primary regulator of the biological clock and production of melatonin. In otherwise blind patients with intact melanopsin systems, blue light has a strong effect on their sleep cycles.)

Blue light has its place, of course. A British study found that blue light-enhanced white lights in the workplace improved alertness, performance, and even nighttime sleep quality in employees. That’s during the day, though, when blue light exposure is normal and expected. Nighttime exposure to blue light disrupts our sleep hormones. Television, computer screens, even digital clocks with blue numbers – they’re all common sources of late night blue light that can affect our production of melatonin.

Is blue light the only issue? It certainly appears to be the primary driver of circadian rhythm, but it’s not the only one. In a recent study, researchers found that while monochromatic blue light suppressed melatonin production via melanopsin stimulation, polychromatic white light (which includes blue light) stimulated melanopsin equally while suppressing melatonin to an even greater degree. Clearly, it’s not just blue light’s effect on melanopsin affecting our sleep cycles.

Still, blue light is the low-hanging fruit, and there are some simple steps you can take to mitigate its late-night effect on your sleep.

(Thanks to this thread on PaleoHacks for the last two tips.) Also, don’t forget to expose yourself to blue light during the day so that your cycle normalizes – it goes both ways, you know.

Does anyone have experience cutting out blue light exposure to great effect? Let the world know in the comments. Learn to Listen to Your Body Again

Why Am I So Hungry After Exercise?

197 thoughts on “How Light Affects Our Sleep”