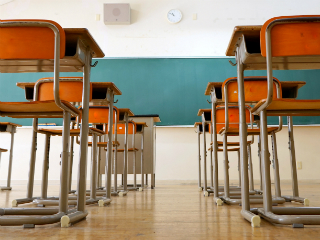 Research indicates that the growing emphasis on academic rigor in grade school is ineffectual at best and counterproductive at worst.

Several months ago, a pair of studies threw early education enthusiasts into disarray. The first compared the subsequent achievement of kids enrolled in an academic pre-k program to kids who were not (PDF). By first grade, the kids who’d attended pre-k were slightly more advanced, but by grade two, the benefits vanished and even gave way to deficits. Second graders who’d never attended pre-k were beating those who had. They had better work habits and a more positive outlook on school in general. In the second, researchers found that delaying kindergarten for one year reduced hyperactivity and attention problems at age 11 by 73% and nearly abolished the chance that the average child would have a higher-than-normal rating on the “inattentive-hyperactive behavioral measure.” Other than their preschool background, the kids were all drawn from similar pools.

Earlier pre-school studies have had similar results: small short term benefits to academic performance which dissipate quickly, give way to performance deficits by the second grade, and make kids feel worse about school.

Now, some kids thrive on this kind of system, while others thrive despite it. That’s obvious, given our overall success as a country. But there are millions of kids, particularly the rambunctious, energetic ones, for whom the traditional public school set-up doesn’t work.

So what’s wrong with most early education?

The kids sit in boxes

Grade school teachers try to spruce up their classrooms with books, posters, decorations, class pets, colorful wall paper. But you can’t escape the oppressive banality of the four walls, a ceiling, and a door you can’t access without explicit permission from an adult. Too many schools are slightly more friendly prisons.

Humans aren’t born sedentary (well, maybe a newborn is pretty dang immobile). Years of sitting changes our bodies and makes us inured to the ravages of sedentary life. Young kids aren’t there yet. They have yet to accept the inevitability of their classroom situation. They fidget. They fuss. They manage to be incredibly active while somehow staying in their seat. Give them the chance and they’ll burst out of their chairs to throw themselves into anything requiring ambulation. If I sit for more than a few hours, I feel like garbage. And I’m in my 60s. Imagine how your first grader feels. I’m convinced that the 12 years of primary schooling inures us to the ravages of sitting and makes it the default setting for the rest of our lives.

The kids have very little agency

If you’re walking through a Whole Foods parking lot, hold your kid’s hand and watch where they’re going. Prius drivers on juice fasts are not to be trifled with. But in safe environments with a low risk of traumatic injury, we should support kids’ instinct to roam and at the very least decide what to do with their time. School kids today have no agency. Heaps of responsibility (homework, routines, tests, extracurriculars) and little respect for their decision making skills.

Recess is undervalued and inadequate

Recess is shrinking. Most grade school kids are lucky to get a single 20 minute block of free outdoor play per day. Some schools don’t even give first graders any recess at all, and a disturbing number of them even hold recess hostage as a punishment for poor behavior or performance. This is a travesty, not only because recess (and PE) increase physical activity and step count, but because physical activity improves learning and reduces acting out. In one Texas grade school, implementing four 15-minute recesses a day reduced bullying and tattling, improved focus and eye-contact, and even stopped the neurotic pencil chewing teachers were noticing among their students. The kids are testing ahead of schedule despite less actual classroom time and test prep. Recess improves academic performance, and physical play improves subsequent learning capacity. Give a kid a 15 minute play break for every 45 minutes of book learning and he’ll learn more than the kid who studies an hour straight.

In both the US and the UK, boys trail girls through primary, secondary, and higher education. The nurture versus nature debate notwithstanding, anyone who’s met a handful of them knows that boys are in general more rambunctious, more boisterous, and less able to sit still for extended periods of time. They’re also far more likely than girls to be diagnosed with ADHD and placed on stimulants. Girls and boys who can’t sit still are penalized, but this “problem” afflicts boys disproportionately.

They are unnaturally rigid

The structure of school is unnatural. School starts at 7:30, sharp. You form lines. You arrange your desks in grids. You follow the lesson plan. Recess is 10 minutes to the second. Piercing alarms signal the end of fun. Back to class! Don’t run. Everything is distinct and separate. Math is 50 minutes. Break. Put away your math books; take out your English books.

Life flows. Life is fractal. Moments bleed into each other. School should reflect that.

Later start times: 8:30, 9 AM. This would give kids extra sleep. Everyone needs sleep, but kids need it more than anyone. It helps them consolidate memories and recently learned skills. Even the CDC has called for later start times for schools. as kids especially need a lot of sleep. Kids are staying up later and later thanever before. Particularly in studies using teen subjects, delaying school start times by 25-60 minutes can increase total sleep duration by 25-75 minutes per weeknight. That’s up to more than an hour of extra sleep a night, five days a week. That’s a huge ROI.

There’s more beneficial fallout that the studies don’t address. When you push the start time back, the mornings are less stressful for everyone. Instead of giving your kid cold Poptarts and Gogurts in the car, you’re scrambling eggs, slicing apples, and frying bacon. You’re not worried about being late, you’re taking your time. Hell, maybe there’s even time to walk to school.

Walking to school: Until recently, kids weren’t even allowed to show up to school alone. They needed to be dropped off or accompanied by a parent or guardian. I’d go a step further. At my ideal grade school, the default would be arriving alone. If a parent wanted to drop their kid off, they’d need a permission slip and doctor’s note.

More and longer recess: Recess needs to be longer. The absolute daily minimum is 45 minutes (spread across 1-3 sessions), though I’d like to see the entire day spent outside with movement interlaced with learning/lessons..

More time in nature: Ideally, the entire school day takes place outdoors, but even a small daily nature excursion is better than nothing. The benefits are immense and irrefutable:

Add to those the general benefits of green space seen in all humans and the forest kindergarten setting looks more attractive.

More male staff: Quotas are abhorrent and I would never support them, but I’d certainly try to make schools more attractive to qualified males. As it stands now, over 80% of elementary and middle school teachers are women and it’s even more lopsided in kindergarten and first grade. Both boys and girls can benefit from a male perspective. It’s nearly impossible for people to avoid injecting their personal biases or preferences into their teaching style, whether the teacher’s a man or woman. Having both men and women teachers balances out the biases.

Fewer rules at recess: Kids can climb trees, roughhouse, leap fences, ride bikes, play tag, play dodgeball, play butts up, and all the other classic playground games that carry a modicum of danger. Kids won’t be expelled for playing cops and robbers or making finger guns. Staff intervenes only if kids request it or injury is imminent. The whole point is to introduce kids to risk. Navigating relatively small risks (skinned knee, hurt feeling, short fall, wounded pride) builds mettle and prepares developing brains to deal with bigger risks. People talk about school as preparation for the meat grinder of “real life,” but most schools eliminate any real prep work because adults mediate every conflict, grievance, hogged sandbox, and stolen dinosaur toy.

Tons of climbable structures and trees: Kids (and adults) need to climb things. It’s fun, it builds strength, and introduces manageable risk. You get stuck, you get yourself unstuck. You can climb all the trees you want, but you’ll have to get yourself down.

No busy homework: The evidence for homework is weak to nonexistent. Instead of giving five year olds an hour of paperwork to complete, give them open-ended suggestions.

“Read a book with your parents and tell the class about your favorite part of the story.”

“Find 7 leaves, each from a different tree, and bring them to class.”

More doing: Humans learn best by doing. Everyone accepts that we learn languages best by speaking it or being thrown into a foreign country, not by reading language lessons. But learning through doing works for everything. Learning the fundamentals matters, but only if you also practice them. I learned to write by reading and aping other writers. This even works in subjects like math. One American educator, Benezet, showed that children who delayed formal math instruction in favor of natural math instruction (doing) until 8th grade quickly caught up to and outperformed kids taught the traditional way.

Mixed ages: Segregation by age makes little evolutionary sense (until the public school system arose, children had historically hung out with other children of all ages) and without age mixing children miss out on many benefits (PDF):

Younger kids can only do age appropriate activities. With an older kid’s help, a younger child can accomplish much more. Two 4-year olds throwing a frisbee around is an exercise in futility. Include a 7-year old and it gets a whole lot more productive for everyone.

If all that sounds good to you, fear not. Similar education models are out there and available. Homeschooling is growing (and homeschoolers generally outperform public school attendees), as is unschooling (a more radical, child-directed version of homeschooling; unschoolers also have good outcomes). Democratic schools, like Sudbury Valley or NYC’s Agile Learning Center, give children the chance to direct their own learning with staff as facilitators, not teachers.

Parents are going to have to ease up and let go and just let kids be kids rather than tiny college applicants. The hovering needs to cease. It’s one thing to share articles about the value of letting children fail and walk to school alone and take risks. It’s another to actually do those things.

But I’m optimistic. In the near future, I can see this model of school, or something approaching it, only growing more popular. It’s all part of the growing acknowledgement by everyone that the way we currently do things—whether it’s what we eat, how we exercise, how we raise and grow food, or how we educate our children—may run counter to our evolutionary heritage and that other, better ways probably exist.

What do you think, readers? Parents, kids, non-parents, teens, teachers: what does your ideal vision of early education look like? The Primal Blueprint Revealed a Potential I Didn’t Kno... I Wanted To Get To the Root Cause I Changed My Relationship With Food