How Going Primal Helped Me Lose 30 Pounds, Eliminate Pain, and Stamp Out Bloating

My name is Andrew Mencher. I live in Long Island, New York. I am 27 years old.

Starting the new year of 2016, like new years past, my then girlfriend, now fiancé, and I decided to begin the new year fresh with a healthy attitude.

This year was different, however. I was living with the love of my life, not alone, and little did she know at the time I had been planning to propose. Starting in January, with little research and only Conventional Wisdom to guide us, we began to eat less meat as a start. This failed for me, big time. I began to eat more grains and quick foods just to fill the gap in energy levels I felt. (Side note: I am lactose intolerant so cheese and milk and other delicious nutritious items that could have filled the gap is a no-go for me). I began to bloat more and feel tired and sluggish. I gave up on that after a month and began to eat animals again.

After giving up on the low meat diet I was undecided on what to do and just going about my diet as I had been before. Gastroenterologically lost, but with a hope to become healthy not just for the wedding but for the life I will spend with my future wife.

I was unhealthy, but not overly. I had no underlying medical issues, I was semi-active with martial arts and irregular gym visits, and I didn’t “over” indulge in desserts and junk daily. I had an interest in health but never applied it to my life. I was frequently bloated though, and I had random pains, not medically diagnosed. I am 6’3”, my heaviest weight was 265-270lbs, though at the time I began the Primal way, though I didn’t know it was “Primal” until months later, I was around 255lbs.

For me it started with podcasts. I listen mainly to comedy podcasts, and Joe Rogan is included. I had not listened to his conversation with Mark yet, but I had heard him ramble consistently on the ketogenic no-low carb diet he was experimenting with. That was the seed but not the catalyst. The real catalyst was listening to Robert Kelly’s You Know What Dude podcast. He’s a comedian who struggles with weight and in late February/early March 2016 he released an episode with a host of overweight comedians. At this time Bob Kelly was trying to lose weight and was also giving the no-low carb way a try. The whole episode was an ode to food. Listening to these overweight/obese comedians talk about food resonated with me on a very deep level, and that scared the daylights out of me.

The obsession/dependency on junk and the unwillingness to change because of apathy and resignation to the addiction was disturbing because I was able to relate to it so well. It was that point that I realized that I was not healthy not because of a lack of desire, or a lack of availability, but because I didn’t know what truly healthy was and never really wanted it enough to put forth an effort to change. I had/have such an emotional attachment to food stemming from childhood memories and being the basis on which I created friendships, that I looked at food (especially indulgent food) as a source of identity; I was a food-guy. After listening to that episode I swore never to be like a guest on that podcast. I also began to listen to health and exercise podcasts. I learned later my identity as the food-guy was just self-imposed. My friends, fortunately, are good friends and never really cared that I was the food-guy. They supported me and my decisions and suffered through my diatribes and monologues on the food changes I’d made.

The next day I swore off added sugar and processed carbs (with one “cheat meal” a weekend). No random candies in the office or baked goods from a co-worker. No ginger ale with dinner. No rice or pasta or bread or bagels or oatmeal or any carb I could think of. The following two weeks was met with light headedness and teeth gritting “hunger” (a.k.a. sugar and salt withdrawal). I have a constant hunger craving and I had to learn be OK with being hungry sometimes (this was the second hardest part of my change). I created my own breakfast (a banana mash which is a banana mashed with hemp seed, raw cacao, and a nut butter of choice) which I mostly stuck to with the occasional scrambled eggs with bacon if I forgot my banana at home. Lunches were salads topped with grilled chicken. Dinners were a bag of frozen veggies in a steam bag and some sort of meat/fish/poultry. It wasn’t easy and I had to creatively use spices to maintain variety, but I was/am determined to stick to it. What made it easier was changing my perspective from “I can’t eat that” to “I don’t eat that.”

The first two weeks I dropped 10 lbs and the weight kept sliding off.

Starting in May, after my body got used to the change in diet I kept a regular gym schedule. As time went on and I did more research Mark’s name was mentioned and it stuck with me. Rogan mentioned Mark’s book during another podcast and I bought it, and I signed up for the email newsletter. This led me hours down a rabbit hole of analyzing my food intake in terms of what was and was not natural/primal and tweaking what I could. I incorporate healthy fats and mostly removed corn and legumes. Peanut Butter was a hard one to drop, mainly because alternatives are expensive.

Now, at the end of September, 7 months later, I am down to 220-225 from 255ish (I try not to put too much emphasis on weight), I exercise regularly, and I feel great; no bloating or random pains. 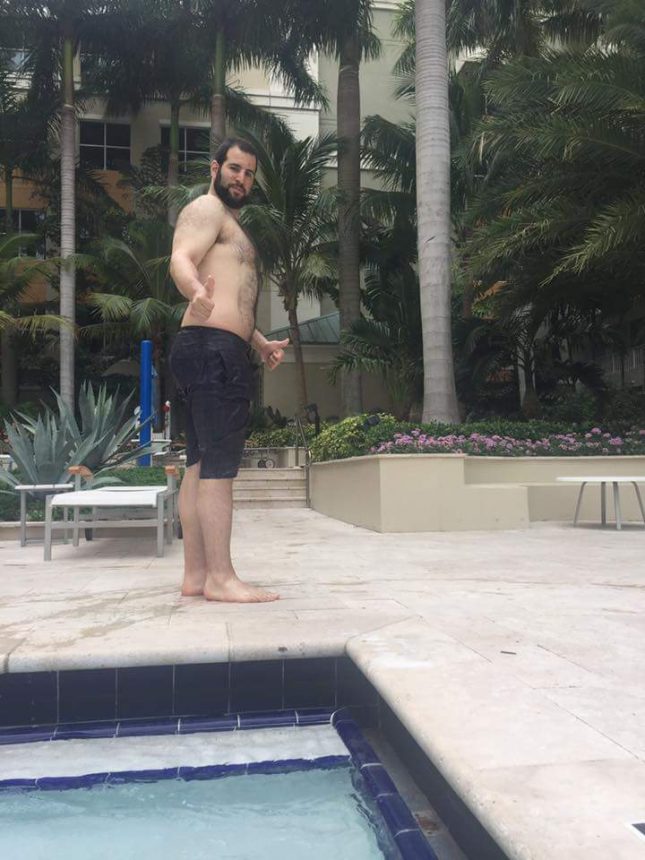 My martial arts has improved and I am definitely lighter and more energetic on my feet. I am looking forward to focusing on losing that last little bit of belly fat and toning up; optimizing my body to the best it can be. My biggest problem now is not having the budget to replace my oversized clothes. Thank goodness for belts.

Others have noticed the change. My office asked me to do a reoccurring discussion with co-workers on what I did to become healthier and lose the weight. I’m disseminating what I am learning to my family, my health conscious brother has taken note. I appreciate the scientific breakdown of why Mark decides what is and is not Primal, and that he is nuanced enough to change with new evidence and studies. Primal is great because it’s a series of broad suggestions which make the most sense rather than micromanaging food.

I’d call my experience being primal a success, but it’s not yet complete, and will never be. I’m still relatively new to the whole thing so I’m looking forward to the ongoing process and slow steady progress to come.