How Going Primal Can Help With 5 Common Genetic Mutations 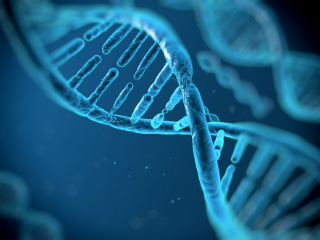 As I mentioned earlier this year, our personal ancestry can help determine how we respond to certain dietary, behavior, exercise, and lifestyle patterns. The big question remaining is this: does going Primal mesh with some of the more common polymorphisms? Yes. The Primal Blueprint is a living document. Its foundation rests on pre-agricultural human evolution, but by remaining flexible and offering ample room for personalization, it acknowledges the fact that evolution has continued to occur.

Let’s take a look at five genetic mutations and how the Primal way of eating, living, and moving can help mitigate their downsides.

By now, you’ve likely heard of exercise “non-responders”—people who don’t respond to cardio the way they’re supposed to. Rather than experience health and fitness benefits, an exercise non-responder might see no changes, or even detrimental ones when they exercise. These non-responders seem to cluster in families, an indication of genetic influence.

Aerobic exercise non-responders are the most common. Whereas about 85% of the population experiences big improvements in VO2max after sustained endurance training, about 15% do not. They can work hard, about as hard as the others, and follow the same protocol yet experience almost no improvement to their oxygen consumption rates. In some people, endurance training can even degrade their health. They actually experience worsened insulin sensitivity, lower HDL, and elevated blood pressure when they train.

If a person is an aerobic non-responder, they do the work but see little benefit unless they really up the intensity and duration of their aerobic training. This means they have to lapse into chronic cardio territory just to get the “benefits,” and that carries its own set of problems as I’ve discussed many times before. Since animal studies suggest that exercise non-responders are more reliant on glucose for energy, that their blood sugar levels decline more rapidly and they can only run about half as long during endurance exercise, increasing the intensity and duration isn’t sustainable.

What does seem to work is high-intensity training. The experts claim that non-responders need high-intensity, high-volume training to see results, but when you examine the study designs you find they haven’t tested the kind of high-intensity, low-volume training I promote. For instance, sprint interval training works for exercise non-responders. They may have to increase the number of workouts they do, but at least they’re getting somewhere without having to spend several hours a day in that elevated HR zone.

There’s also a psychological component to movement that most training programs neglect: is it enjoyable? If you’re a non-responder with low blood sugar seeing very few results, you’re not going to keep plodding along the treadmill. But that same non-responder may have a blast playing Ultimate Frisbee, or learning a martial art, or breaking through the clouds to reveal a stunning sunrise on an early morning hike. Incorporating, or indeed focusing on play as the proximate goal of training and movement is a winning strategy for people with a genetic aversion to exercise.

This is me. Based on my genetics, I have an increased risk of incurring soft tissue injuries like arthritis and the various tendinopathies.

But those genetic polymorphisms are linked to soft tissue injuries across the population. What’s the “population” doing?

They’re eating inflammatory diets. They’re not exercising or moving much at all, and when they do, they do it wrong. If they’re dedicated exercisers, they probably train too much. They’re not eating the whole animal. That’s how I used to be, and sure enough, I ended up with a steady stream of soft tissue injuries. When I went Primal, they stopped.

By reducing systemic inflammation. Fewer unnecessary carbs, more anti-inflammatory plants and spices, better sleep, more omega-3s, and an increased awareness of stress and the danger of chronic inflammation lead to less of it.

FADS1 controls elongation of shorter-chain polyunsaturated fats into their longer-chain counterparts. People with certain FADS1 mutations are bad at converting alpha-linolenic acid (ALA) into the longer-chained (and extremely important) omega-3s EPA and DHA. In pregnancy and nursing, these mutations can lead to impaired levels of omega-3 in the breastmilk and lower IQ in the fetus. To get enough of the physiologically relevant forms, they need to eat them directly.

If there’s one thing the Primal way of eating does well, it’s promote the consumption of healthy animal fats containing long-chain PUFAs. Indeed, certain people simply need to eat more fatty fish to be healthy. I’m one of them, likely owing to my Scandinavian ancestors coastal living and heavy reliance on marine foods.

Other PUFA metabolism variants affect the conversion of linoleic acid into inflammatory compounds. If you have these variants, higher intakes of linoleic acid (around 17 grams per day in one study, which is typical for people eating regular modern diets) are associated with breast and prostate cancer.

In the end, no one benefits from excessive intakes of omega-6 PUFAs and some are harmed. On the other hand, eating adequate amounts of omega-3s through marine foods and pastured eggs is safe for everyone and especially crucial for some. Going Primal takes care of all that by eliminating the most concentrated source of linoleic acid (processed seed oils) and emphasizing regular fatty fish consumption. The modern western model of high omega-6 intake through seed oils and low omega-3 intake is bad for every polymorphism; going Primal reverses that.

Whether it’s countering airborne pollution, detoxifying toxins like ethanol, or regenerating immune cells, glutathione is the premier antioxidant in our bodies. Unfortunately, some people just don’t make enough glutathione to deal with modern insults. Multiple genes determine how much glutathione we synthesize. Among them, GCLC is the gene regulating the cysteine-to-glutathione conversion pathway. GCLC-knockout mice with the cysteine-to-glutathione pathway severed normally develop severe steatosis and die from total liver failure within a month. Giving them a concentrated source of n-acetylcysteine (NAC), a widely available and inexpensive supplement, restores some glutathione synthesis by providing the necessary building block and rescues them from liver failure. They’re not rescued from death—the mice do end up with chronic cirrhosis of the liver—but they live longer.

The Primal eating plan includes many of the richest sources of cysteine and other glutathione-boosting foods, like whey protein and dietary flavonoids found in colorful fruits and vegetables.

Forget any other diet. With its forests of broccoli, spinach, and asparagus and the acknowledgment of liver’s nutritional supremacy, the Primal way of eating can be exceedingly rich in folate. This makes it a great choice for MTHFR mutation carriers with an impaired ability to convert folic acid to folate. Folic acid, the most common supplemental form of the vitamin, can work for folks without a MTHFR mutation, but the form of folate found in food is the most helpful for people with a mutation.

What about veganism, Sisson? Isn’t that going to be ideal? Sure, vegans—at least the ones who actually eat vegetables—have the biggest folate intakes of anyone. But there’s another nutrient whose requirements are often elevated in MTHFR people: B12. And because B12 is only found in animal foods, vegans are almost guaranteed to be deficient without supplementation. So when it comes to correcting the common deficiencies inherent to MTHFR polymorphisms, going Primal helps.

There are other polymorphisms—too many to cover. But these were five that jumped out at me. What about you, folks? Got any questions or comments about these or other genetic variants that interact with your Primal lifestyle?