How Does the Keto Reset Fit Into the Primal Blueprint? 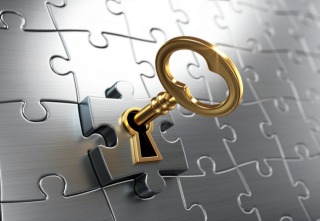 Today I’m going to address a big question some of you have been asking in the comment boards and via email:

Where does the Primal Blueprint eating plan fit into the Keto Reset diet?

It’s a good question. An expected question. It’s true that I’ve been focusing almost entirely on the Keto Reset in 2017. I’m passionate about it. I truly believe it can help almost everyone, and I want to get the word out to as many people as possible.

When I started out on this keto journey, I wasn’t sure where it would take me. I was completely content with my own diet and the results it gave me. I had energy, good athletic performance and recovery, and good cognitive function. The food was great. I loved to eat and never felt restricted.

Going keto was an experiment to see:

What I realized—from personal experience, reading clinical research, and talking to keto experts—is this: the most powerful effect of ketogenic dieting is that it supercharges your fat-burning ability. Not ketone-burning (although it definitely does that), but fat-burning.

See, one of the most common misconceptions is that ketogenic eating is all about getting into ketosis.

Actually, the most worthy goal of ketogenic eating is to enhance your fat burning abilities. Keto-adaptation begets fat-adaptation. Once you switch over to a  ketogenic diet and your body realizes that glucose is no longer an unlimited resource, it’ll learn to burn the hell out of free fatty acids. But before it can build new fat-burning mitochondria and retrofit the existing ones to take advantage of all the free fatty acids you have at your disposal, your body will rely on ketones for its energy.

Building up that fat-burning machinery takes time. Initially, burning ketones is a stop-gap for your glucose-deprived muscles. And because your brain can’t burn free fatty acids directly, it will gradually transition over to obtaining more of its energy from ketones over the long haul. While a carb dependent brain burns 100 percent glucose, a highly keto-adapted brain can get around 2/3 of its estimated 150 grams of daily energy expenditure from ketones, and the remainder from glucose. Even this paltry 50 grams of absolute necessity glucose doesn’t necessarily have to come from dietary carbohydrate; it can be obtained as a by-product of fat metabolism or from gluconeogenesis (the conversion of protein to glucose).

What this all means is that keto doesn’t replace the Primal Blueprint way of eating. It augments it. It enables it to work even better. Once you build those fat-burning mitochondria and train your old ones to burn fat more effectively, those changes don’t just disappear overnight. You can go back to regular eating and retain those benefits.

In fact, I think most people shouldn’t stay keto for life. There’s no good reason for the majority of people to forever abstain from Okinawa sweet potato and never again eat more than a single slice of a summer nectarine. Food is too good, and too good for you.

However, it’s quite apparent that most people would benefit from going keto some of the time. And that’s where the Keto Reset fits snugly into the realm of the Primal Blueprint way of eating. By increasing metabolic flexibility, building new fat-burning mitochondria (and training existing ones to get better at it), and getting off the sugar-burning roller coaster, keto is a supplement to the standard Primal way of eating. Like nutritional supplements, the Keto Reset doesn’t replace Primal. It fills in a hole. It increases the effectiveness of Primal-style eating. It makes sticking to a Primal/paleo/low-carb eating style easier and more productive.

If I had to make a blanket recommendation, I’d suggest anyone interested in long-term ketogenic dieting spend most of their time in the “keto zone.” That’s where your diet is fluid. You’re regularly slipping in and out of ketosis. You’re a bit higher carb one day to help with an intense training session and go right back to lower carb the next. And throughout it all, because you’ve put in the work necessary to build up that fat-burning machinery, you’re always great at burning fat and you retain your ability to burn glucose/glycogen when needed.

That’s where I am these days—the keto zone. From the outside, it’s actually not that far off from how I ate before the keto reset. Same basic foods promoted and eliminated. Similar macronutrient ratios. But with my newfound metabolic flexibility and the improvements in mitochondrial function, it feels different. I eat a little less. I’m a little more efficient with my calories. And I’m not getting any of the negative effects usually seen in diehard adherents to calorie restriction. I’m still killing it in the gym, on the board, and on the Ultimate field. I’m sleeping great. My cortisol levels are in a good place because my body isn’t perceiving this way of eating as a stressor. I’m productive and busier than ever.

Honestly, my increased metabolic flexibility really does seem to give me more flexibility; I can fast for 24-hours traveling to Greece, get there and indulge in much higher carb consumption than my baseline with fewer ill effects than with past carb binges, and generally allow for much more intuitive eating instead of regimented eating.

The integration of keto into your dietary arsenal goes to show the special power of the Primal Blueprint—as a jumping off point for interesting nutritional experiments, and as a safe and reliable home to which we can return after extensive forays into the wild around us. It is, after all, the foundation of eating our species rests upon.

Thanks for reading, everyone. I’d love to hear how you have (or haven’t) integrated keto into your Primal way of eating.